You have seen them everywhere – From Samsung to Apple, the smart watch is the next big thing to come out of the technology world. But, what if you want the benefits of communication between your watch and mobile device without the overly techy display? Enter the Frederique Constant Horological Smartwatch.

The Frederique Constant Horological Smartwatch is part of the new category of watches called the connected watch, which is slightly different than the smart watch category. The connected watch bypasses the typical smart phone digital screen, which allows connected watches to keep you linked to your phone while still retaining the timeless beauty and craftsmanship of Swiss watches.

And, because it's estimated that over the next 3-5 years almost half of all watches exported out of Switzerland annually will become quartz connected timepieces (Source: Frederique Constant), make sure that you are ahead of the game. Let's take a look at what makes this watch so uniqe and special:

Designed by MMT, a joined venture formed between Frederique Constant and Fullpower - the individuals who powered the wearables for Nike and Jawbone – the Frederique Constant Horological Smartwatches are able to sync with your iPhone or Android mobile device through the MotionX-365 App by simply activating Bluetooth on your phone and then following the instructions.

What we like about the watch is that it's the link between modern functions and classic design. At the bottom of the face of the smartwatch is a dial that shows how close or far you are from your activity and sleep goals, which is derived algorithmically. To switch between modes is as easy as pressing the watch’s crown either one or two times, or holding it down for three seconds. To see your sleep patterns and walking and running activity, just check your app. 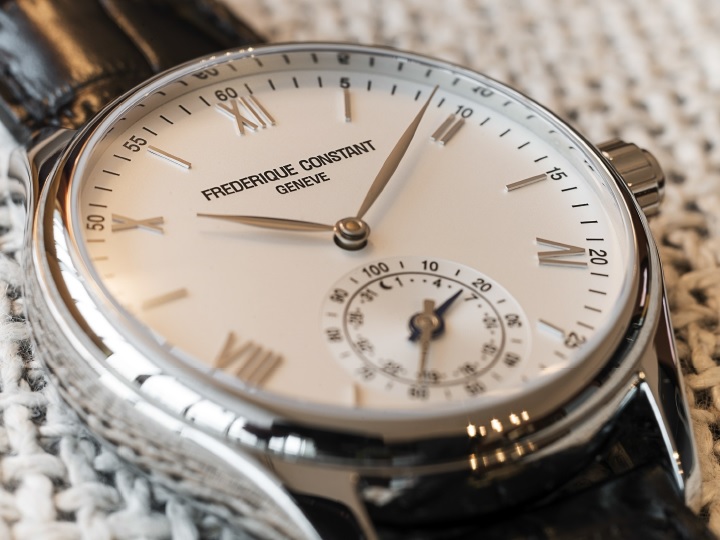 One of the clear benefits of the Frederique Constant Horological Smartwatch is that by using a battery-powered quartz watch movement and the low energy of Bluetooth, the connect watch does not need to be recharged, because it can maintain an estimated 25 months of activity with a regular watch battery cell before the battery needs to be replaced.

In the end, what sets this luxury watch apart from the rest is that it's able to be adapted into your lifestyle seamlessly because it's both visually appealing and easy to use. If you were looking for the perfect bridge between classic Swiss watch beauty and Silicon Valley, it’s here.

The Frederique Constant Horological Smartwatch is now available at Long's Jewelers. To get more information, please contact us.

To see the watch in person, visit any of our five retail locations or make an appointment with one of our watch specialists.