Introducing the Breitling Emergency: Now Legal In The US – Long's Jewelers Skip to content

Introducing the Breitling Emergency: Now Legal In The US 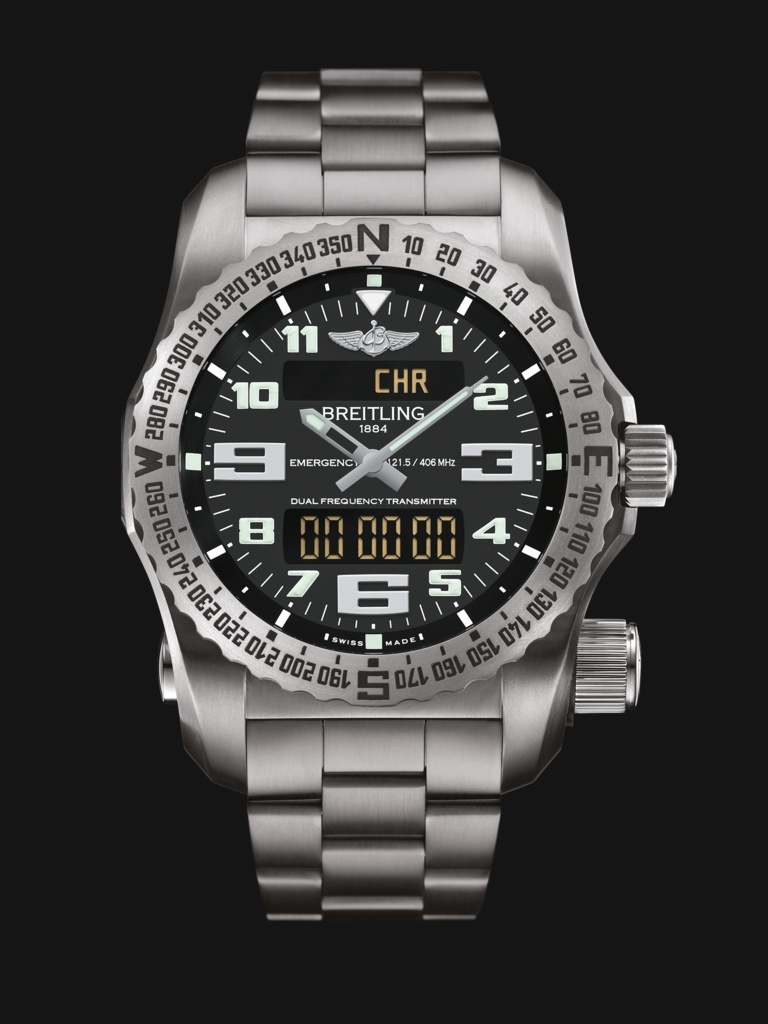 For over 200 years, Swiss watch maker Breitling has been a leader in developing the highly accurate time keeping movements that we have today and is regarded as the inventor of the modern chronograph. That's why it's no surprise that they're one of the watch industry's most innovative brands - constantly changing the definition of the watch by developing new complications.

Many of these complications have been strategically developed to be used in Breitling's line of Professional Watches, which aim to be the ultimate instrument for the jobs that require a technical watch on which you can depend. They include features such as hybrid digital and chronograph movements and even wi-fi connection which can be found in the new Breitling B55 Connected.

Well today, one of these professional watches just became available to the American market after 20 years of being banned. It's name is the Breitling Emergency, and it may be the only watch that can save your life.

Continue reading to learn about the watch and why it took so long for us to get our hands on one.

What Is The Breitling Emergency?

The Breitling Emergency is truly the ultimate watch for professionals, with features designed to aid in the aviation and military fields. Starting with its build, the Emergency boasts an ultra large 51mm bezel that makes reading the watch easy at-a-glance. The case is made out of titanium with the option to get black titanium if you need a stealthy watch for a military mission or just prefer the look. If you find yourself in the water with the watch, there's no need to fear as it is water resistant up to 50 meters.

The Emergency is powered by the B76 movement, which is a member of the Superquartz movement family. Superquartz movements like the B76 are thermocompensated, which means that they'll adjust the speed of the movement as the temperature changes. I won't go into the technology behind this, because all you really need to know is that it makes the watch 10 times more accurate than the standard quartz movement. The B76 also gives the watch the unique ability to have both analog and dual digital displays. This is very convenient for someone who needs all of their information in one place as it gives you the ability to tell time while simultaneously utilizing functions like countdown timers, loud alarms, a stopwatch, and a second time zone clock.

Why Was The Breitling Emergency Banned? 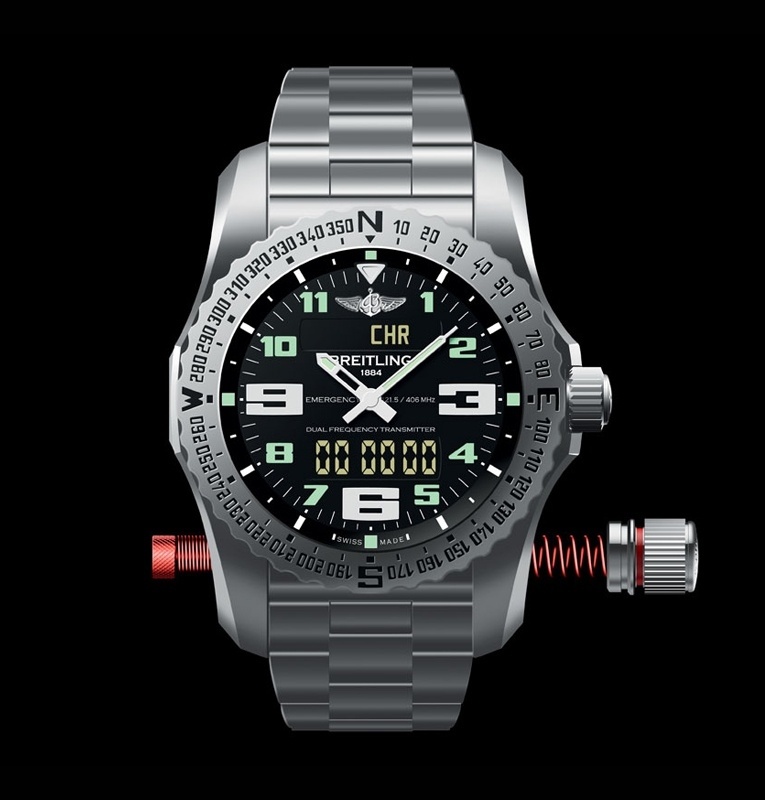 Although the Breitling Emergency was created in 1995, it has been banned for sale in America until it was finally approved in June 2015. During this twenty year period, the watch was a popular item among European collectors and built up a cult following strong enough to warrant the design of an new model dubbed the Emergency II.

So what is it about this watch that made it illegal to sell in America for so long? The answer lies in the watches most important function: a dual frequency emergency transmitter that has been built into the case.

Like I mentioned earlier, Breitling is constantly developing complications with professional applications in mind. When they were designing the Emergency, they knew that in real emergency situations, such as a plane crash, it isn't always possible to reach a locating beacon to signal for assistance. So they set out to design a compact version that could be built into a watch so it would be accessible at all times.

The emergency beacon is automatically activated when the lower crown is unscrewed and the two antennae are pulled out from their housing in the lower portion of the watch case. Once activated the antennae system will send out a digital frequency meant to alert satellites of an emergency, as well as an analog homing and rescue frequency. These two frequencies work together to give out extremely accurate location information to rescue teams and can send out a signal for over 24 hours on a full battery.

This watch has the ability to save countless lives in emergency situations, so why is it that it took 20 years to approve it for sale? Well up until now, the watch was being put to the test in extreme scenarios to see if it could actually perform to the levels that it claims. They were also testing to see how emergency responders would be able to respond to these distress signals and confirming that this is a legitimate alternative to other locating beacons.

WARNING: What you should know before you buy

It wouldn't be right for me to tell you about this cool watch that you can finally buy without warning you about its terms and conditions. It should go without say but I'm going to say it anyways, you ARE NOT allowed to set off the emergency transmitter unless there is a genuine emergency. Rescue teams will respond to the signal once it has been set off, and they will not be happy when they show up at your house to a false alarm. Along with an annoyed rescue team, you will also face a substantial fine for a false alarm as well as a reconditioning fee to repair the antennas. With that being safe it is next to impossible to set the transmitter off accidently, and as long as you avoid letting people play with the watch, you won't have to worry about the false alarm.