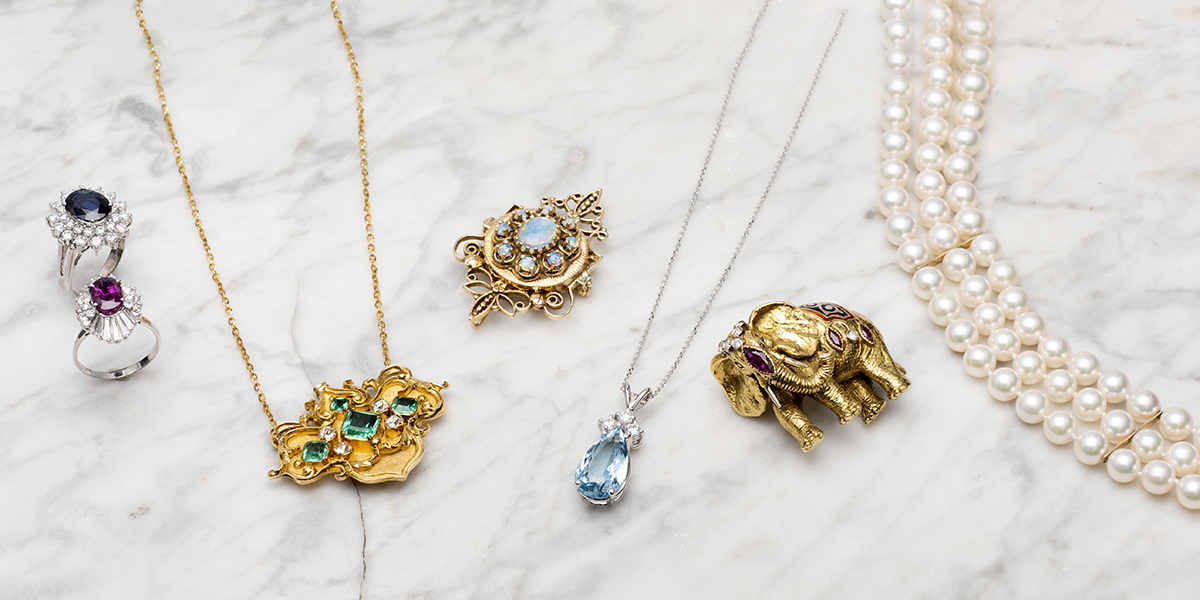 You've been wearing jewelry for as long as you can remember with accents including sapphires, rubies, emeralds and more. Maybe you love your birthstone and wear it all the time, or maybe you wish your birthday fell on another month, claiming a different birthstone as your own. Either way, you definitely have a favorite! Sure, all gemstones are captivating and beautiful in their own right, but what does it mean when you wear them? It's good to know the back story as you don your birthstone or favorite gem. We're here to fill you in on some facts you probably never knew!

2. In Ancient times, the Egyptians considered emeralds to be sacred symbols of fertility, life and immortality. This gemstone was worn by many including the most famous, Cleopatra, who was known for adorning herself and her palace with emeralds as well as giving them as gifts.

3. Emeralds were known to have medicinal value, believed to be good for eyesight, a cure for dysentery and a preventative for epilepsy. It was also known to assist with childbirth, drive away evil spirits, and protect the wearer's chastity.

1. Sapphires are well-known for their blue hues but they also come in pretty much any color you can think of, except for red! This is because the gemstone that would be considered a red sapphire is actually called a ruby.

2. Sapphires are notoriously associated with the British Royal Family due to the famous Ceylon sapphire and diamond engagement ring bestowed to Princess Diana from Prince Charles. What is often unknown is that the connection of sapphires to royalty dates all the way back to the 2nd Century A.D. when Kings would wear them around their necks to protect them from danger and to ward off their enemies.

3. The Ancient Greeks used to associate sapphires with the god Apollo and would often wear them at the infamous oracle of Delphi as sapphires were believed to be their connection to the spirit world.

2. Rubies symbolize power and protection. When worn as a talisman, it was believed to help keep warriors in battle safe from harm, and wearing a ruby on the left would make its wearer invincible. This belief was so strong that some warriors would even insert rubies into their flesh underneath the skin-now that's dedication!

3. Rubies were believed to restore youth as well as rid the body of toxins when rubbed on your skin. They were also believed to improve blood circulation.

1. Aquamarine, meaning "sea water", was known in ancient times as a precious treasure from mermaids. This gem was believed to protect sailors if worn as amulets engraved with the Greek God of the Sea, Poseidon. This would keep them safe at sea, ward off sickness and protect them from evil.

2. Dating back as far as 500 A.D., aquamarine has been used for its beauty, healing powers, and its ability to both calm and sooth the nerves. Known even today as a meditative tool, most likely due to its clear blue color not unlike the ocean, it is said to lead the wearer to its core spirituality.

3. Considered today a symbol of faithfulness, courage, and friendship, this March birthstone is also used as the wedding anniversary gemstone for the 19th year of marriage.

1. The name garnet comes from the 14th Century Middle English work "gernet" meaning dark red which is further derived from the Latin word "granatum" meaning seed. Garnets were named this after the red seeds of a pomegranate.

2. Most known for its deep red hue, garnet actually exists in many colors, including green as shown by the ring in the video above.

3. At one point referred to as the "Gem of Faith", garnets were said to bring peace, prosperity and good health to a home. It was believed that those who wear garnet and do good, should expect more good in return. In contrast, it was said to bring bad fortune if one were to commit bad acts while wearing garnet.

3. This gemstone is known as a symbol of hope, purity and fidelity and it is the official gemstone gift for the 14th wedding anniversary.

Which estate piece is your favorite? Browse our full vintage & estate online collection or visit us in stores to see more vintage and estate birthstone jewelry!