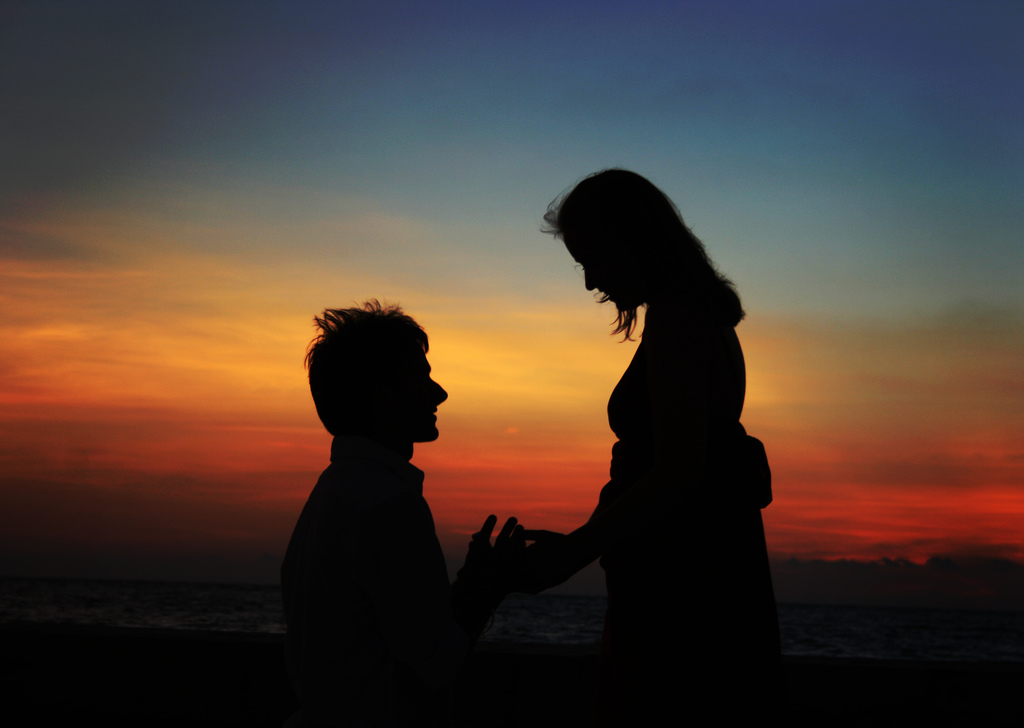 This Long's Jewelers proposal story features Jason and Margaux, as told by Jason:

“After purchasing my ring at Long’s I knew I had a perfect ring – now the question was how to pull off the perfect proposal. The two qualities I was looking for was romanticism and the element of surprise. I decided I would do the proposal in one of the nicest areas within driving distance of Boston – Newport, RI. I knew I would have to get Margaux to pack a bag, so weeks before I made up an itty bitty lie about a supposed work reception at the nearby Liberty Hotel. I also told her I had reserved a room to ensure that she would have her bags packed for an overnight trip.

My parents who live out of town were in on the plan as well. They flew into Boston on Friday, and on Saturday we all went out to lunch. I got the “call” letting me know the work reception was canceled, and as a result, I told Margaux we should save staying at the Liberty for another occasion. So there we were sitting at lunch, our weekend blown up – or at least she thought so. Then my mother had a “brilliant idea.” She would call the timeshare my family has been going to my whole life and see if it was open (as if that’s how it works). Fortunately the person who owned this particular week had turned it back in so for a small fee Margaux and I could stay there. Margaux loved the idea so we made our way down to Newport.

Now, I had a private beach house rented overlooking Narragansett Bay and the Atlantic Ocean but Margaux thought we were going to my parents’ time share – a place she had been once before. We got to Newport and it was pouring rain! We had a couple of drinks downtown so The Castle Hill Inn would have time to set up the room as I requested. Our plan was to go back to the timeshare so she could shower before dinner… little did she know what was in store for her. As we drove “the scenic route” she quickly realized we were somewhere she had never been before, but I told her I was taking her for a ride. Now, I thought the rain had ruined my plan. There was a lighthouse on the property that I planned on walking her to, where I would get down on one knee and propose. We would then walk back to the room at the inn. Well, the rain foiled that plan but the proposal actually turned out to be perfect. As we turned the final corner of the ride, the ocean was in front of us and a giant wave crashed up against the coastline. Margaux screamed “whoa!” We pulled into the driveway and she said “this is not your timeshare, I feel like I’ve been deceived.” I told her she had indeed been deceived and we got out of the car and ran to the beach house door to avoid the rain. Castle Hill left the key outside the door for me so we walked right in. The room has soft music playing, the fireplace going, champagne on ice, and pictures of us all around the room. A table was set up by the window for our candlelight dinner overlooking the ocean. She was in shock and before she had a moment to take it all in, I was down on one knee proposing – and she said yes!”

We wish Jason and Margaux the best of luck!