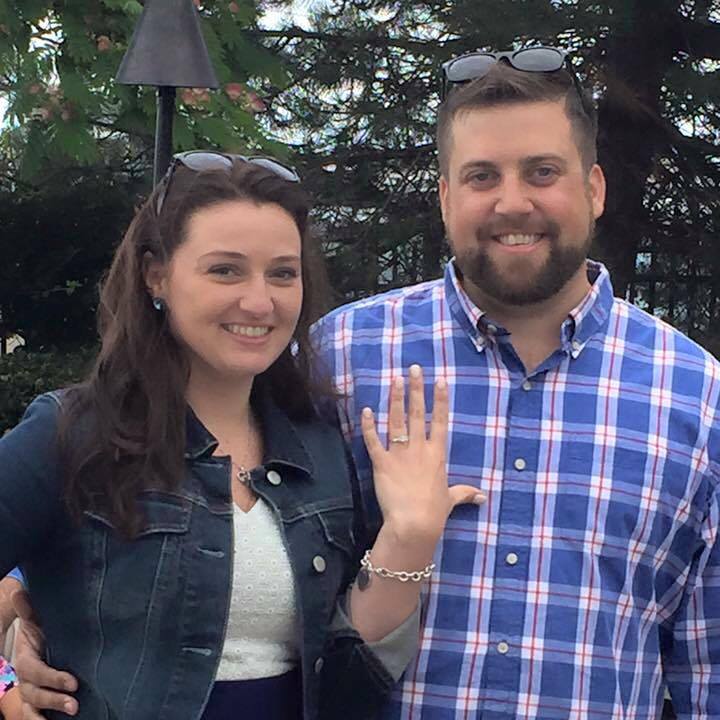 We always love to share Long's proposal stories! Christopher reached out to us to share his proposal story that involved some impressive creativity. Read all about it below:

How did you meet?

"We worked at an outpatient counseling center I work as a mental health counselor and she is a social worker. I attempted to throw a party to get to know her better, but had to cancel it when she got sick. But I asked for her phone number to call her if I were to throw another party."

So we went to lunch at a nearby restaurant and started walking along the same route we took that night. I made a plan with my brother that he would stash a box along the route ahead of us. In the box was a few things that acted as reminders of big events for the 2 years we dated.

As we were kneeling and looking through the box I handed her a napkin from the restaurant we just ate at and said she should put it in the box because its the restaurant we ate at before I proposed. At this point I took her hand and presented the ring to her. After we went to another restaurant nearby where I set it up that family and friends were waiting, including her parents who came from out of state.

Long's was integral to this very special day, and if it weren't for the beauty of the ring you helped me pick out, she would not have been distracted enough to miss all of our family waiting at the restaurant until she almost walked into them. Thank you Long's Jewelers."

"It is a platinum band three stone set with princess cut diamonds, with the center stone being a full carat." 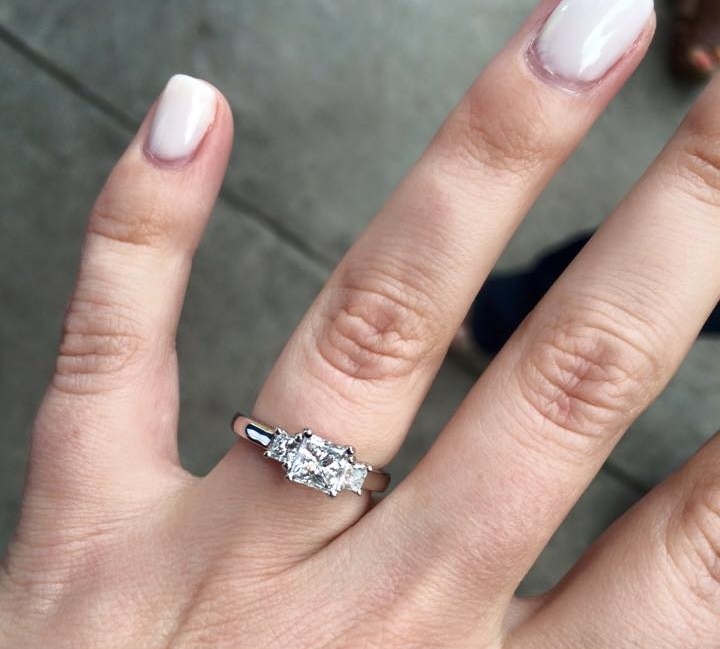 From all of us at Long's Jewelers, we'd like to say congratulations and best of luck Christopher and Katie in the future!