What Is The Difference Between Antique, Estate, and Vintage Jewelry? – Long's Jewelers Skip to content

What Is The Difference Between Antique, Estate, and Vintage Jewelry? 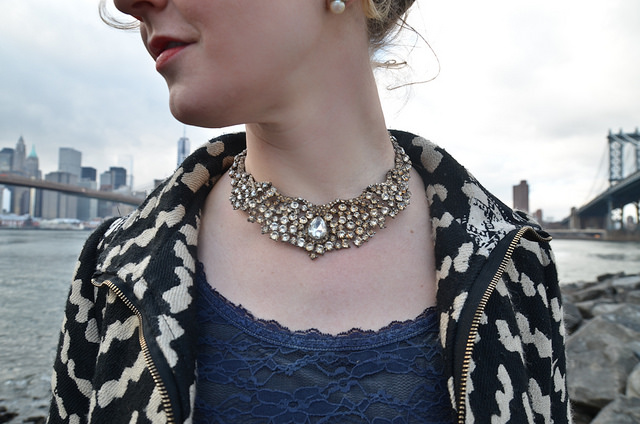 Understanding the differences between estate, antique and vintage jewelry can be confusing because the terms can often be used loosely or incorrectly. But, to keep everyone on the same page, there are some more concrete definitions that have been established to help distinguish between the three.

Most of the distinction between estate, antique, and vintage jewelry comes from the age of the piece and whether it has been previously owned.

Find out what determines whether a piece is classified as estate, antique, or vintage:

Because estate jewelry has been previously owned, the jewelry has had time to age in some capacity. It's rare that a piece is sold for estate immediately after it is bought. And because this jewelry has usually been around for at least a few years, most estate jewelry can be categorized as either vintage or antique.

Very simply, antique jewelry is any piece that is over 100 years old. These pieces are often very rare and precious and typically have a lot of history associated with them because of their age.

Antique jewelry is often characterized by which decade it came from. The Georgian Era (1714-1837) has pieces that are handmade. This jewelry predates the Industrial Revolution, and very few of these delicate pieces survived. Georgian jewelry is very rare and valuable and often has nature details and precious stones.

Then there were the Victorian years. The Early Victorian Romantic Era (1837-1850) features nature-inspired designs which were delicately and intricately created in silver and gold. Lockets and brooches were popular along with colored gemstones and diamonds. During the Middle Victorian Grand Era (1860-1880), much of the jewelry became dark and less colorful. The Late Victorian Aesthetic Era (1885-1990) was characterized by star and crescent designs plus renaissance revival lockets set with seed pearls of flowers, hearts, and animals.

The Arts and Crafts Era (1894-1923) consisted of simplified, handmade jewelry which was a rebellion against the styles developed by machine during the Industrial Revolution. This jewelry did not have excessive decoration, and the construction was often visible, featuring hammered metals and handcrafted techniques.

Jewelry of the Art Nouveau Era (1895-1915) revitalized the jeweler's art, with nature as the principal source of inspiration. These pieces were complemented by new levels of technique in enameling and the introduction of new materials, such as opals and semi-precious stones.

The Edwardian Era (1901-1915), named after Queen Victoria's son Edward, was characterized by extravagant jewelry with the reintroduction of expensive diamonds, rubies and emeralds arranged in complex designs.

Vintage jewelry is any piece that is less than 100 years old, but is generally greater than 50 years old. The second half of that definition is loose based on which jewelry professional you ask.

After the 1920's, there were a few different eras of vintage jewelry. In the early part of the Retro Modern Era (1945-1960), Hollywood-inspired pieces were colorful, bold and flamboyant, including large cocktail rings, bracelets, necklaces, pins, and charm bracelets. Gold became the metal of choice because platinum was not available to the jewelry industry during WWII.

You could also find Jacqueline Kennedy inspired 60's jewelry and dramatic and gold jewelry of the 80's that is considered vintage.

And the fun thing about buying vintage jewelry sometimes is that, with a quality piece, after 100 years of age it could turn into an antique piece while you still own it!