A History of Classic Jewelry Periods

Here at Long’s, while we feature a great selection of fashion jewelry, diamonds, and time pieces by current designers, we also have an expansive vintage and pre-owned jewelry department. Our estate and vintage jewelry collection has a constantly revolving selection of antique, period, and one of a kind pieces. Many are from classic jewelry periods, and the stories behind these eras are often intriguing. Below is a summary of some classic jewelry periods that are represented in our vintage jewelry collection:

The Georgian Era spans the reign of four English Kings named George. Jewelry pieces from this period usually had stones set in silver with the back enclosed in metal – silver fused to gold. Diamonds were Rose Cut or Old Mine Cut. Natural themes such as foliage, flowers, ribbons, animals or a single curved feather were the most popular styles of the time. These items can be hard to come across in good condition due to their age as well as their status as collectibles. 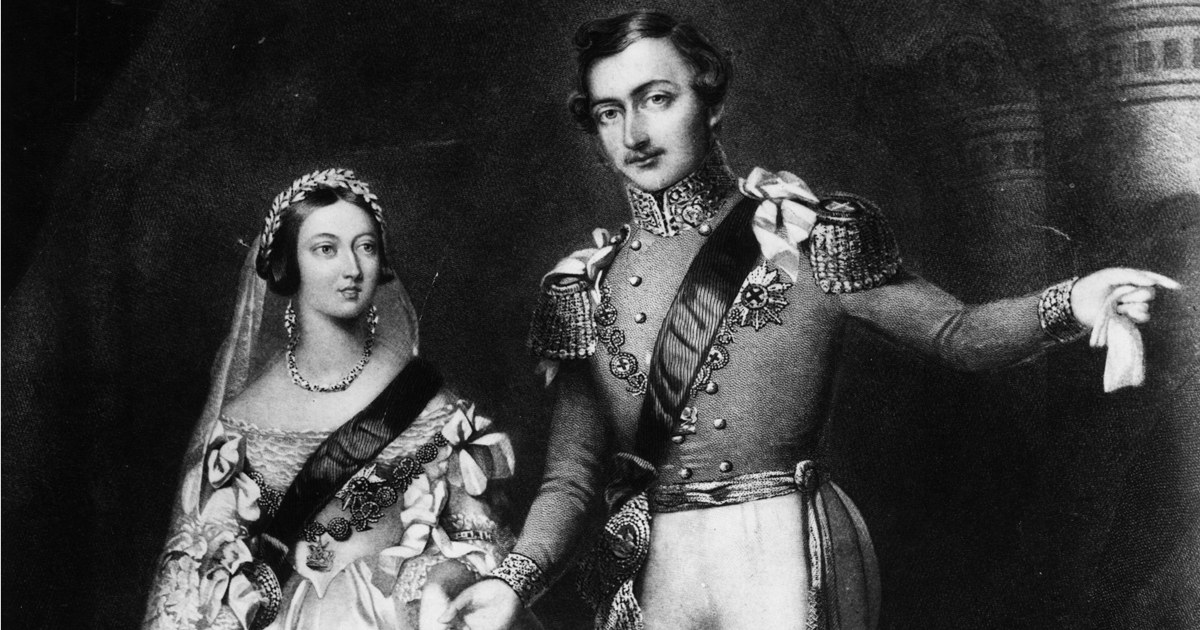 With the reign of Queen Victoria, Great Britain became a major jewelry center. The Industrial Revolution was creating a new middle class that used jewelry to flaunt its new found wealth. Elaborate cameos of shell and stone, lockets of Renaissance Revival, hearts, flowers and animal themed jewelry set with seed pearls were the styles of the Victorian Era. In 1861, when Prince Albert died, trends changed to express the Queen’s grief. Styles changed to heavy somber jewelry using materials like jet, black enamel, black onyx, and hair (usually horse hair). Mourning jewelry was very popular, incorporating pictures, articles of clothing, and even the hair of the deceased. 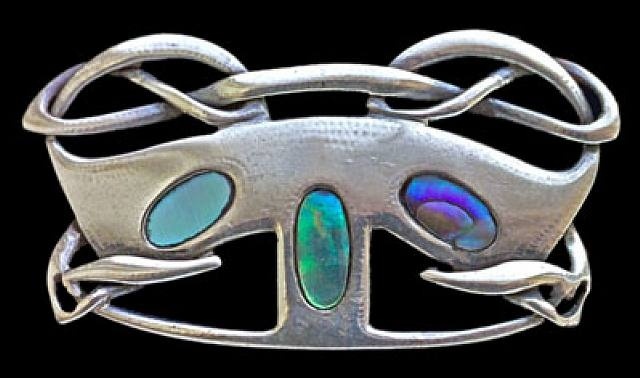 The Arts and Crafts Jewelry Era was a movement away from the Industrial Revolution. Designs included simple leaf and foliage designs using earth tones, hammered metals, and handcrafting techniques. The importance moved to the jewelry artist. An emphasis on having artisans handcraft one-of-a-kind pieces became a focus. 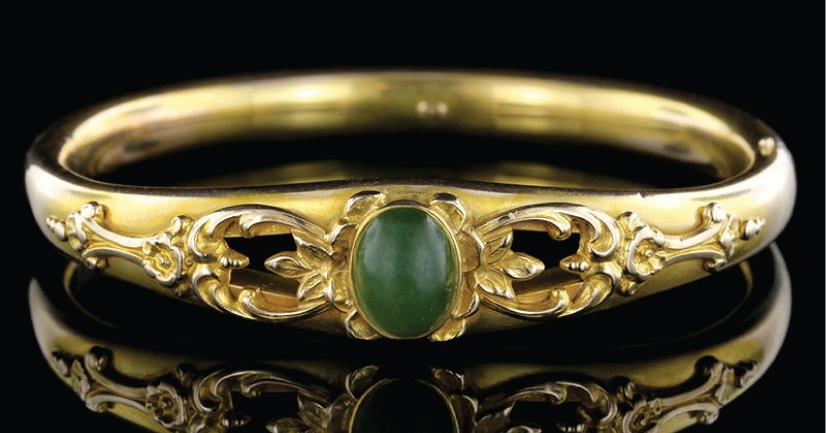 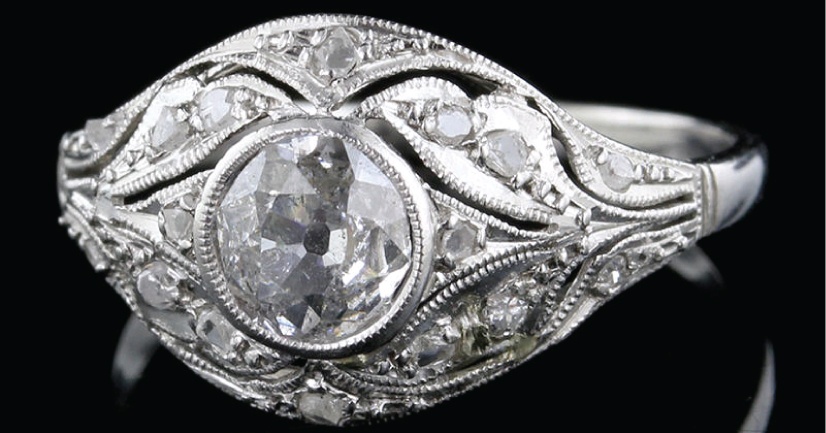 After Queen Victoria’s death, King Edward VII’s reign celebrated the return to elegance. This marked the beginning of the use of platinum in jewelry. Due to the strength of platinum, elaborate and delicate filigree work could be incorporated to resemble fine lace and silk, which was worn by Edwardian women. The dominant gems in this jewelry were diamonds, often with colored stones and pearls. 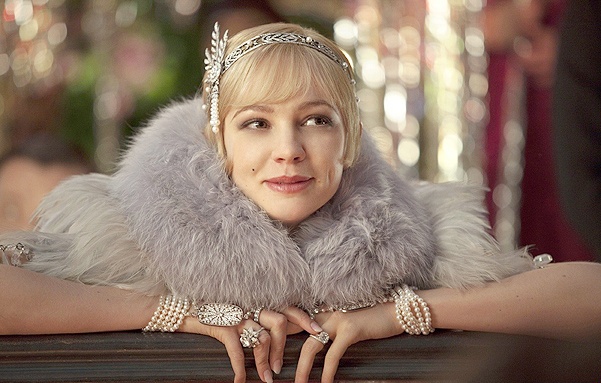 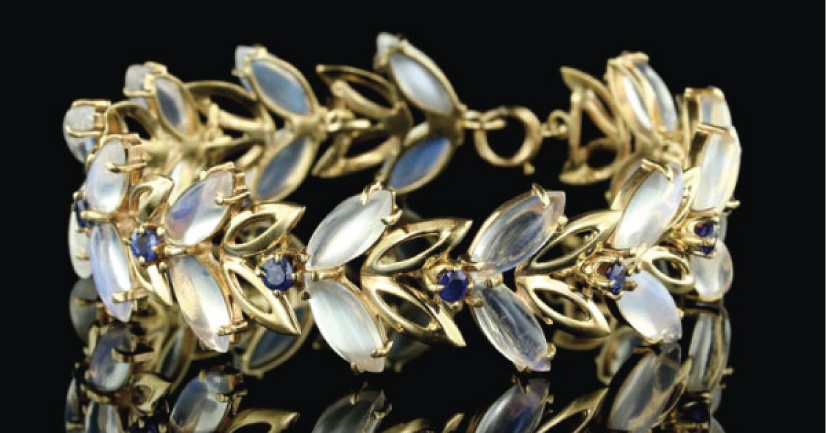 At this time, American culture had become recognized in Europe. Hollywood stars influenced styles of this era and jewelry started to become very flashy. Platinum, gold, and silver were needed to fund the war effort during this time, and gold began to take on a new role. It was produced in many colors, depending on the alloy used. Bows, scrolls and sweeping curves were all the rage, and rubies were a popular gem in Retro Modern Jewelry. Synthetic stones were produced especially to be caliber-cut for jewelry due to the lack of availability of gemstones from India and Burma during the Second World War.

Fast forward to the 21st Century, many current trends are still influenced by these pivotal fashion eras. As tools and technology evolve, so too do the styles of today. We look forward to seeing what trends current and future time periods will set!