Insider Tips: How To Pull Off The Perfect Fenway Proposal – Long's Jewelers Skip to content

Insider Tips: How To Pull Off The Perfect Fenway Proposal

One of the biggest moments of your life is upon you - Asking the one to spend the rest of your lives together. But, how do you make a lasting impression while keeping the proposal itself perfectly tailored to your significant other's likes, interest, hobbies, or passions? If you and your significant other are die hard Red Sox fans (like most of the greater Boston area), there may be no better way to pop the question than while watching pop-ups and eating popcorn at a baseball game.

Because we pride ourselves on being your go-to jeweler for how Boston gets engaged, we found out every detail that you would need to know if you were looking to propose to your significant other at Fenway.

Your marriage proposal would appear on the scoreboard at the end of the 5th inning. This would appear on the New Balance scoreboard in right field so you would need to be in a position to see the board as it is not visible from all seat locations. Upon successful completion you will receive a congratulatory goodie bag from a nearby Fenway Ambassador. This proposal shows just the message, and they do not have a camera person for a live shot.

The regular scoreboard proposal is perfect for those who like a little attention but don't love being the one in the immediate lime light, or just are generally embarrassed when on camera.

The live proposal is disguised in a ceremony they call “Fans of the Game." You would meet a Fenway Ambassador at the Gate B Fan Information Table at the beginning of the bottom of the 4th inning - Which means that your seat location does not matter as this is an out of seat experience, so you could pick whatever seats you want! Your message would go up at the end of the 5th on the center field scoreboard unless told otherwise. 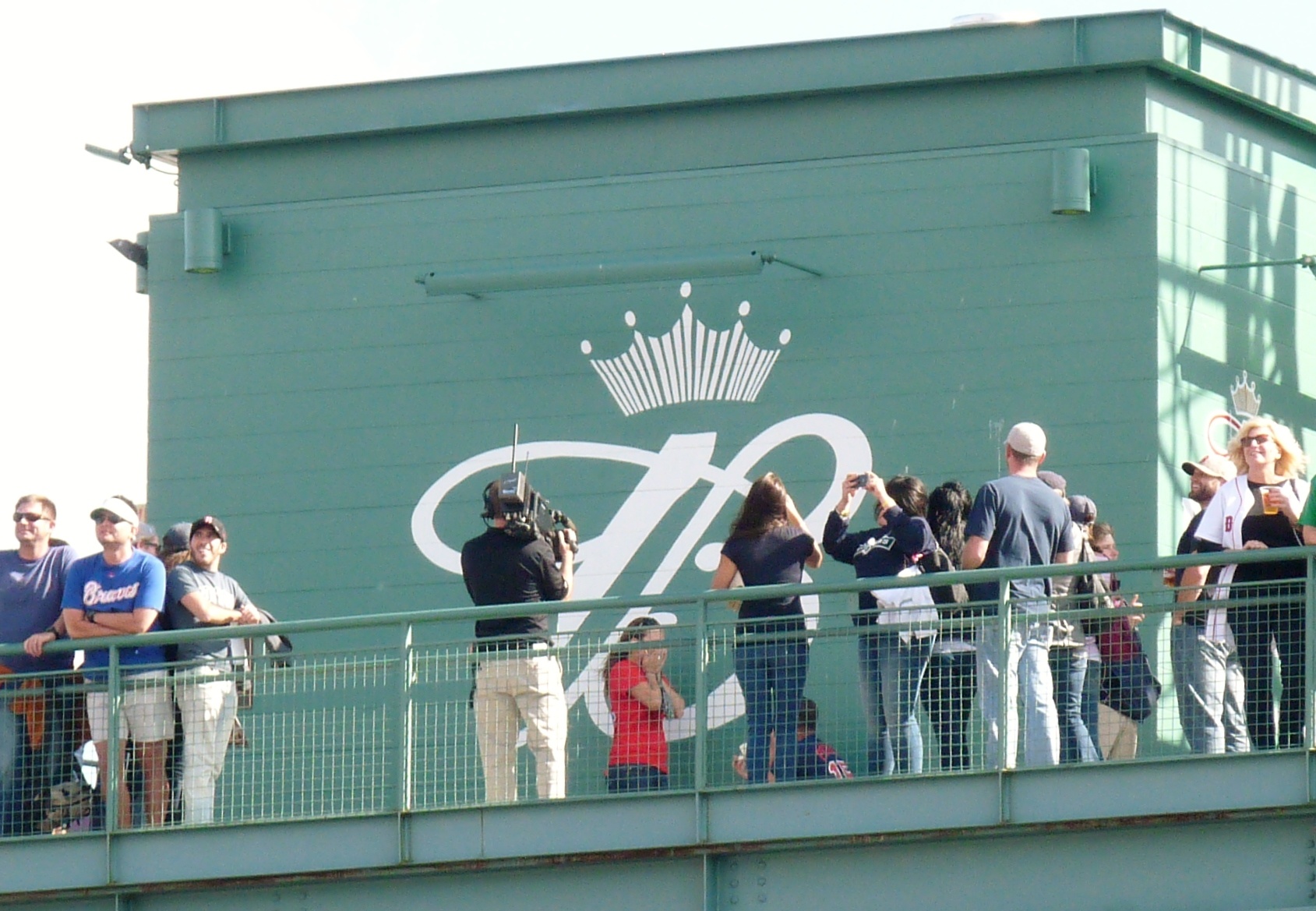 You would then give the Ambassador the “Fans of the Game” certificate (this will be emailed to you beforehand). Once you have handed in the certificate you would be aware that a trivia question will be asked and that you will provide the right answer thus making you both our "Fans of the Game" prize winners (This is a decoy so that your spouse doesn't suspect anything). You both, along with any guests, would then be escorted to the Budweiser Roof Deck where you would be shown on the scoreboard as the “Fans of the Game." You are then able to propose, while your significant other is thinking they are waving to the crowd (The message "____ will you marry me?" will appear below your live images on the screen, and when the message appears, that is your cue to propose). Upon completion you will receive a congratulatory goodie bag from your Fenway Ambassador. You will also later receive a video of the proposal via email.

We love the live proposal, because it's the over the top experience that most people want when they are proposing at Fenway. It is the perfect way to excite and then surprise your significant other, all while getting the proposal on camera!

While the awesome people at Fenway can't light up the sky with fireworks or allow you on the field to propose (sorry!) there are other ways that you can ask your significant other for their hand in marriage.

One of the most popular alternatives is through the tour department. They allow proposals during the public tours of Fenway Park, where you still are able to show a scoreboard message. This is perfect for those who can't wait for the regular season but still want to propose at Fenway, or are only in Boston for a few days and can't get the specific game they want for a proposal.

Another creative way to propose would be to rent out one of Fenway Parks many spaces for a night. While the price varies depending on the space, you are then able to work closely with the events staff to make sure your proposal is truly unique.