The Ultimate Guide to Getting Engaged Around the Holidays

The best way to spread holiday cheer is to show off your engagement ring while grinning ear to ear, right? Well, for a lot of people this is what ends up happening as the holiday season is by far one of the most popular times of year to pop the question.

According to the wedding planning resource WeddingWire, December is the most popular month to get engaged, and nearly 40 percent of engagements happen between Thanksgiving and Valentine’s Day. Of course saying, “yes” to the person (and ring) of your dreams is exciting any time of year, but an engagement around the holidays can bring a little extra stress and attention on you and your S.O. amidst all the well wishes.

Think there’s a possibility you might get down on one knee or be asked, “Will you marry me?” this holiday season? Read the Ultimate Guide to Getting Engaged Around the Holidays to make sure you’re prepared for any scenario. 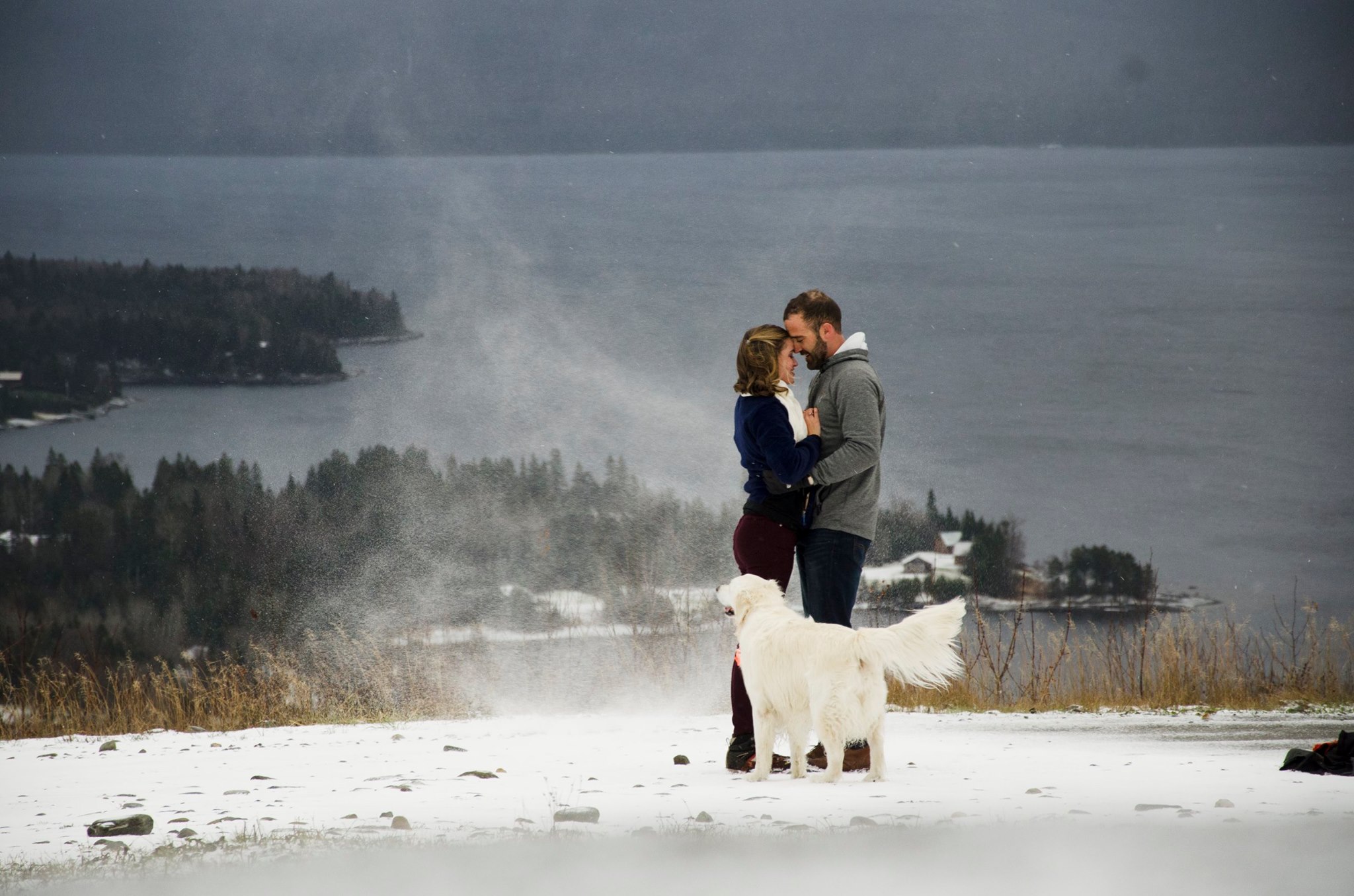 Of course there’s a plan involved with any proposal, but it’s especially important given the fact the holidays can bring a lot of stress to certain individuals and families. If your bride-to-be is a little more shy, or has some family drama that reappears during gatherings and get-togethers, think of a way you can propose in a more private setting and include the family in the immediate celebrations afterward.

Let’s say you take her out to admire the snowfall under a set of string lights at your favorite restaurant with all your friends and family peeking out the windows in a totally separate part of the restaurant. It’s the best of both worlds --you and your new fiancé get a private moment together, your friends and family can admire from a distance (and snap some photos for you), and then everyone’s ready to party as soon as you get back inside. 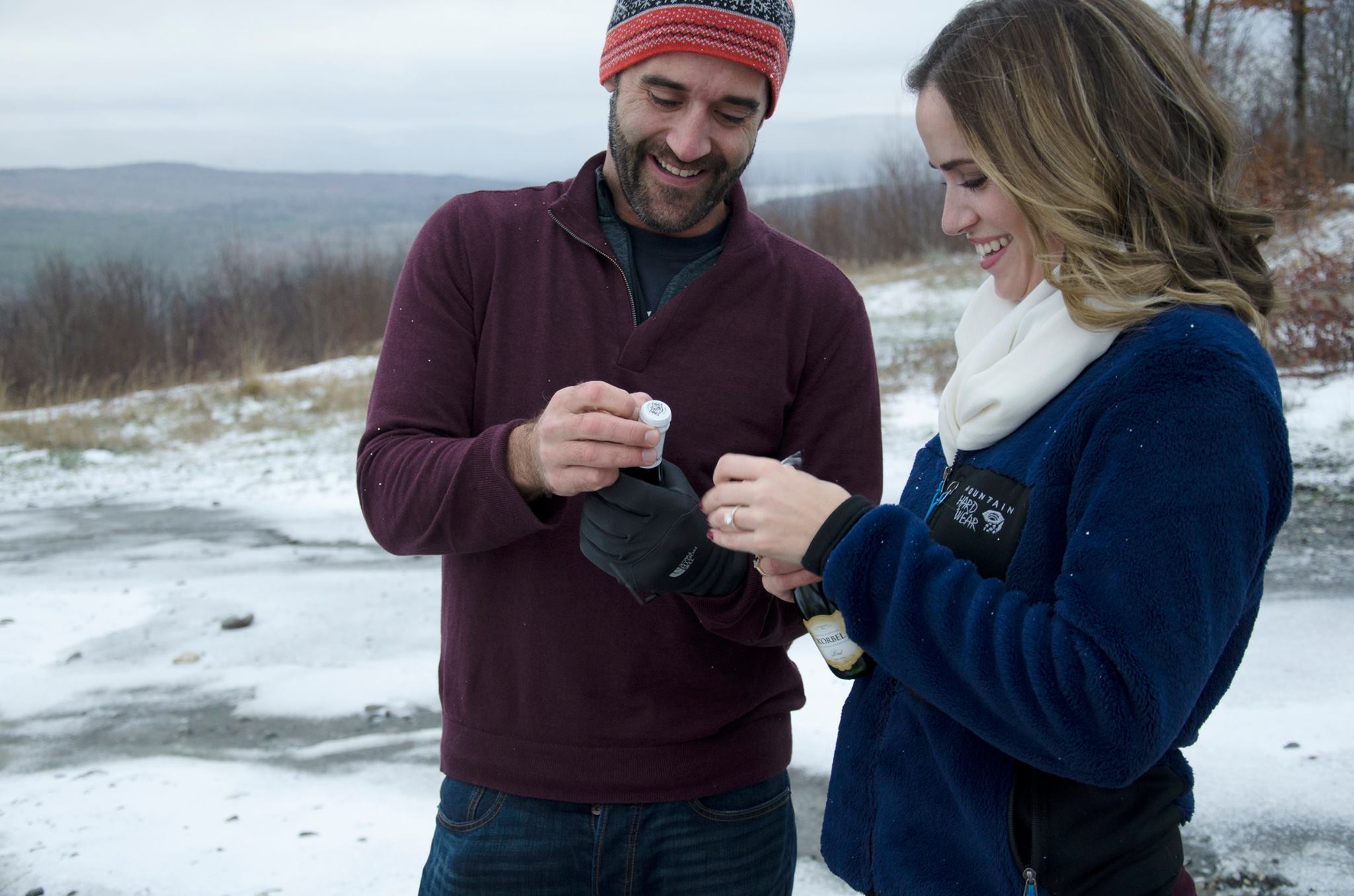 Be respectful of other people’s plans

This could be considered the part II to above, but keep in mind that almost everyone is planning something special around the holidays. You don’t want to be that person who crashes an already awesome party filled with food, drink and decor you had nothing to do with and then use it as the perfect backdrop to your proposal --unless you clear it with the host first.

And the same thing goes for scheduling your own plans on a day when something else is going on that might be important to your other half, like a family tradition or holiday party they wouldn’t want to miss. As booked as the calendar can get this time of year, you can make time for everything while still ensuring your proposal moment is the most memorable day of the season. 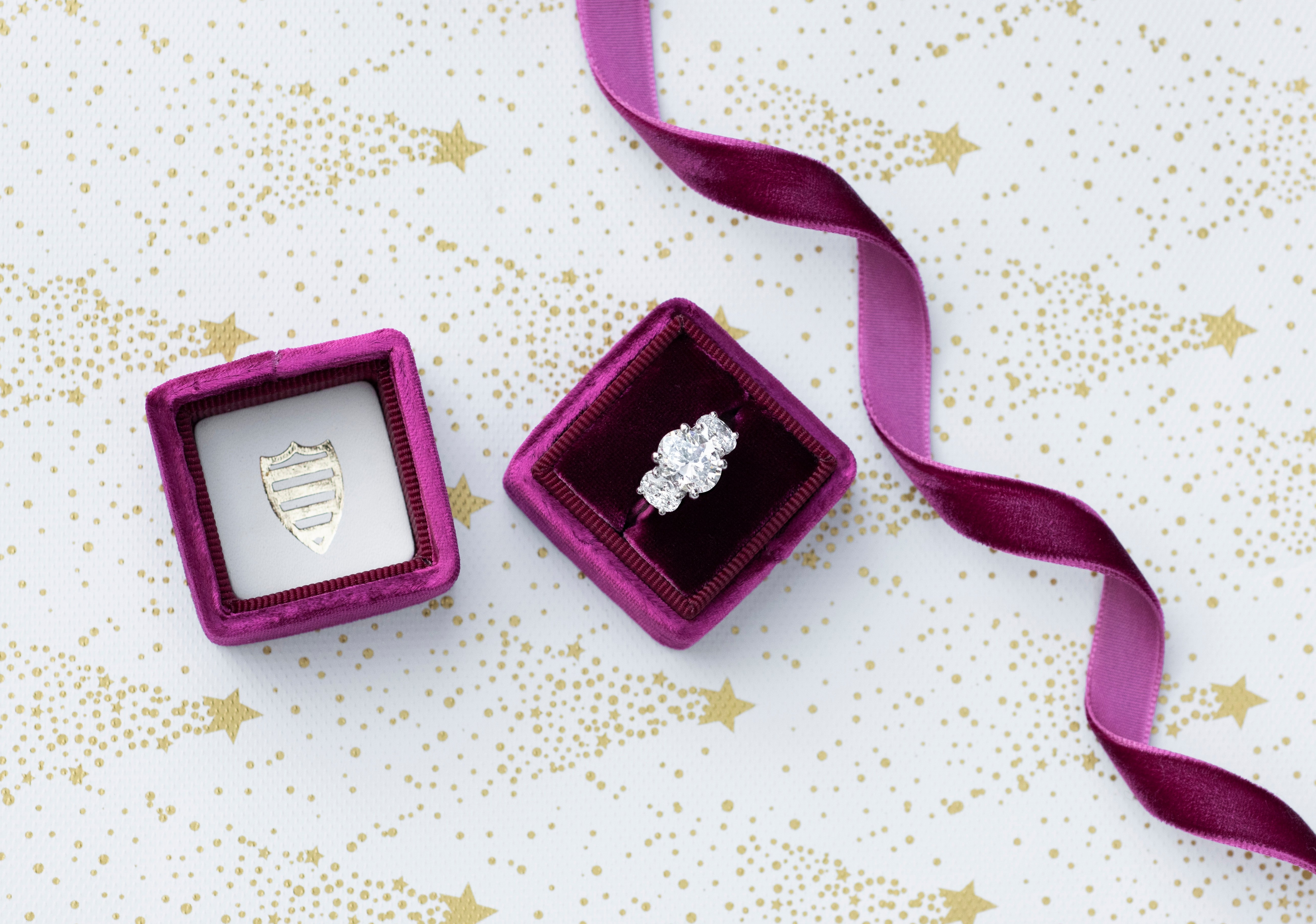 Hold onto that ring

Is there anyone out there who hasn’t done some snooping during the height of gift-giving season? If your fiancé-to-be is expecting an engagement soon, there’s a decent chance they’re looking for clues wherever they can find them. So, do your best to keep that ring somewhere extra secret during the holiday season when the house is already filled with boxes and wrapping paper.

And, if you’re traveling with the ring, heightened awareness is key (but not enough to make your S.O. suspicious). Make sure not to check a bag with the ring in it or leave your car unlocked at a rest stop. While positivity and cheer there is out there in spades during the holidays, there’s always a few people on the naughty list who could ruin your surprise by being sneaky and stealing the most important part of the proposal from you. 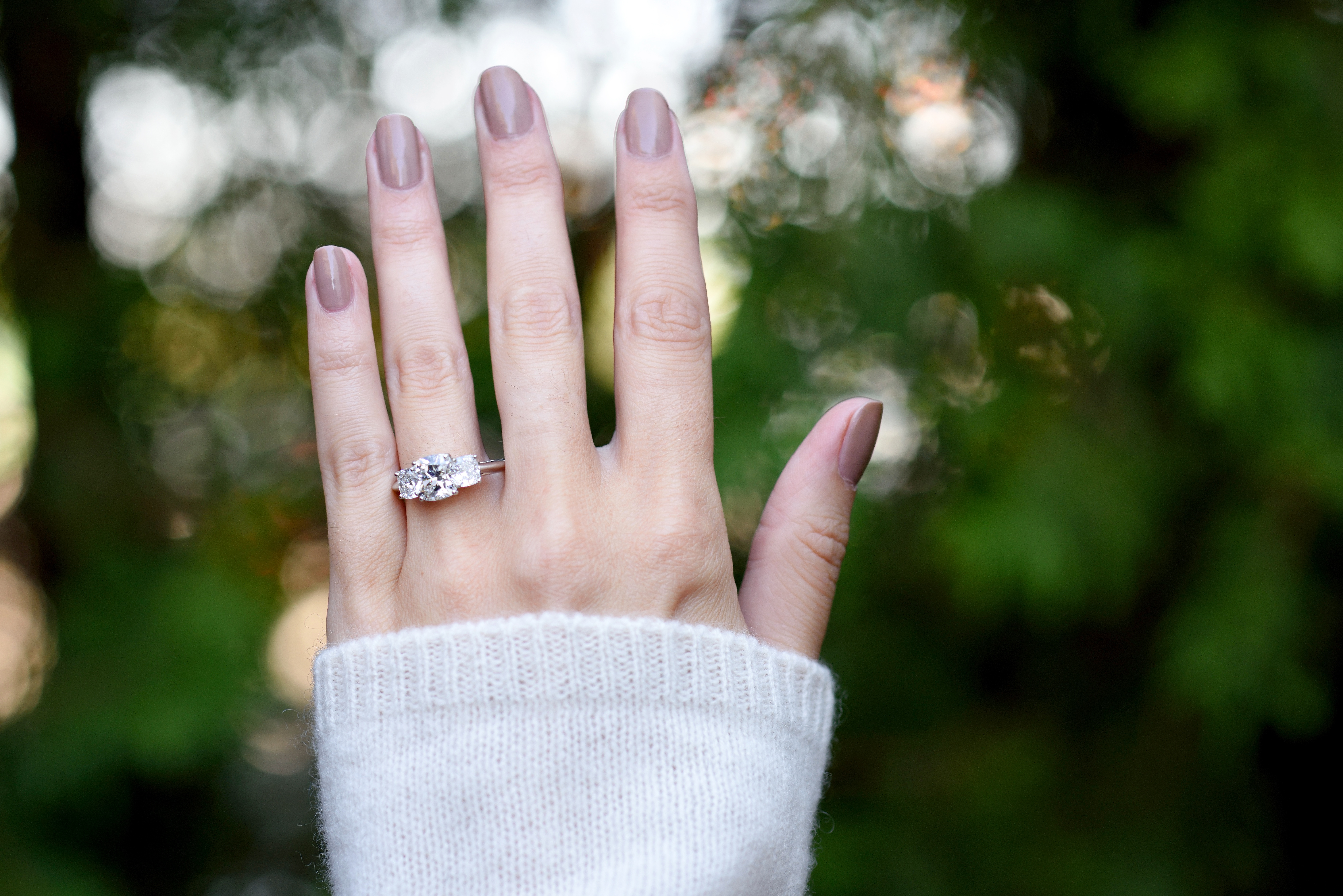 Get on the same page about your proposal style

OK, let’s get the obvious out of the way. If you’re ready to have the marriage talk with your boyfriend or girlfriend, you’ve probably run through a few proposal scenarios that would make your heart melt or put a pit in your stomach. Chances are, if you’re thinking about marrying this person, they’d know whether or not you’d want to be pulled onstage at a concert or see your fiancé-to-be down on one knee on the Jumbotron at a sporting event.

But hey, the holidays are an intense time for a lot of people, especially those with a big family and many social commitments to attend during the holiday season. If you’re the type of person who doesn’t like a huge spotlight on you, the feeling of being proposed to in front of a crowd of people you know could be just as uncomfortable as a public place. So, if this is you --and you don’t want any family drama getting in the way of your special moment --speak up before the holiday season is in full swing.

Be ready (to be surprised)

Now this one’s a little tough for anyone who thinks they might get engaged soon. You want to avoid carrying around that anxious feeling that it could happen at any minute, while also being ready, AKA nails done, hair done, everything did --just in case (thanks, Drake).

If social engagements are a common occurrence for you during these months, try your best to tune out all of the nagging family members and friends who will inevitably bombard you with a million variations of the, “So, when’s it going to happen?” question. That’s definitely not going to make it happen any faster. And plus, you’re not even supposed to know the answer to that question!

Instead, enjoy the present moment wherever you are with your S.O. --and don’t be afraid to take time away from the group of people you’re with to sneak in some alone time if you’re feeling overwhelmed. If an engagement is going to happen during the holiday season, whether it’s at a family party or in front of the Christmas tree at Rockefeller Center, you’re going to have to be able to let your guard down and be ready to be surprised. 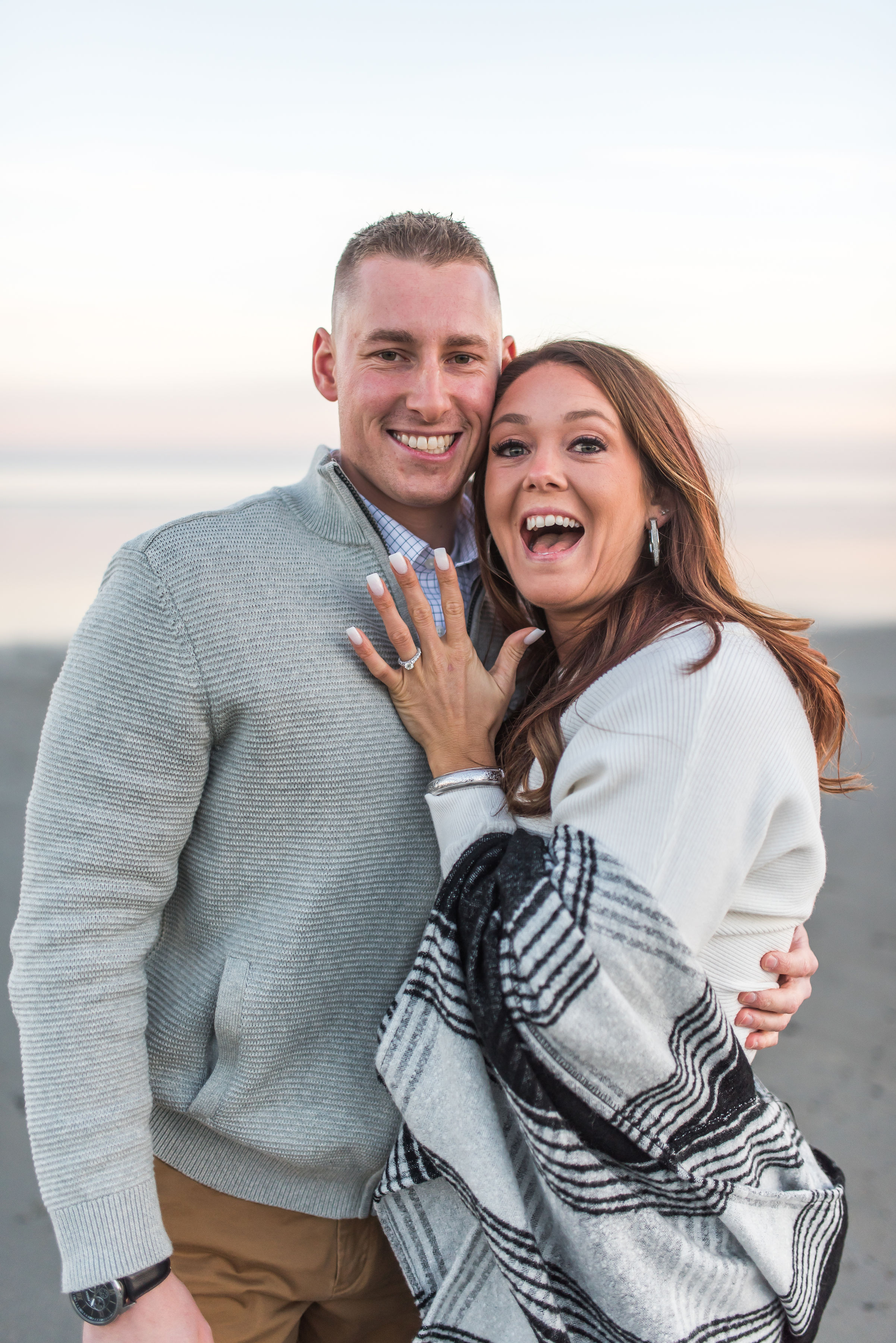 OK, let’s skip ahead and say you do get engaged during the holiday season. Everyone around you is already feeling a little mushy gushy this time of year, and they are going to be over-the-top excited to find out your big news.

So, don’t be afraid to spread the love and share the excitement with your loved ones! Even if you’re not the center of attention type, a proposal story and new engagement will bring even more joy to your friends and family, whether you deliver the news in person to your loved ones close by or post a status update on social media.

When thinking about what photo and caption you want to post, try not to focus too much on the material things, AKA the ring itself. As much as you know it’s what people might want to see, the holiday season is about so much more than the tangible gifts. And this doesn’t mean don’t post a picture of the ring at all --but include it with a heartfelt caption or a photo of you and your new fiancé to show everyone the warmth of the moment, not just that new ice you’re rocking.

Convinced you’ve got what it takes to pull off a holiday season engagement? Now that you’ve got the 411, take the next step and shop for the perfect engagement ring by browsing online or scheduling an appointment at a Long’s Jewelers location.