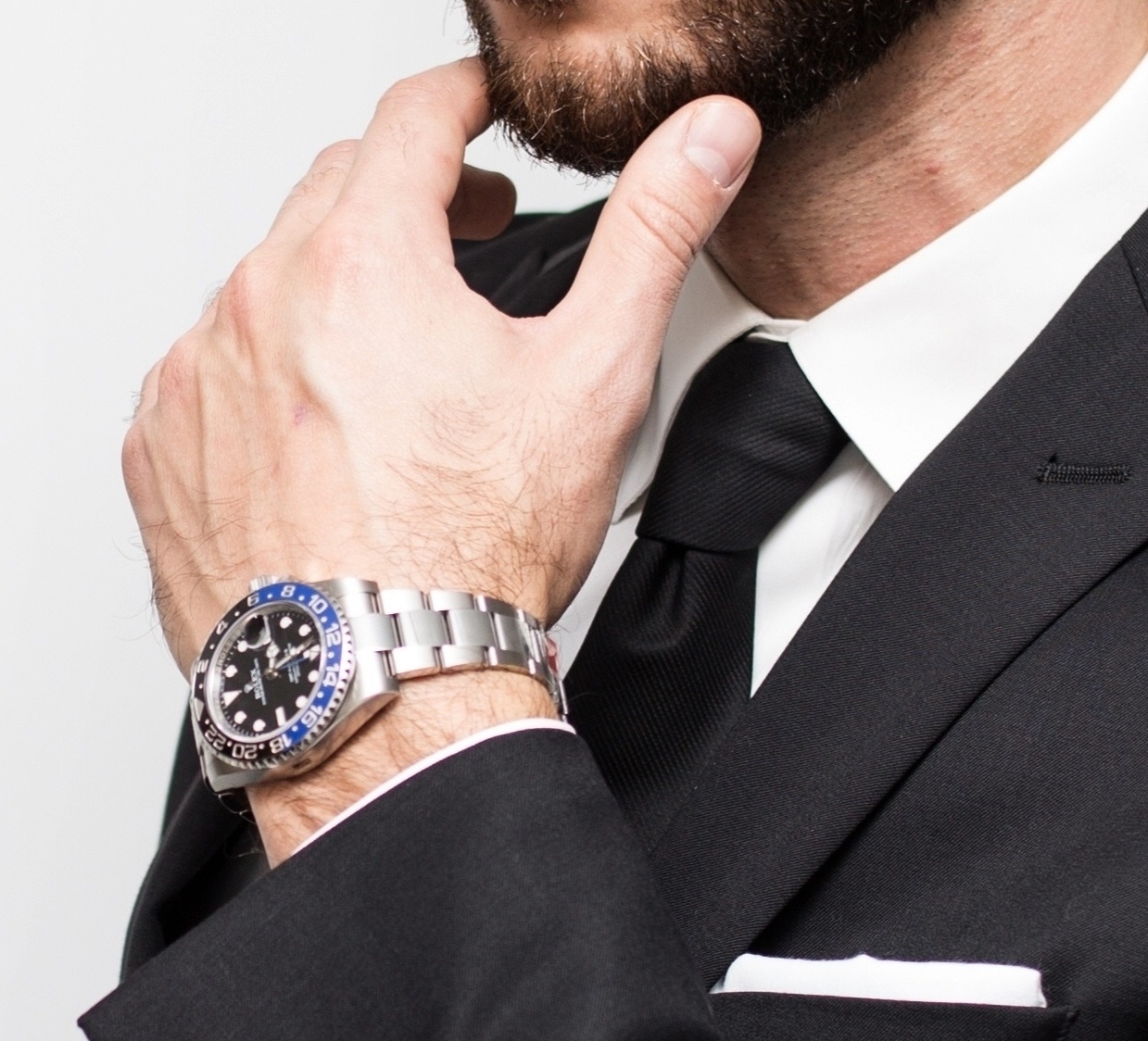 Everyone knows the name Rolex. Representative of the most luxurious timepieces in the world, it is a brand that is known for their commitment to excellence and being superior in all ways. From celebrities, to presidents, to watch enthusiasts, Rolex watches have graced the wrists of many influencers and cultural icons. But, there are many things that you probably didn't know about Rolex.

Check out these 8 facts that you can use to impress anyone the next time you are talking about a Rolex timepiece:

1. The Name "Rolex" Was Invented

While many people just assume that the name "Rolex" comes from a founders last name or a word in another language, it was actually a newly invented word. Hans Wilsdorf wanted his watches to have a name that was short, easy to say and remember in any language, and looked good on the watches itself.

According to the Rolex website, Hans Wilsdorf said, “I tried combining the letters of the alphabet in every possible way. This gave me some hundred names, but none of them felt quite right. One morning, while riding on the upper deck of a horse-drawn omnibus along Cheapside in the City of London, a genie whispered ‘Rolex’ in my ear.”

2. Rolex Was The First Timepiece To Reach The Summit of Mount Everest

When Sir Edmund Hillary and Tenzing Norgay of Sir John Hunt's expedition were the first to ever reach the summit of Mount Everest in 1953, they were wearing Oyster Perpetuals.

3. Rolex Holds The Record For The Deepest Diving Watch In The World

In 2012, Rolex set the record for the deepest diving watch in the entire world when the Oyster Perpetual Rolex Deepsea Challenge was certified waterproof up to 12,000 meters, or 39,370 feet. While it is an experimental diving watch, the watch was entirely designed, built, and tested by Rolex to resist the more extreme pressures found in the deepest depths of the ocean.

4. Rolex Gives Back With Its Mentor and Protege Initiative

Rolex has always considered itself modern, elegant, cutting-edge, and most importantly, world-famous for being the best in the timepiece world. In 2002, they expanded their reach from timepieces to the arts, by creating The Rolex Mentor and Protégé Arts Initiative to connect talented individuals with a major figure in their field. It now includes more than 80 major creative artists of different generations and backgrounds.

5. The Blue Parachrom Hairspring Is Unaffected By Magnetic Fields

The blue Parachrom hairspring, with the balance wheel, makes up the oscillator, which in a mechanical watch is known as "the guardian of time" because it determines the precision of the watch. After five years of research, Rolex created the blue Parachrom hairspring, which is the first of its kind to be completely unaffected by magnetic fields and is up to 10 times more resilient to shocks than other hairsprings. While the hairspring was new, the color blue is not. It has been a color that only the best of the best and most accurate timepieces in the world is able to use.

6. Rolex Watches Use The Clockmakers Four, instead of the Roman Numeral IV

When anyone looks at a Rolex, they usually notice its beauty and precision above anything else. But, have you ever noticed that Rolex uses the clockmaker's four, IIII, instead of the normal Roman numeral four, IV, on the Rolex dial? While the notation IIII was used by the Ancient Egyptians and Greeks, it was phased out later when the Romans began to use IV. But, it is still not certain why the numeral IIII was kept on clocks. For this reason, it is called a clockmakers four. We love the symmetry that the "IIII" gives the dial, so we'll stick with that reason.

Historically, any watch could be designated as a chronometer by its own manufacturer. Rolex, to guarantee to the consumer that its chronometers were the best, had the timepieces officially certified by a third party to set a standard. Because they wanted to mark this difference, they changed the inscription on its dials from “Chronometer” to “Officially Certified Chronometer."

But when the official certification became mandatory in 1951, Rolex decided that it needed to differentiate its movements again, because they achieved the certifications of superior performance above and beyond any competitor. Rolex then set the designation "Superlative Chronometer" to describe its amazing accuracy, and therefore the phrase we know today "Superlative Chronometer Officially Certified” was born.

8. Rolex Uses It's Own Stainless Steel, Gold, and Platinum

Did you know that Rolex creates its own gold used for its watches? The foundry on-site creates the yellow gold, white gold, and Everose gold that makes up all of Rolex's timepieces. And while all other stainless steel watches are made with 316L grade steel, Rolex uses a 904L grade steel which is higher quality and harder to work with. So, Rolex uses machines that are the largest and strongest to create the steel portions of their watches that resist pitting and holds their polish better than any other steel watches in the world.

If you are interested in looking for a Rolex watch of your own, stop by any of our five retail locations or click here to schedule an appointment and have one of our Long's watch specialists help you find the Rolex timepiece of your dreams.