There's nothing better than a beachside proposal at sunset! Read on to see how Justin surprised Sarah with her stunning, new ring on Cape Cod. On behalf of the entire Long's team, congratulations and best of luck.

"We met while we were both working at a restaurant." 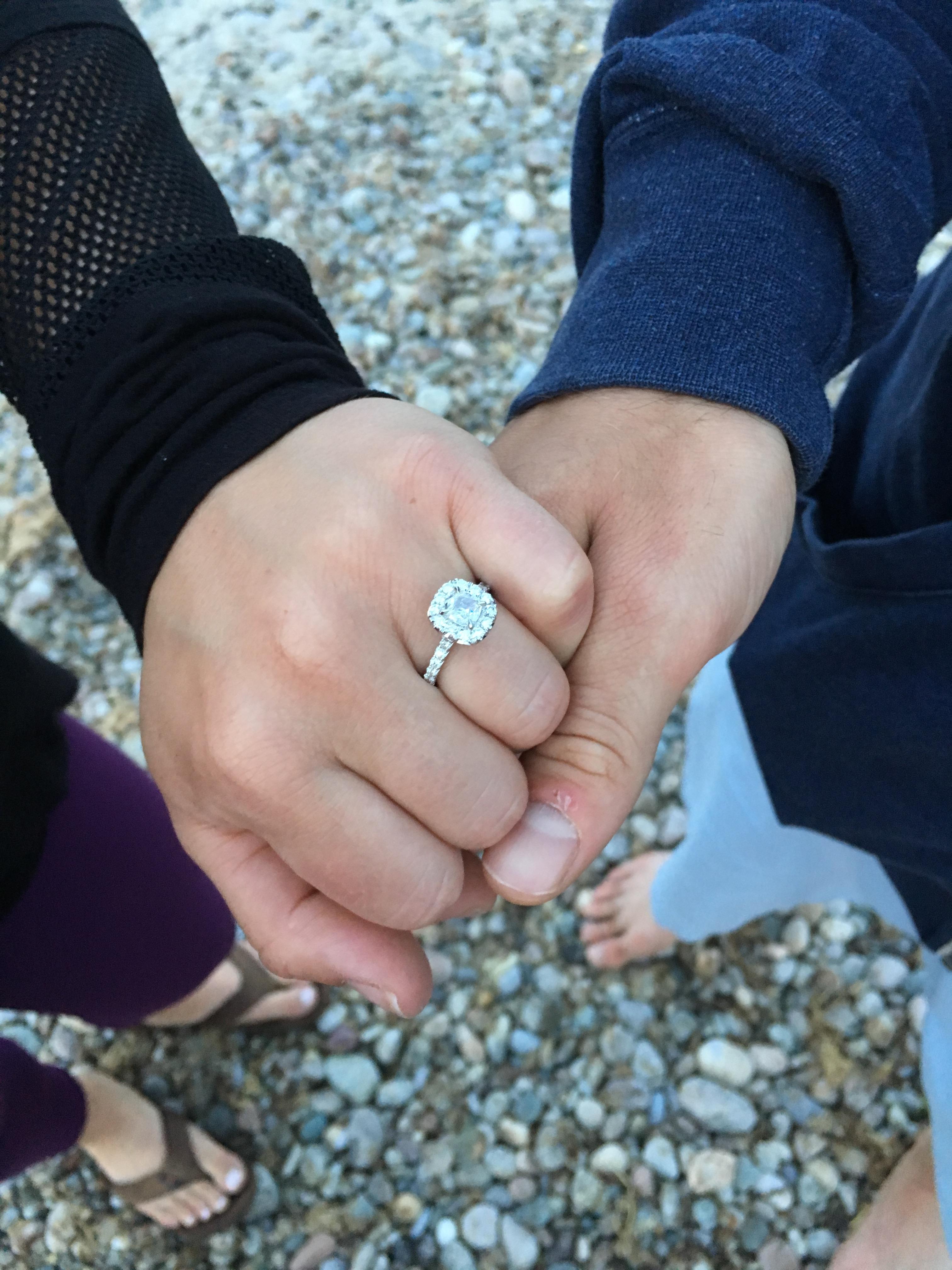 "Justin proposed at Sandy Neck Beach in Barnstable on Cape Cod. He had decided last year that he was going to propose during "Cape Week," which is when my whole extended family gets together for an annual summer reunion. He purchased the ring a few days before leaving, hid it in a box of winter clothes, and was on edge the entire time that I would somehow find it. Justin asked my dad for permission/his blessing early in the week and my dad, who was the only one to know about the proposal, was beyond happy and said he would be honored. Once vacation began, Justin continuously tried to get me to go to "romantic" places with him, like Truro Vineyard, Provincetown, and Chatham Bars Inn, but I was being stubborn (obviously having no idea what was in store) and just wanted to stay at the lake house with family. Throughout the week this happened multiple times and his attempts were thwarted. Finally by the end of the week we all decided to have a big bonfire at the beach. He went early to set up with my cousins and the rest of us planned to arrive well before sunset. Of course I was late (again, I had no idea!), but I got there just in time as the sun was setting. My aunt, a photographer, who also had no idea what was about to happen, asked to take a few pictures of us by the water, and Justin decided it was time. As we were walking towards the ocean, he got down on one knee and proposed! My unsuspecting aunt was snapping pictures and my entire family was there to witness it. It was perfect! And, of course, I said yes!"