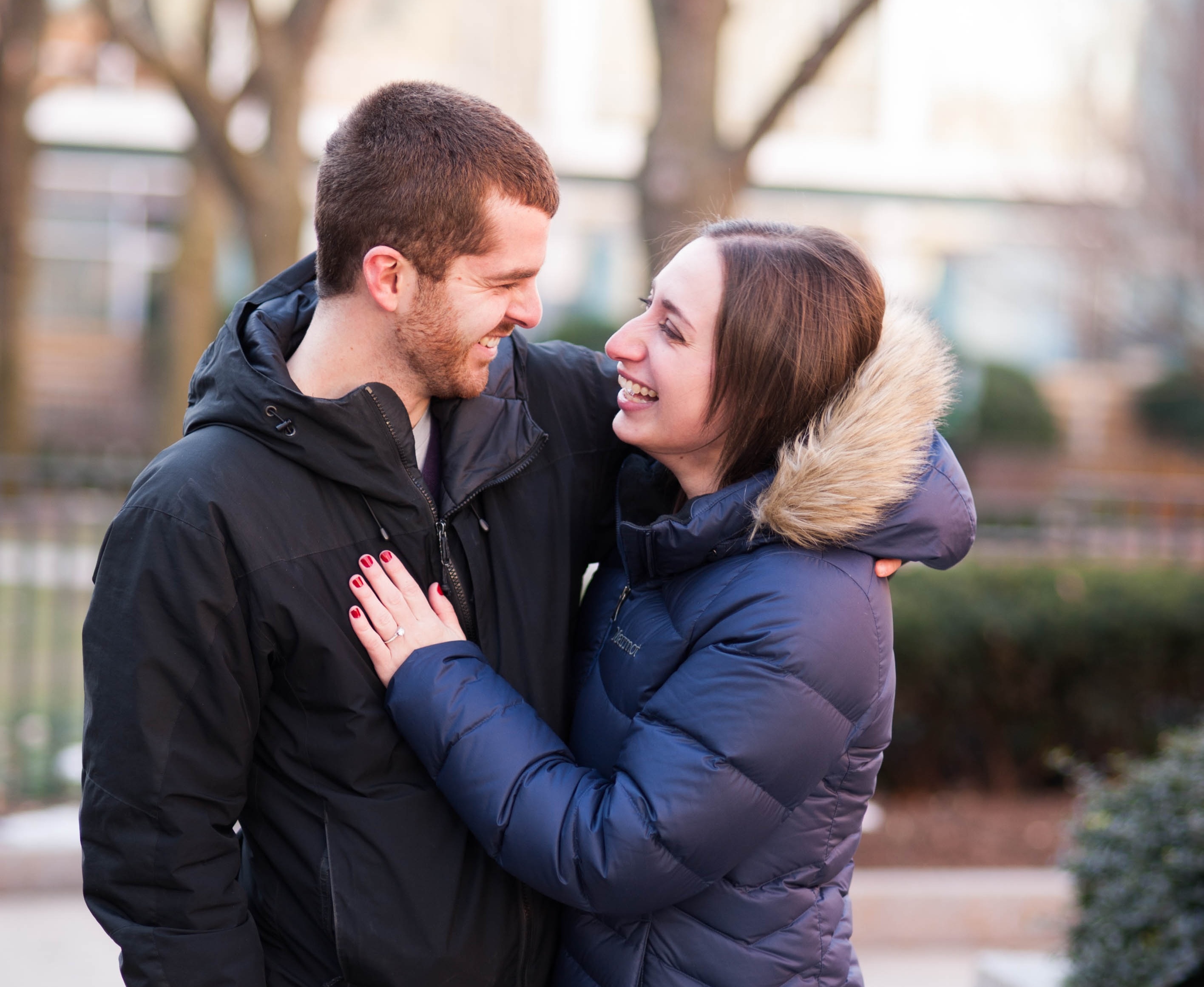 We LOVE meaningful proposals like this, especially when they really come as a surprise! We couldn't be happier for Harley and Sarah on their recent engagement. You'll want to read every moment of this beautiful proposal, followed by a picture of Sarah's gorgeous solitaire ring:

How did you two meet?
"I met Hartley when we were both interns at a tech company in Cambridge. We got to know each other very quickly, and started having lunch together almost every day. We'd sit outside by the fountain, enjoying the summer sun and talking about just about anything, and soon I was calling him my best friend. Later that summer, after spending a day at the aquarium together, he worked up the courage to tell me he had feelings for me, and, as they say, the rest is history!"

How did Hartley decide to propose?
"Hartley's proposal was a total surprise. It was a Monday morning in December, and we had just had a very busy weekend. Since we're both freelancers, we have flexible schedules during the week, and Hartley suggested we go out to brunch on Monday morning to decompress from our hectic weekend. I was a bit thrown off by the suggestion, but decided to embrace it, and agreed to go. He told me the brunch spot would be a surprise. On Monday morning, he told me we were going to Cafe Luna, an old favorite of ours.

We enjoyed a wonderful brunch, and as we were wrapping up, Hartley excused himself from the table for a moment. By the time he got back, I had paid the check and had my jacket on, ready to leave. It turns out, Hartley had just texted a photographer he hired to let her know that we'd be ready in about 10 minutes. When he came back to the table, surprised that I was already ready to go, he started stalling to give the photographer enough time to get there!

We went outside, and I was eager to rush back to the car since it was so cold out, but Hartley put his arm around me and started walking very slowly, suggesting we take a walk in the other direction. At that point, I knew something was going on, but still hadn't quite figured it out. He took me over to a small garden where we had first decided to begin our relationship, over 4 years ago, a spot that was very personal to us. It was there that he told me he knew he wanted to spend the rest of his life with me and couldn't wait any longer to ask me to marry him. I of course said yes, and the photographer captured our beautiful moment perfectly. 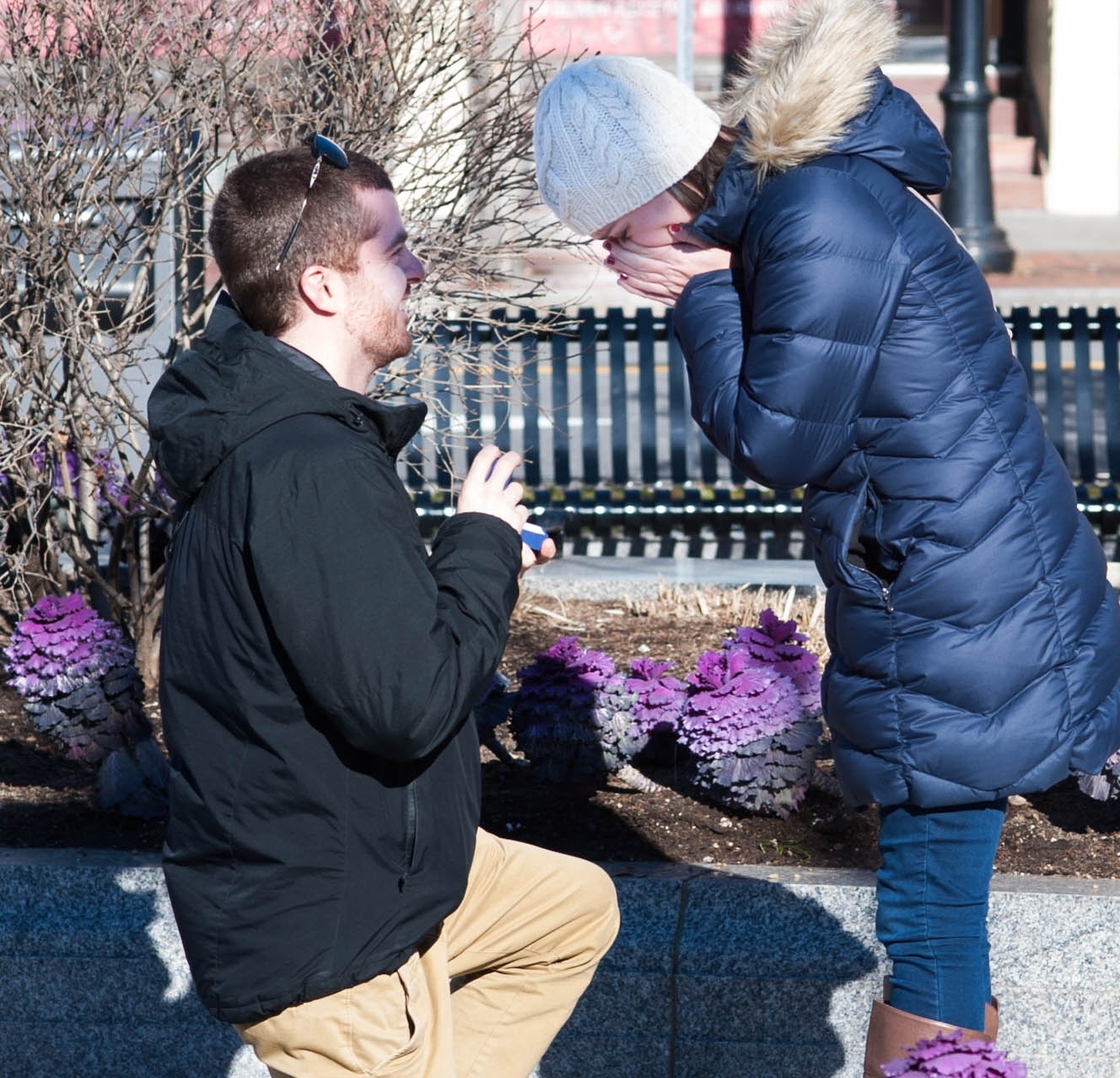 That night, we celebrated with friends and family, many of whom were in on the surprise. It was an absolutely incredible day."

And tell us all about your beautiful ring!
"Hartley chose a solitaire round cut diamond with a pave mounting, set in platinum." 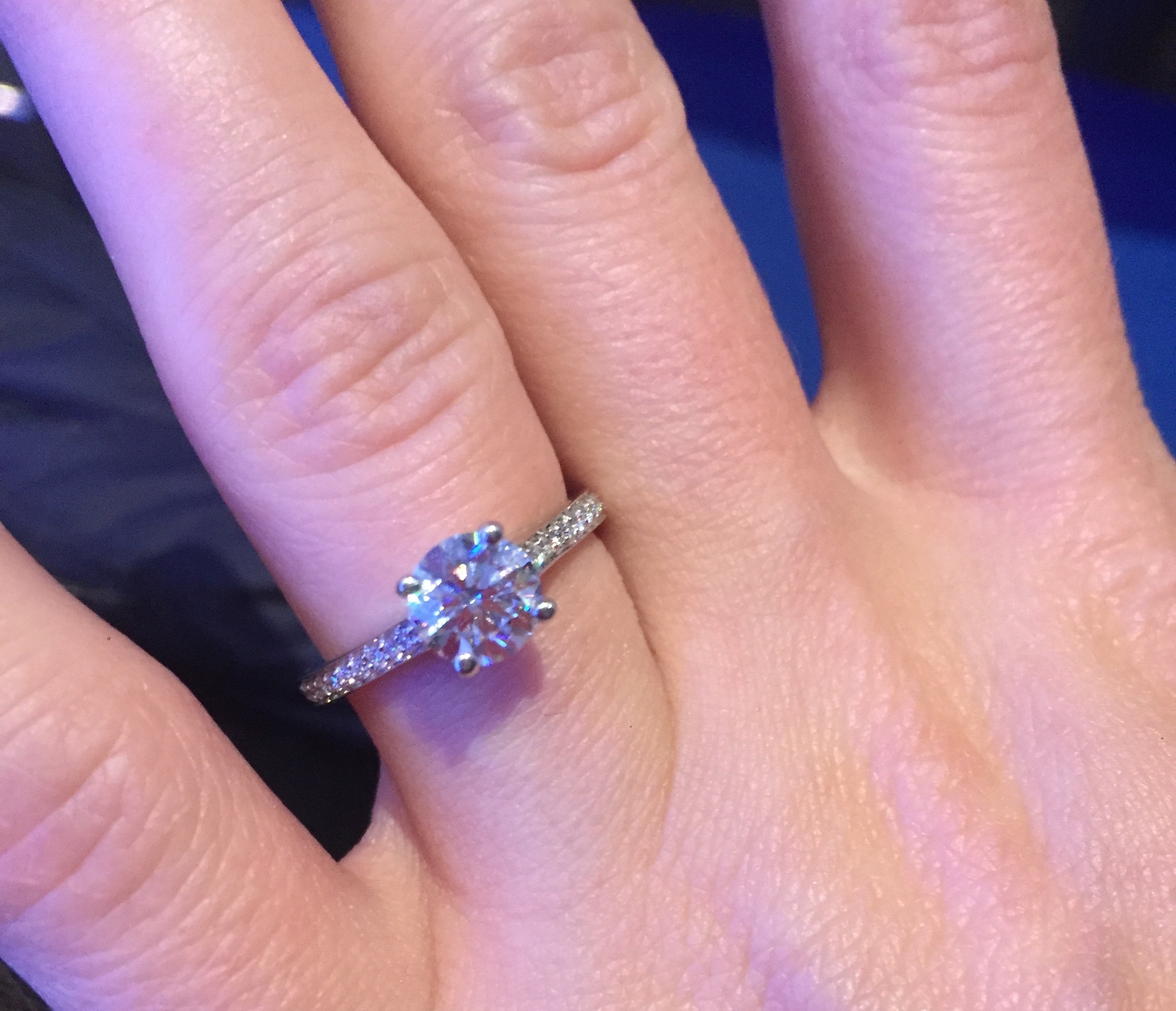