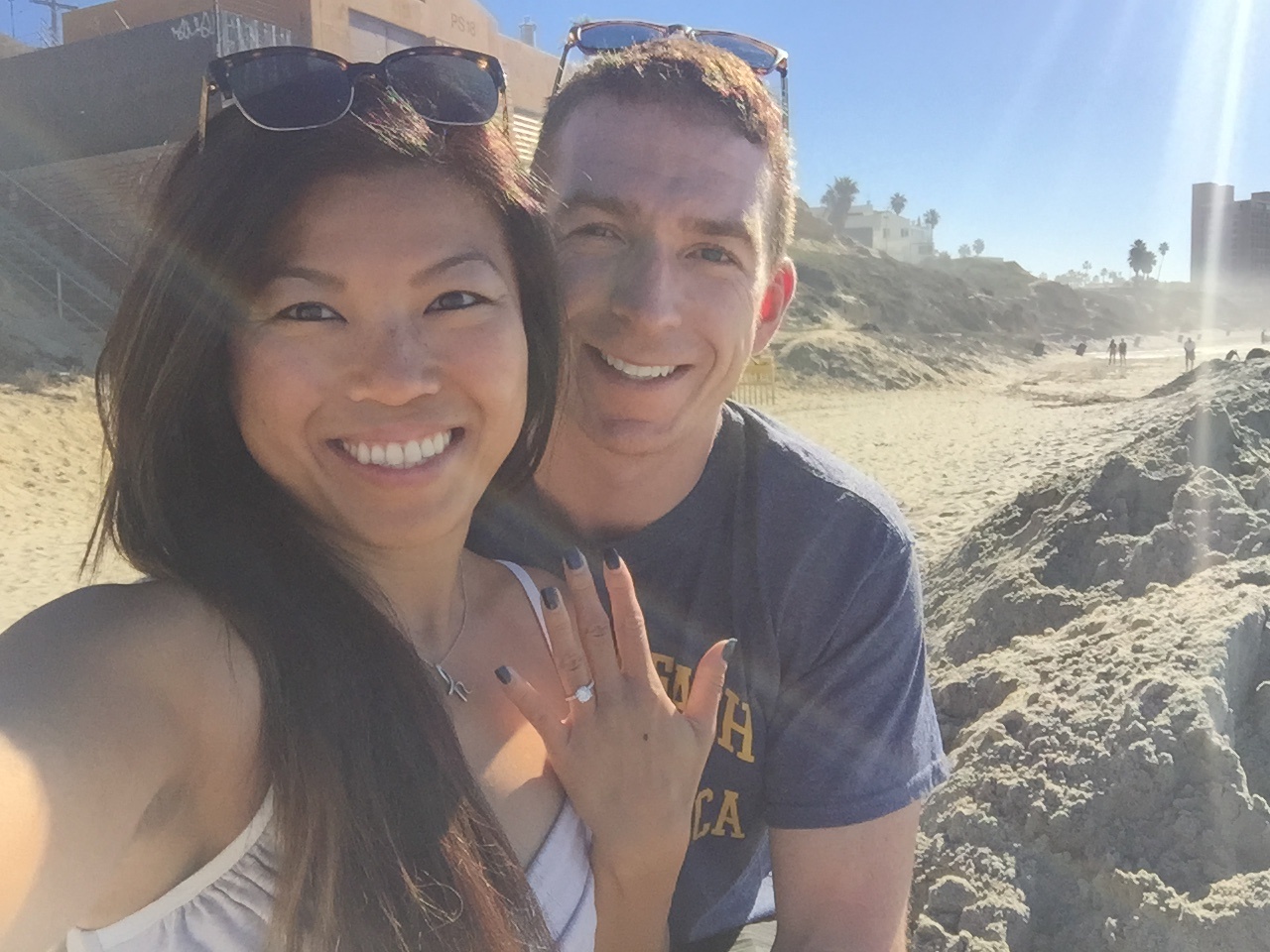 Sam really pulled off the ultimate surprise when he proposed to his long-distance girlfriend, Hoa, on a trip to San Diego! And the creative photos he took of the ring without Hoa noticing are some of our all-time favorites. So very sneaky! A big congratulations to Sam and Hoa on their recent engagement from all of us here at Long's Jewelers. Read all about the romantic proposal and see her STUNNING two carat engagement ring.

How did Sam propose?
"Sam and I have a long distance relationship. I missed him and asked him to come visit me in November 2016. With no hesitation, Sam said sure and booked his flight. Having no idea, Sam decided to put his diamond research into action and walked into Long's again with a purpose on Friday, November 4th and was able to get my dream ring by Monday evening before heading to San Diego.

Sam wanted to propose the next day. He arrived at The Cove in La Jolla, but with daylight savings time ending, we missed the sunset heading there after work. He decided to wait. The next day was an extra warm and sunny Friday for November so we decided to take a lunch stroll along the beach on our beachcruisers. It was a happy and relaxing Friday afternoon, so we decided to continue the fun outside and walk down the street to the beach (pb/Pacific Beach) to watch the sunset. We dropped off the bikes at home, Sam made us a cocktail, and grabbed the ring! I fortunately live up the street from the beach so we walked down, laid down a beach blanket, and enjoyed watching the sun setting.

Sam expected that I wanted this to be a private proposal so he waited until people left the beach. While waiting, Sam decided to take some selfies of us watching the sunset. But little did I know, he was taking photos of the ring he was holding while having this left arm wrapped around me, waiting to pop the question! 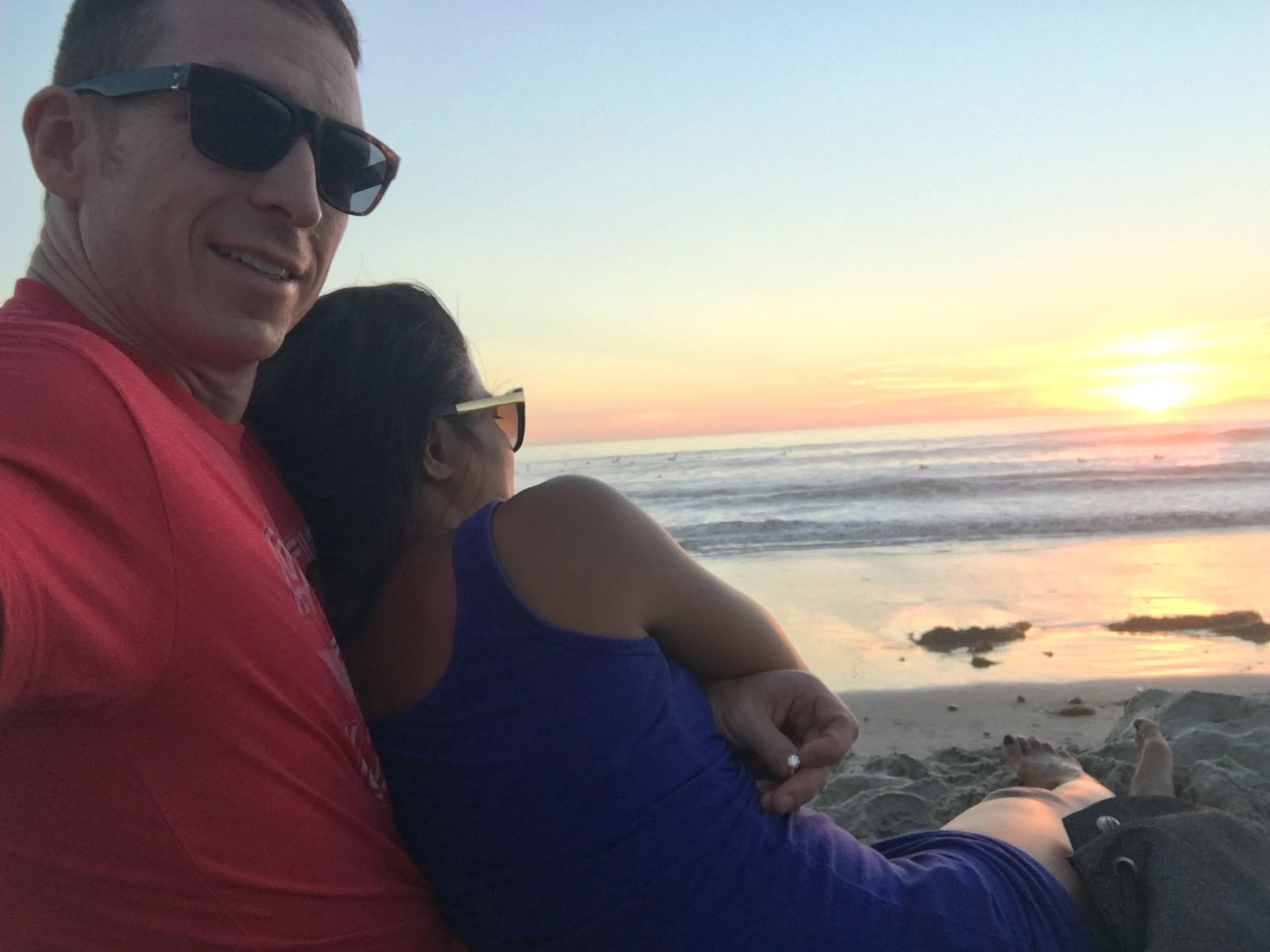 We had plans to go to dinner downtown that night and Sam asked me what I was going to wear. As I was telling him what I was planning to wear while leaning on him, he says, I have something nice you can wear tonight. I was waiting for him to show me something cute, like a scarf to surprise me with, but then out of nowhere, he gets on his knee, and asks, "Will you marry me?"

I was in total shock and I said, "No way?! That is not real." Sam was holding the ring in a way where I couldn't tell what was in his hand. I just saw something sparkly. He proceeded to try and put it on my right ring finger while I was giving him a hug. I was still in shock with all these different emotions running inside me but I knew that I had to say yes first and then hold up the correct hand so that he could place it on my left ring finger. It felt so surreal. We had the beach to ourselves and continued to kiss, hug, and be in shock and excited together! 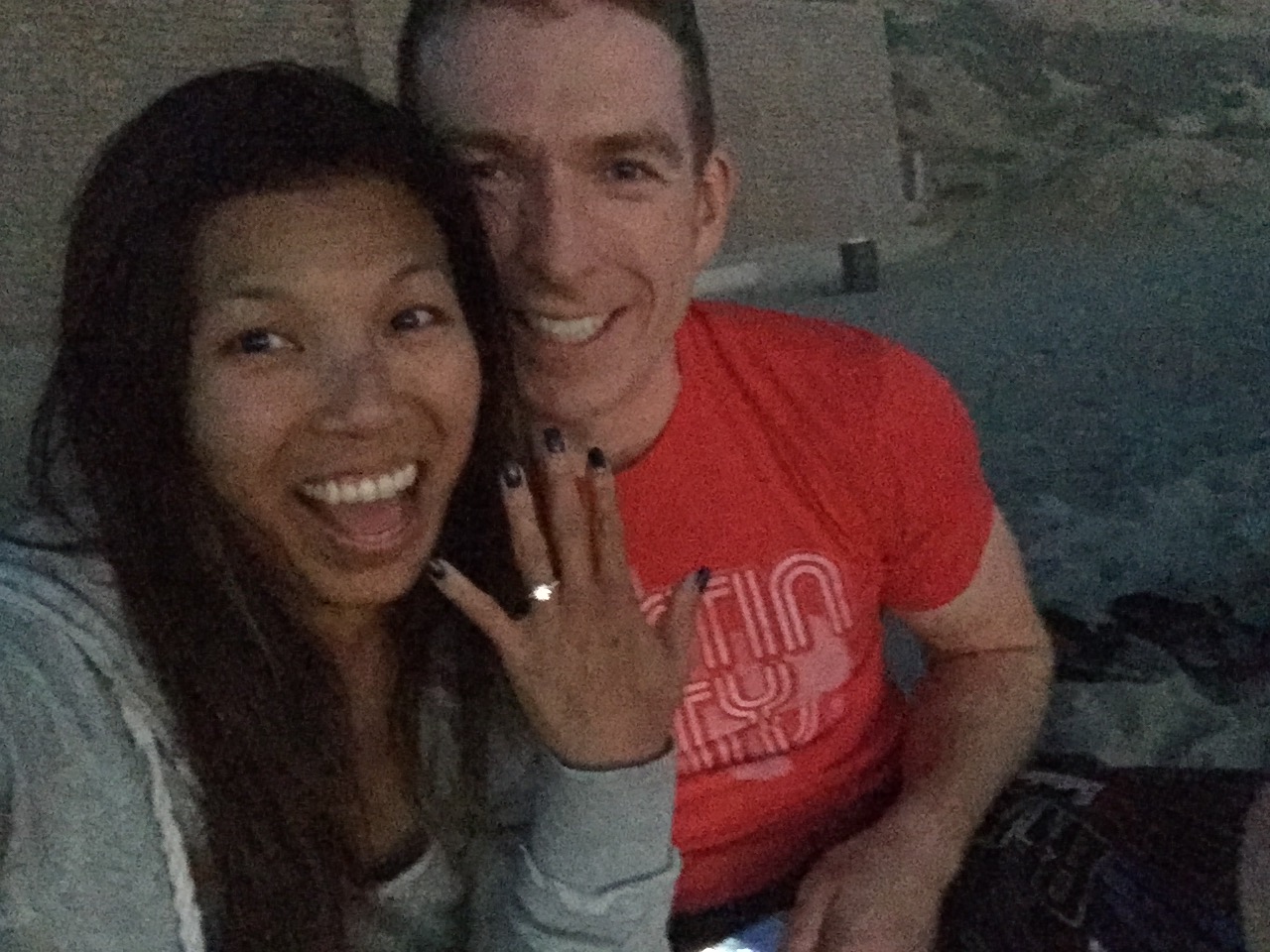 Soon after, we wanted to share the ecstatic news with our family, and started FaceTiming all of our siblings. It was a special moment which no one knew until we called them. Sam did not tell anyone he was planning to propose on Friday, November 11, 2016. Sam, you are the best!" 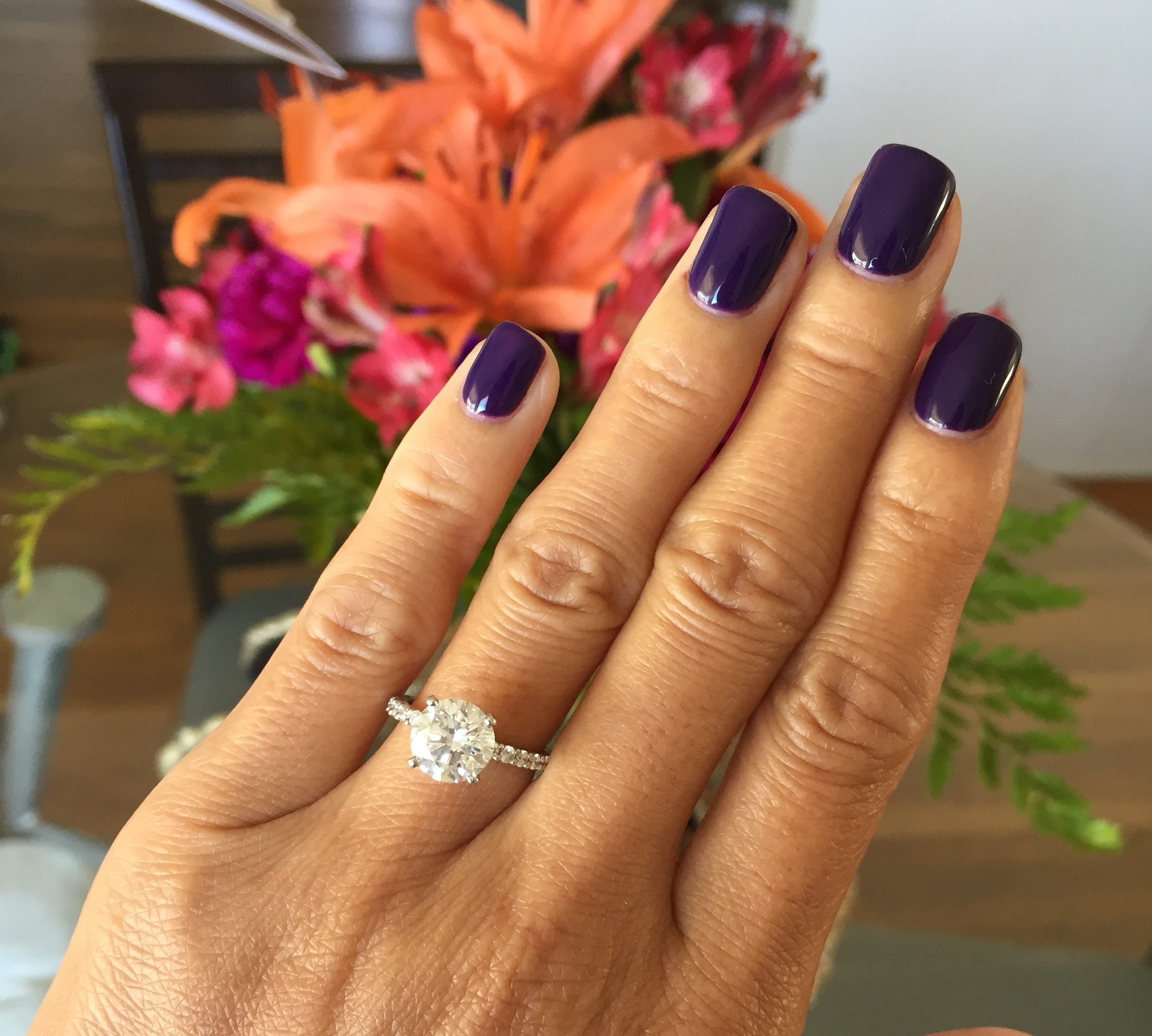 And that STUNNING two-carat Long's engagement ring?
"My engagement ring is absolutely beautiful! It is so clear, shiny, and sparkly!!! It's a quality 2 carat round diamond (actually 2.01; )) ring with 4 prongs. The platinum band I believe is petite, French pave with diamonds halfway around the band. The setting is low, sitting on the band. It's perfect for my small finger. It's a dainty sparkly band with a large sparkly rock! Did I say it's perfect? :) Thank you!"