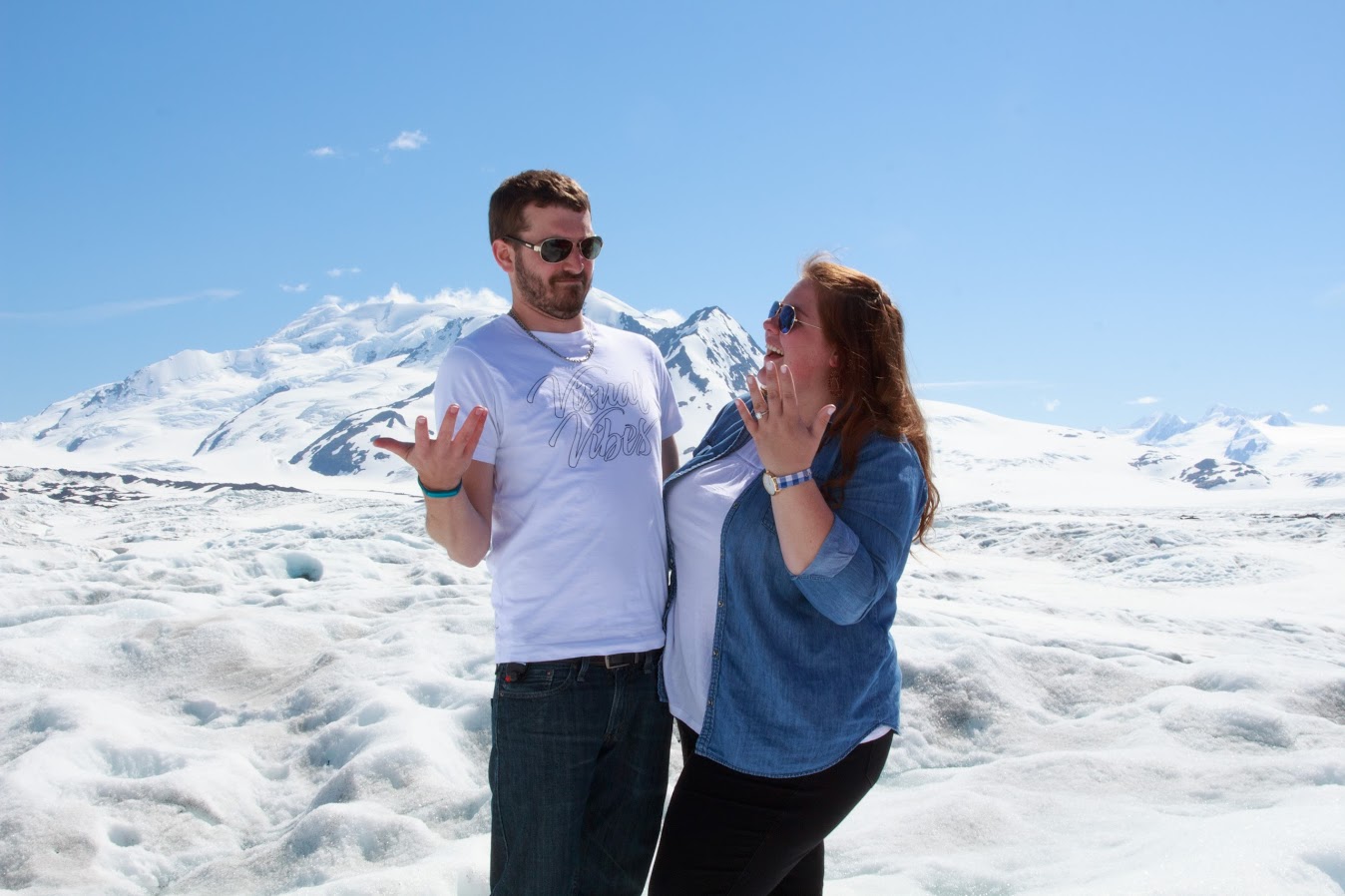 "I went into your store in Burlington, MA around January playing around with the idea of proposing in the upcoming months. At this point Kelly and I had been dating for 7 1/2 years and had been tentatively planning a trip to Alaska around June and was thinking of fitting it into that trip and thought it would be perfect to do it out there.

After planning our trip out I really wanted to take some sort of flight seeing tour either by plane or helicopter and opted into booking a helicopter tour during one of our nights in Girdwood, AK at Hotel Alyeska. I went through Alpine Air Alaska for the tour itself and told them I'd be proposing and would stay in touch with them in the upcoming months. 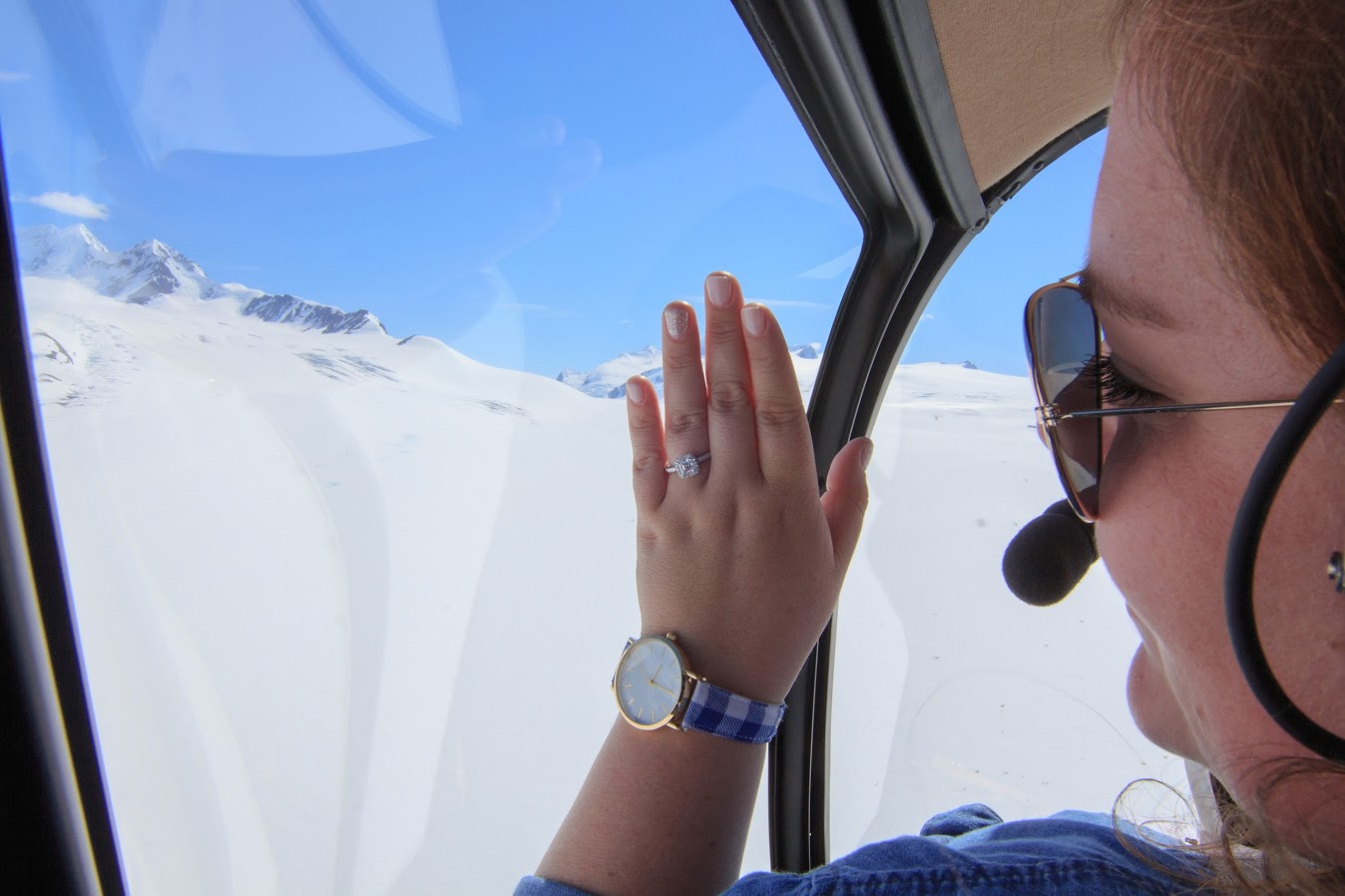 My first few visits there were with Susan in the engagement ring department. It seemed as though Susan and Alex had worked together but mostly every time I went in was when Susan was there. She was VERY kind and VERY helpful with everything since I was very unfamiliar with ring ordering and customizing. I must have went in atleast four or five times before ordering the ring. Susan really made me feel comfortable and really made me decide to stick with you guys throughout the process.

After deciding on the diamond, band, etc.. I custom ordered it with Susan and Alex and the wait began!

The ring was custom made as an asscher cut diamond with a wrapped/twisted band/shank, non cathedral, with four points mounted low, cushion halo, set semi-flush with the diamond appearing through the bottom. Prior to picking up the ring I had found out that Susan had left during this time period though. I was super bummed! However, Alex has been an absolute pleasure to work with since then. 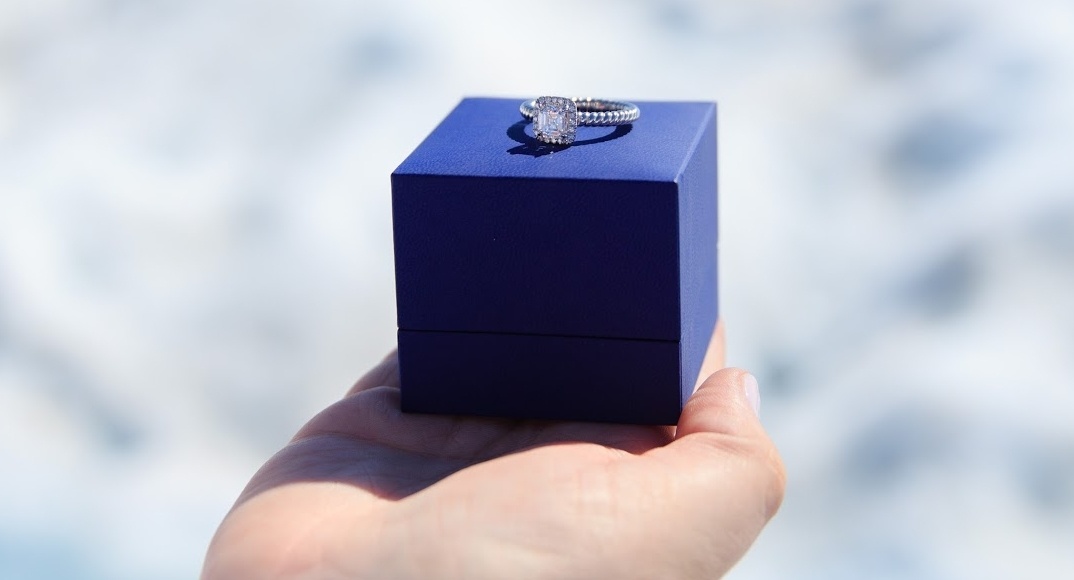 Finally it came time to pickup the ring and bring it on the trip with us. Hiding it discreetly throughout the trip was tough, but worth it. We flew on June 14th, 2016 on the helicopter with Alpine Air and landed on the Colony Glacier northeast of Girdwood. This was about mid-way through our trip and I was glad I didn't push it further into the trip! (We were there a little over a week)

We landed on the glacier after a beautiful helicopter ride in, took some pictures, enjoyed the incredible view, drank some of the glacier water from an extra water bottle we had, and got ready for our final pictures. I gave the company a heads up on exactly what I had in mind for this final moment. I had Kelly get setup to focus the camera off in the distance and handed over the camera to our helicopter Pilot. Putting it in video mode, we weren't taking a picture. Little did she know we were shooting video and I gave a semi-short speech and proposed! She said yes! After that we took some fantastic pictures the pilot helped us take and I was very happy how it all came together. It was an absolutely amazing trip out there, and I'm still sorting through the rest of the trips pictures!" 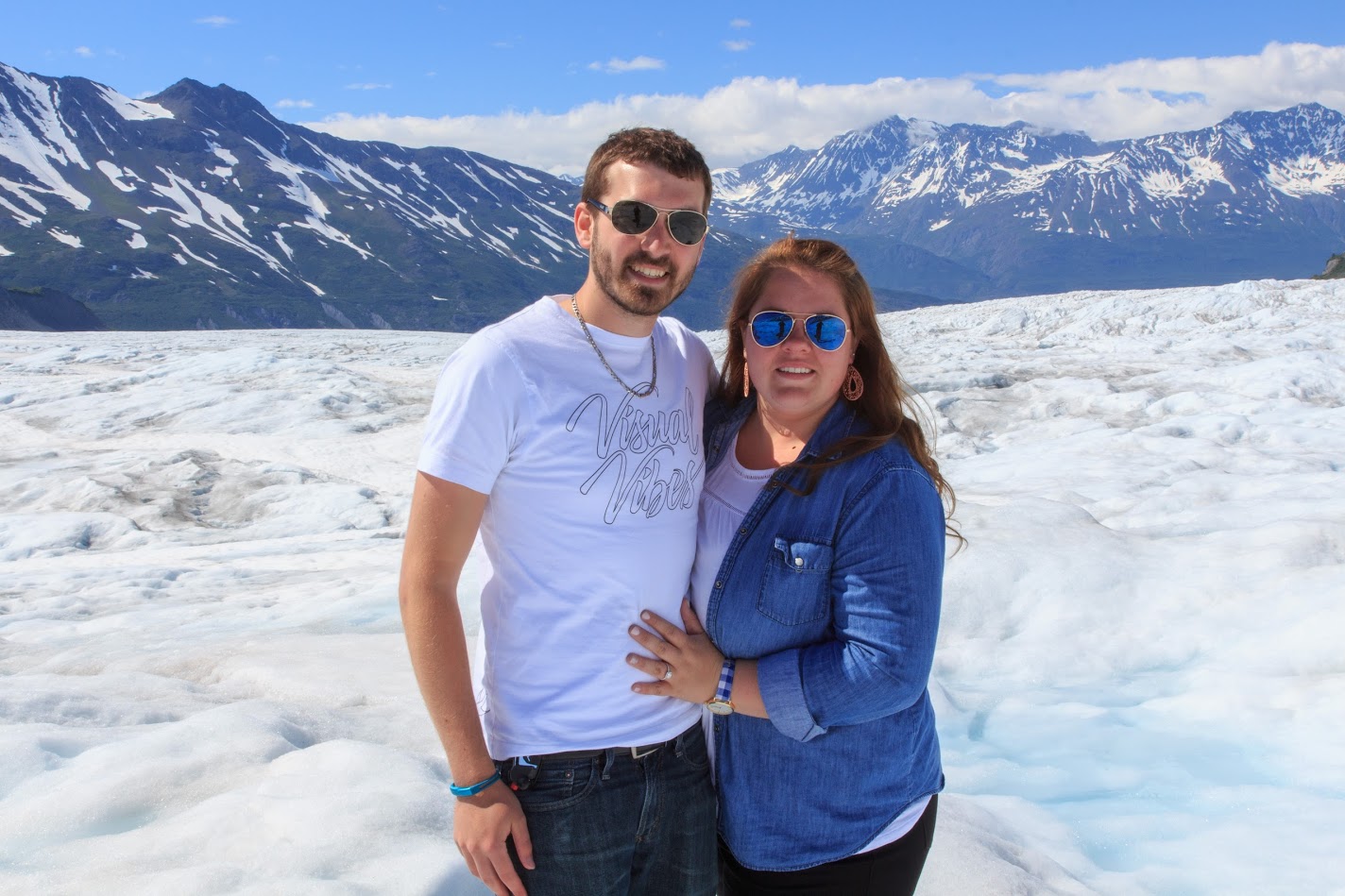