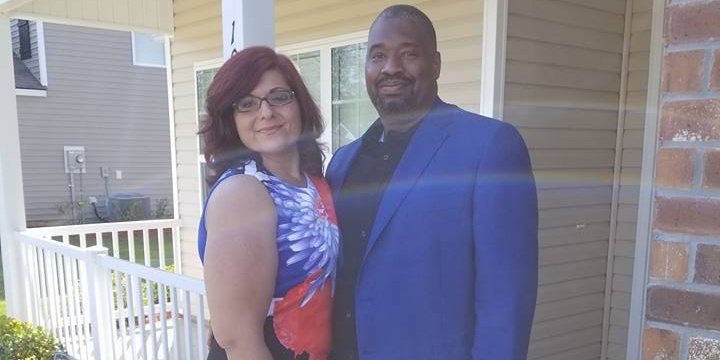 Back to where it all began! Read on to see how Demetra surprised Nancy with her stunning, new ring at a special location. On behalf of the entire Long's team, congratulations and best of luck.

"Demetra owns some rental property in Worcester, MA and I was a housing inspector for the City of Worcester. I had to inspect one of his units and there were some violations that needed to get fixed in a certain amount of time. He did not meet the time obligation so I had to refer the case for court adjudication. I had never met him before, but one of my colleagues had worked with him on another property so when we arrived at the court house I asked her, "Where is this Mr. Moore character?" She pointed him out and I knew I was in trouble because he was very attractive. We did not speak after that court date, but almost a year later I saw his name on another complaint so I reached out to him notify him that I would be doing an inspection. He said I know I told my tenant to call you... and here we are 8 years later. I am so happy to be marrying my soul mate and best friend." 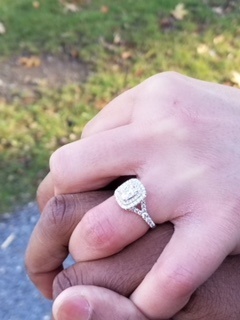 "Demetra proposed to me on November 19th, 2017. We went out for brunch at a local establishment. I noticed he was carrying his camera backpack so I asked him why he had that. He said because it was such a nice day that he wanted us to go the park so he could take some photos. I said ok great and suspected nothing. After brunch we went to the park and walked around the grounds and he took some photos of the geese and grounds. He said he wanted to take a picture of me by a beautiful tree. After we did that he turned like he was putting his camera away. I was looking in the opposite direction scouting out another shot for him to take. He said to me you know that this is where we ended our first real date. I said yes I remember, but they took our park bench away. When I turned around he had this beautiful blue box in his hand and told me how much he loved me. He bent down on one knee and asked me to marry him. It was so romantic and emotional!"

"My ring is very exquisite and breathtaking. It is a cushion setting with an emerald cut brilliant diamond surrounded by accent diamonds."