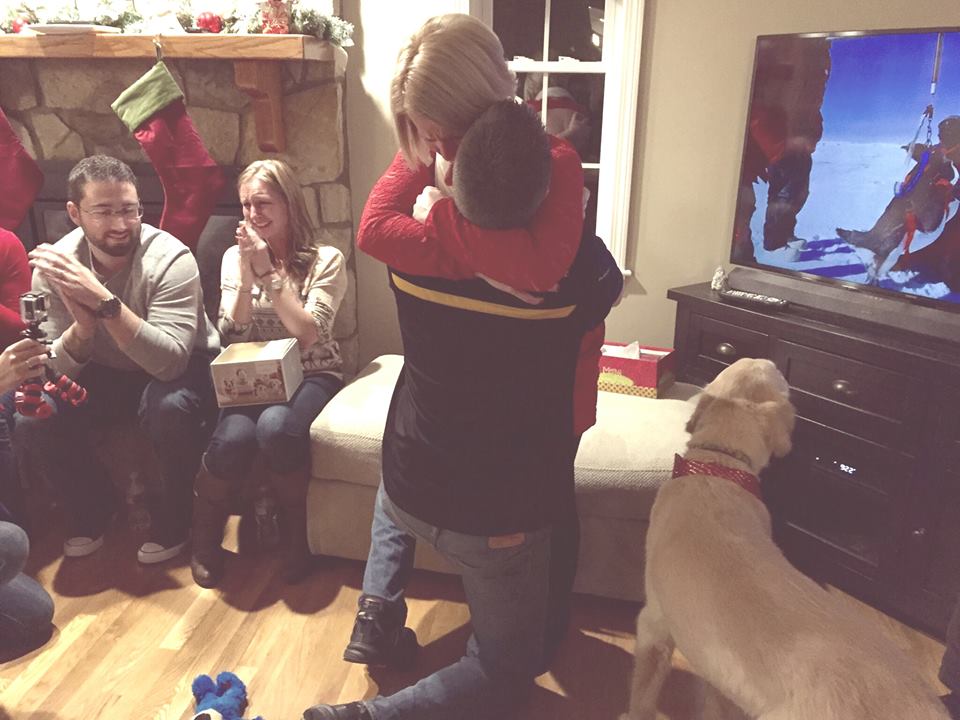 Craig and I met through Match.com. My younger sister actually spent more time looking through the site than I did, and when she came upon a note from Craig, which included his love for golden retrievers; I knew we had to meet. We haven't spent more than a day apart since!

We recently bought a home together and live in Middleboro MA with my 5 year-old Golden Retriever, Pancake- and his 7 year-old Yorkie, Coco. Nothing in my life comes before Pancake, and Craig has been on board with that and a part of the "Pancake rules the world" methodology since Day 1.... so it was only fitting that he be a part of Craig's big proposal. We thought it would be nice to host Christmas Eve to bring both of our families together to enjoy the new house and I spent most of the day cleaning and preparing food, oblivious to Craig's plans. He disappeared for 3 hours in the afternoon to ask both of my parents for their permission to marry me, and I thought he was just taking exceptionally long at the grocery store!

We had planned to do a Yankee Swap from the get go, so when it came time to play- I was far too busy calling out numbers like I was at the deli counter, to pay any mind to the fact that EVERYONE IN THE ROOM was in on the surprise of my life. Craig had pulled all 25 guests aside during the night to tell them his plans and specifically advise "If you end up with the wooden engraved golden retriever box, you need to switch with Melissa." As luck would have it, my sister's fiance ended up with it and at the last second switched it for my Petco gift card. I was too busy asking for it back to buy Pancake toys to notice that Craig was cutting open wire on the box and when I opened it, Pancake was inside with the now renowned picture asking, "Mom, can we keep him?" At the same time Craig was getting down on one knee to tell me that he wanted to ask with everyone here in the room so that if I ever forgot how much he loves me- I would have everyone here to remind me. I was completely and utterly shocked and had NO idea it was coming. I obviously told Pancake we could keep him and he sealed the deal with the beautiful ring from Long's! 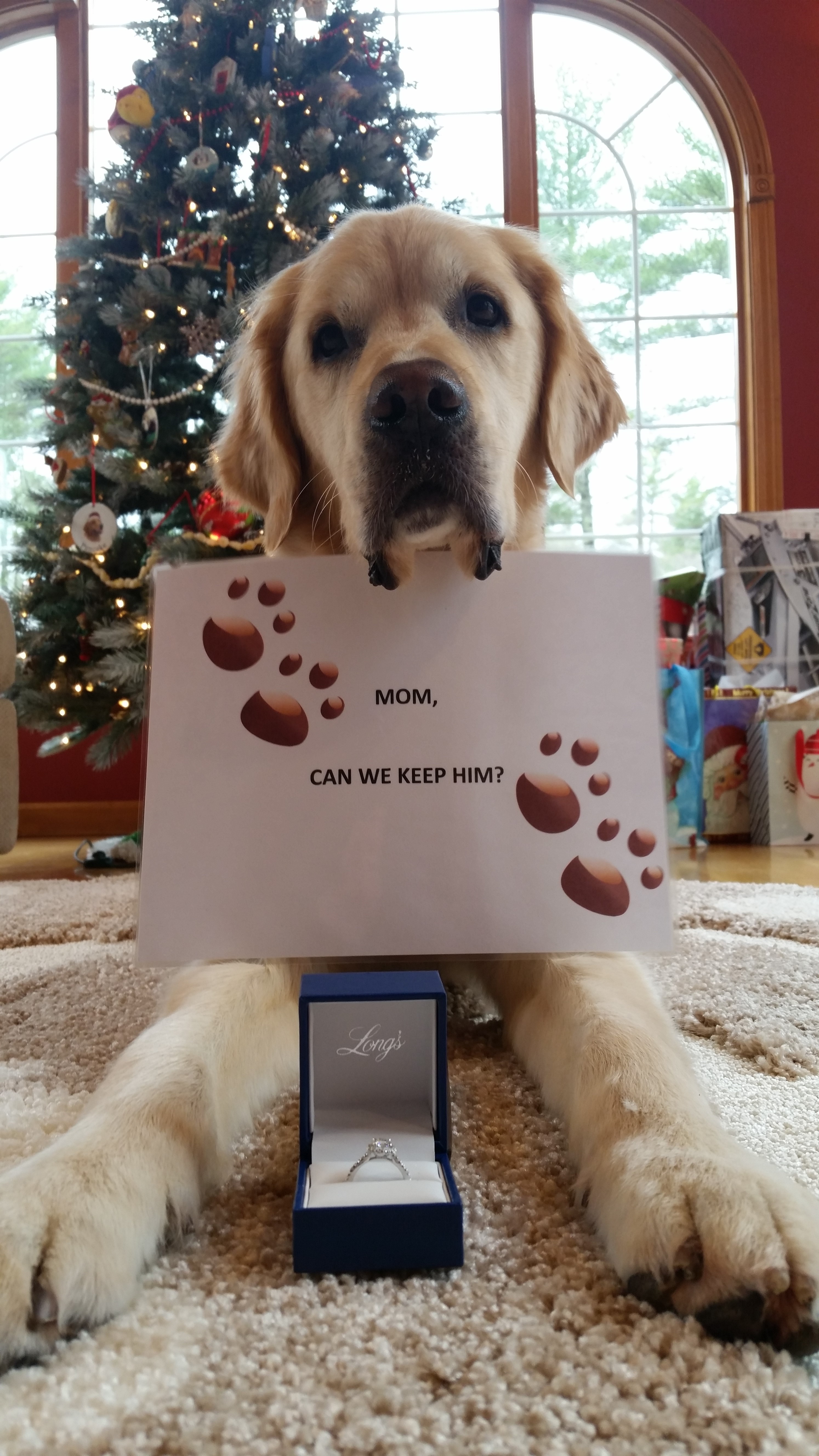 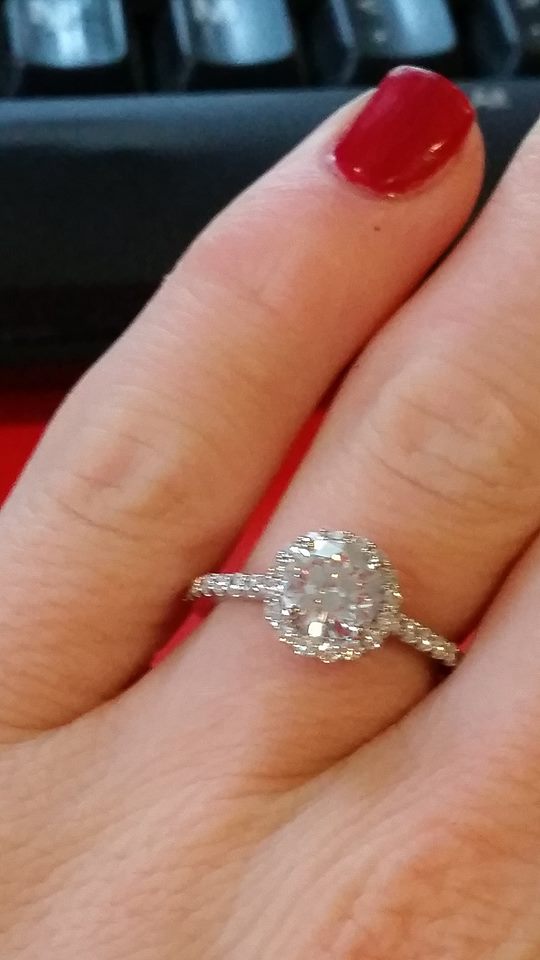 The best part was that many guests caught it all on video and we'll always have this moment captured to watch over and over again (believe me, I already have!). Pancake's involvement and Craig's thoughtfulness and creativeness made this the most magical day of my life and we are now gearing up for Pancake to be the "Best Pan" at our wedding.

Pancake loves showing off for his friends at https://www.facebook.com/pancakethegolden

Thank you for the beautiful ring- I'm wearing it proudly :)
Melissa, Craig, Pancake, and Coco