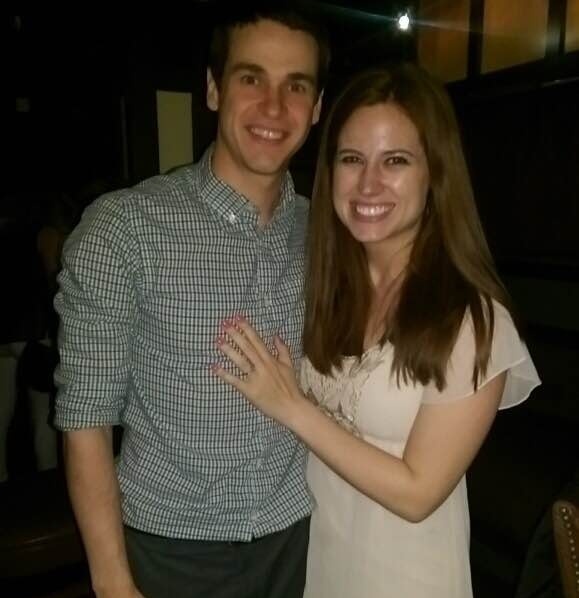 An exciting Long's proposal story submitted by one of our very own! Lynelle, who works for Long's as our Digital Marketing Manager, shares her memorable day and shows off her beautiful five stone engagement ring. You won't want to miss this sweet tale!

How did you two meet?
"I first met Mike when he joined the student group I was in, the Student Alumni Association at Northeastern University. I was a sophomore and he was a middler (what we call third year students at NU). We went on a retreat with the student group in the fall, and while we were there, we both participated in a nighttime game of capture the flag. While I was guarding our flag in the dark, I accidentally got pummeled to the ground by someone, the wind completely knocked out of me. Turns out it was my future husband! I quite literally "fell" for him right then and there."

How did Mike propose? 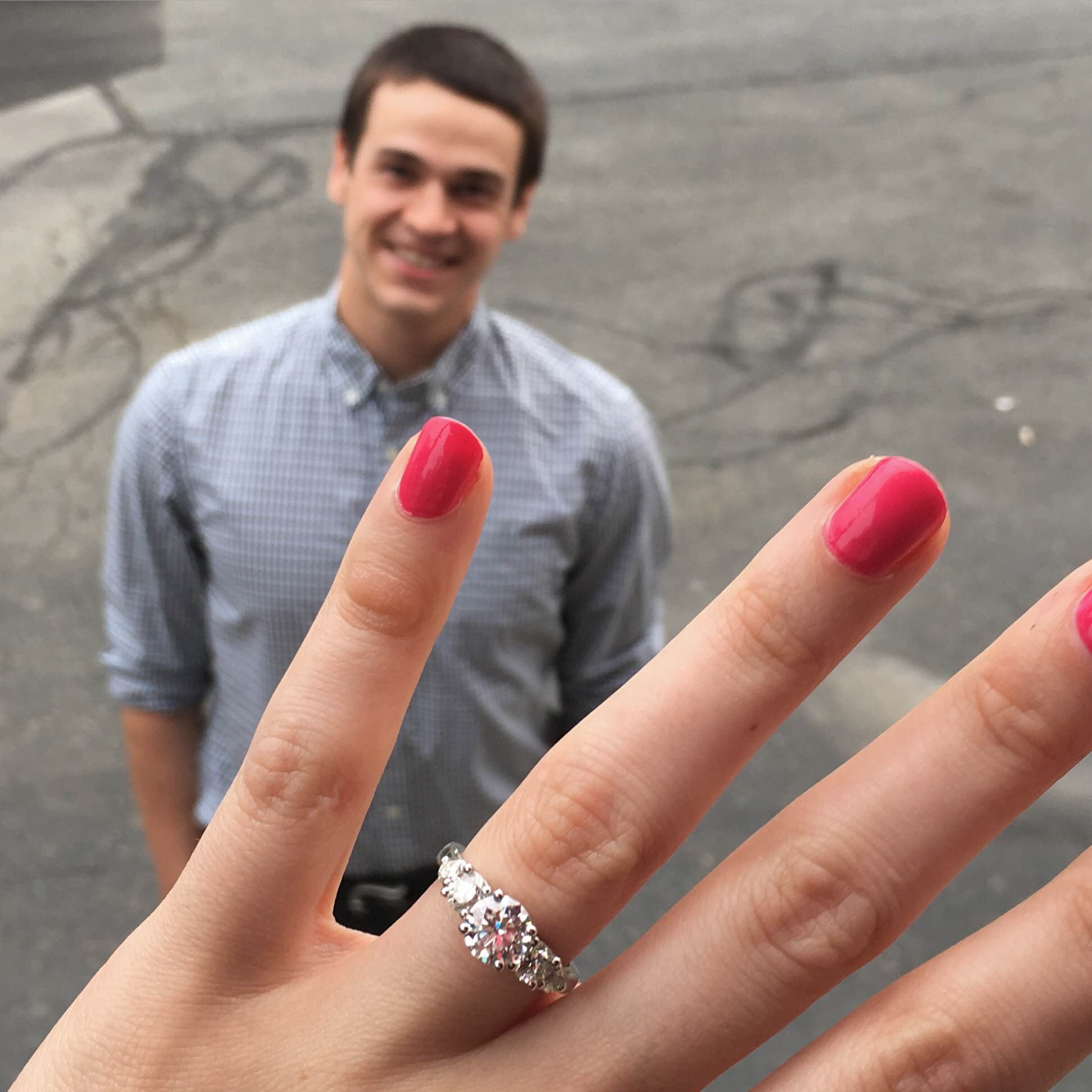 "I had my suspicions as the year went on that something might happen. I always told Mike I was a suspicious person, so it would take a lot to surprise me. Mike had just recently returned from a camping trip and had said that he wanted to spend the day together on Saturday when he got back. Of course, I did not know what he had planned so I had already booked a few errands that I had to run related to my car, shopping, etc. I had promised him that I would go on a picnic lunch when I got home, something that we do quite often so I never gave it a second thought.

While I was taking care of my errands, it started to downpour and storm outside. Apparently the weather Gods were not on our side that day, but Mike had already planned the rest of the weekend around the proposal. So, he went with plan C which was to surprise me in our apartment.

When I finally got home in the afternoon from all my errands, we sat down on the couch and started talking about our future. Nothing seemed off or weird to me at the time (although he claims he was extremely nervous). He told me that he had known for a while that he wanted to spend forever with me, and that he'd been recording all the reasons why in a journal. He handed me a leather journal that had 400 entries in it, a reason why he wanted to marry me for every day that we've been living together. 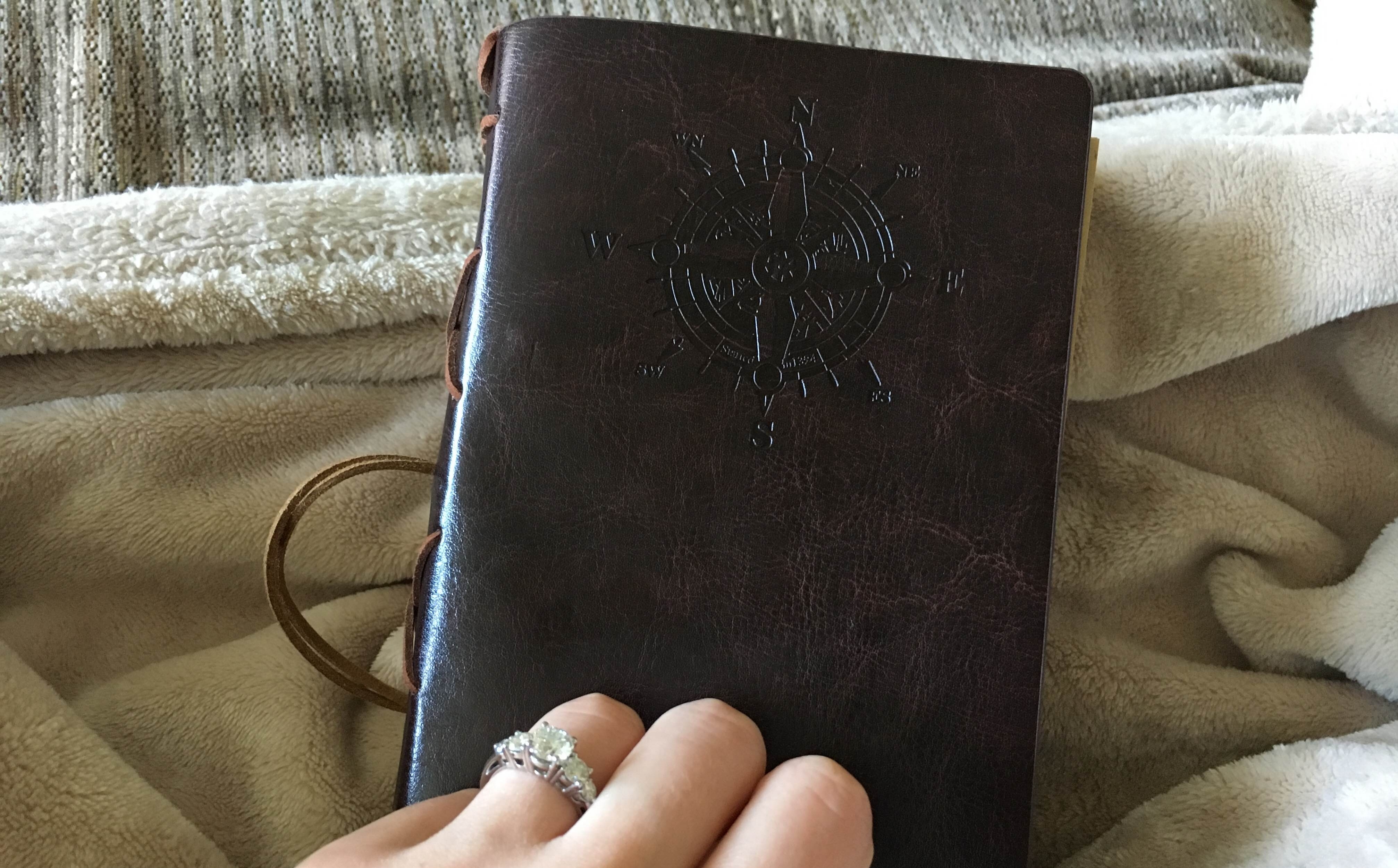 As I started to process what was happening, he got down on one knee and asked me to marry him! I was quite literally speechless. I NEVER saw it coming at the time. I had just finished eating lunch and was focused on the other errands that we had agreed to do that afternoon (lies).

After I said yes, he handed me a card that a lot of my friends had written in to congratulate us. I realized that everyone in my life was in on the surprise. He had even asked for my family's blessing a few weeks before that, so they had an idea it was coming soon. Mike told me he made dinner reservations for the Capital Grille in Boston that night and afterwards we met up with some of our closest friends and family to celebrate. It was the most special day of my entire life!"

And your Long's engagement ring?
"Mike used a stone from my mother's original engagement ring which is so special to me. With that, he then picked out a five stone setting featuring a center stone and two diamonds tapering down on each side. Set in platinum." 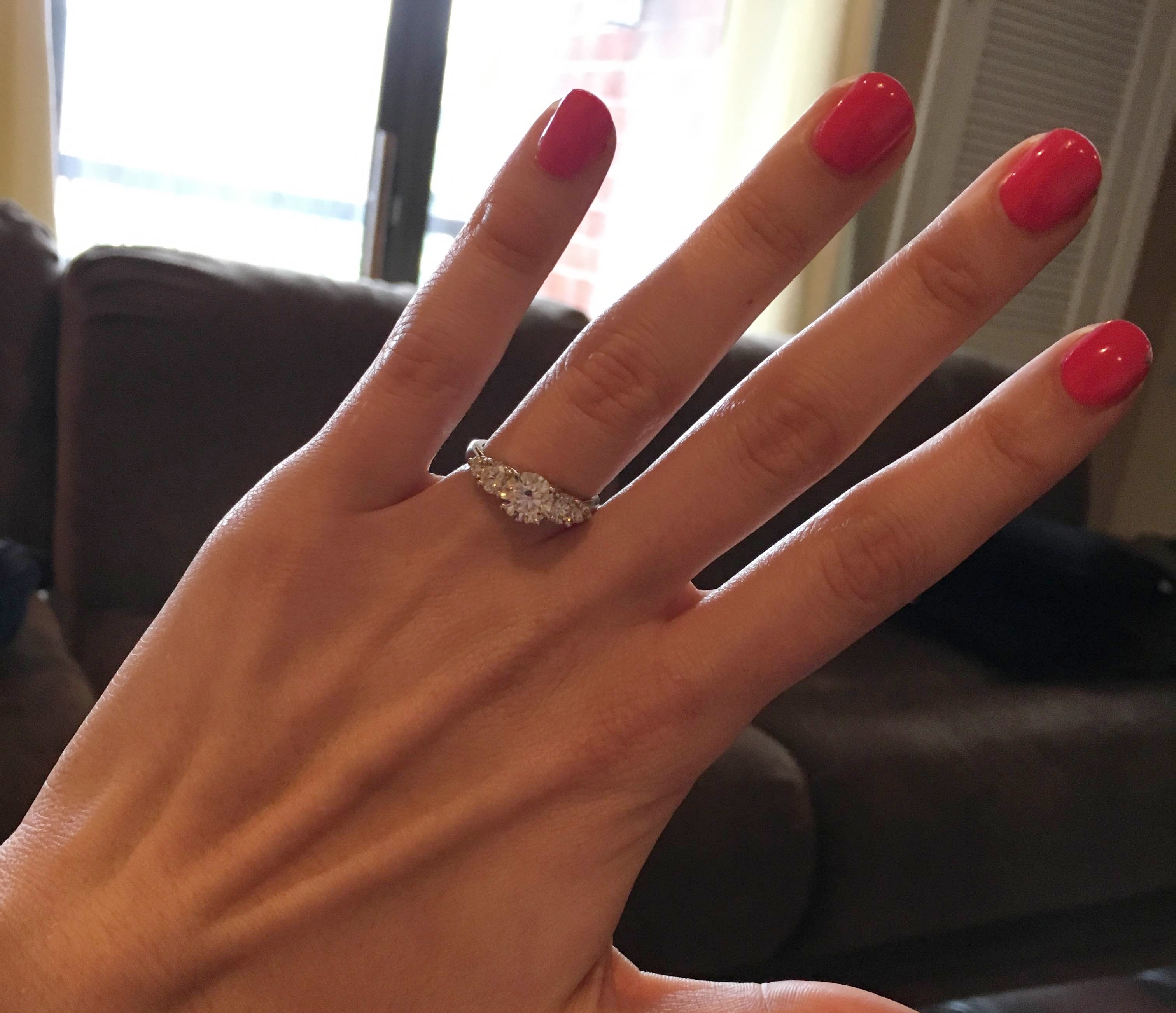