Finally - our first Long's proposal story from one of our own! Lexi works at Long's in our marketing department, and it came as a shock to all of us when she came in one day with a ring of her own. We're beyond excited for Lexi and her new fiance, Lance. Here's the action-packed story of the proposal:

"My fiancé, Lance, and I met almost two years ago. We were actually set up by our moms! Who would have thought that would've worked out? We were both really hesitant about being set up but we reluctantly agreed. A week after we first talked, we had our first date spending the entire night laughing and have been together ever since!

Since my job revolves around marketing Diamonds & Engagement rings at Long’s, I would often talk to Lance about styles of rings and awesome proposal stories I heard about from couples who purchased their rings with us. Little did I know that he was secretly taking notes on little things I would mention for the past year!

Lance and I had been talking about going on a helicopter tour for a while so one day he told me he booked us a foliage & lighthouse helicopter tour in Portsmouth for the upcoming Saturday. We arrived at Seacoast Helicopter for our tour and got ready to head up in the air. Everything was going smoothly – the helicopter was awesome, we had amazing views of the fall foliage and the seacoast. Then, about 10 minutes into the ride the owner & pilot said that a check engine light came on and we would need to do an emergency landing. It just so happened that we were above a big field on a farm and landed there. The owner had us exit the helicopter and walk into the field while he “fixed” the engine.

As we were walking into the field, Lance started recalling how great the past couple of years have been – that was the first time I had a hint of what was happening. He then got down on one knee, pulled out a very recognizable Long’s blue box and asked me to marry him! It took me a while to actually say yes as I was so SHOCKED! He had to ask me, “so is that a yes?” My answer was, “Yes, of course!” It was the absolute perfect surprise proposal. I ended up with my dream ring & my dream husband-to-be." 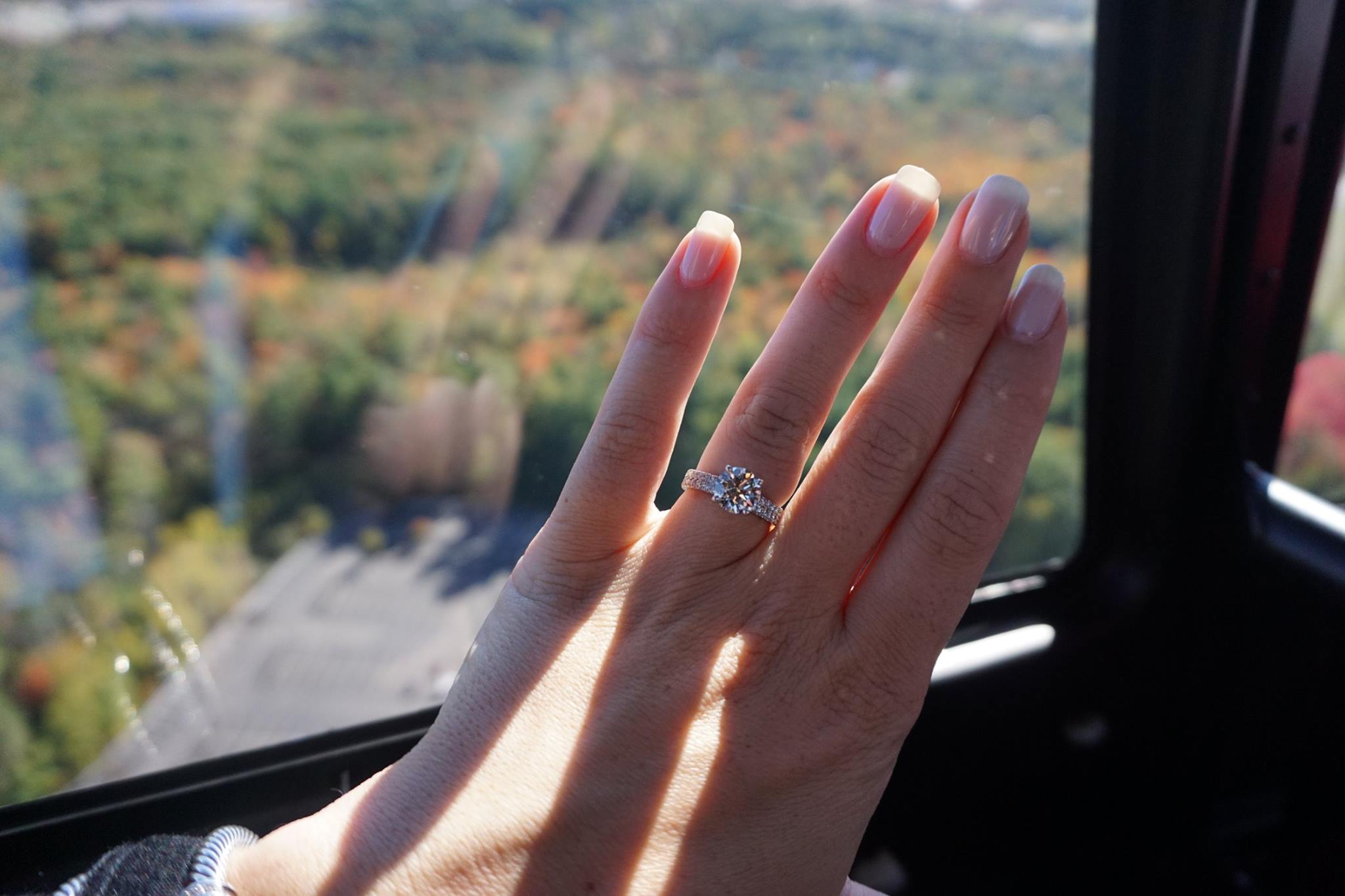