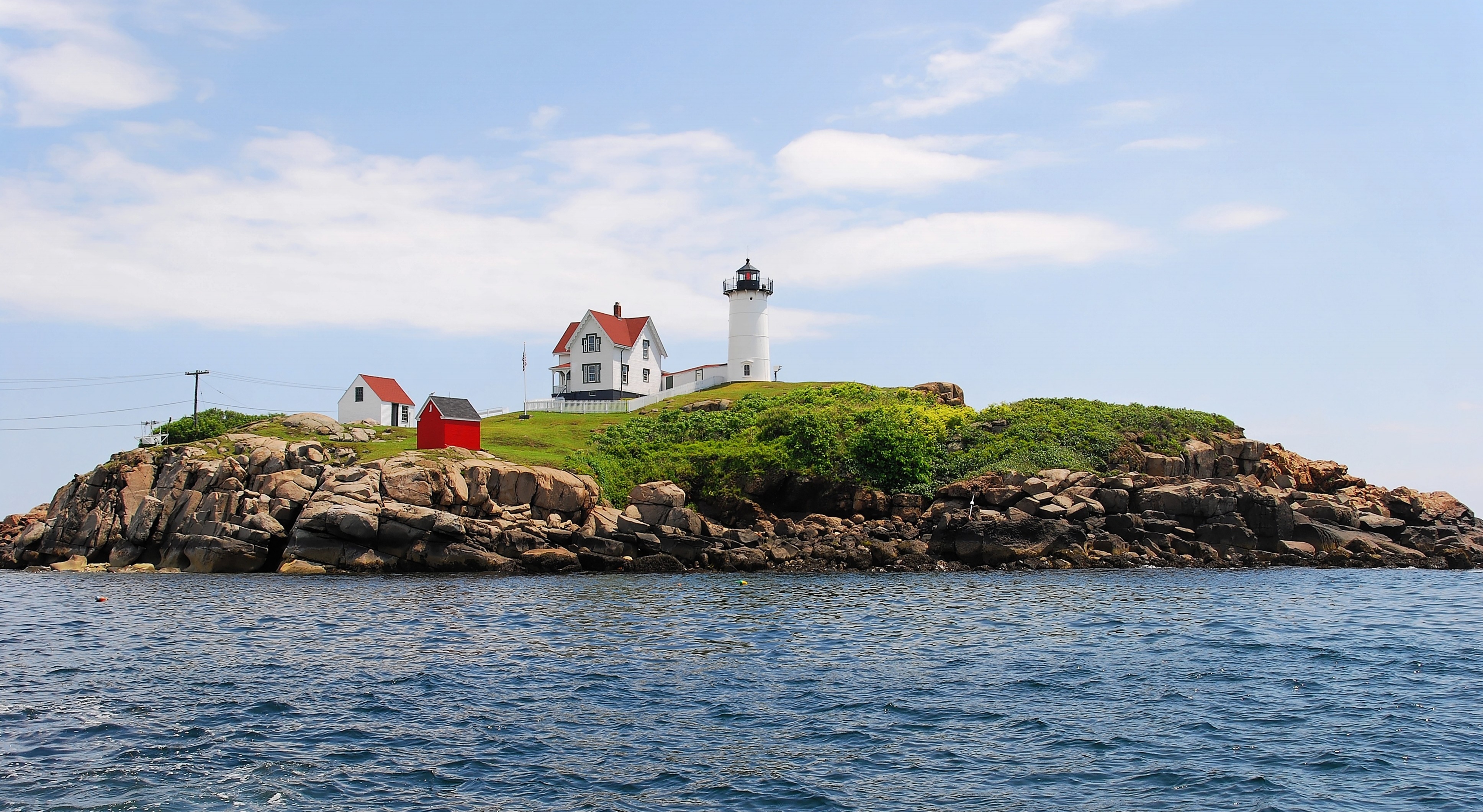 We love a good New England proposal! Read on to see how Mike surprised Lauren with her beautiful, new ring at the Nubble Lighthouse in York, Maine. On behalf of the entire Long's team, congratulations and best of luck.

"We met at a mutual friend's son's baptism party."

"We had planned a trip to Portland, Maine, but decided to go up a night early to see friends who live in Ogunquit, Maine. We spent the night with our friends and the next morning we planned to see the Nubble Lighthouse. I have an obsession with lighthouses, and neither of us had been so Mike planned the trip. We left for Nubble in the morning and drove along the coast looking at the beach the whole way. When we got to Nubble, Mike brought me down to the rocks where no one could see us, and, as I was taking pictures of the lighthouse, he pulled the ring out and knelt behind me. He called my name, and asked me to marry him. I obviously said yes! We celebrated in Portland that night." 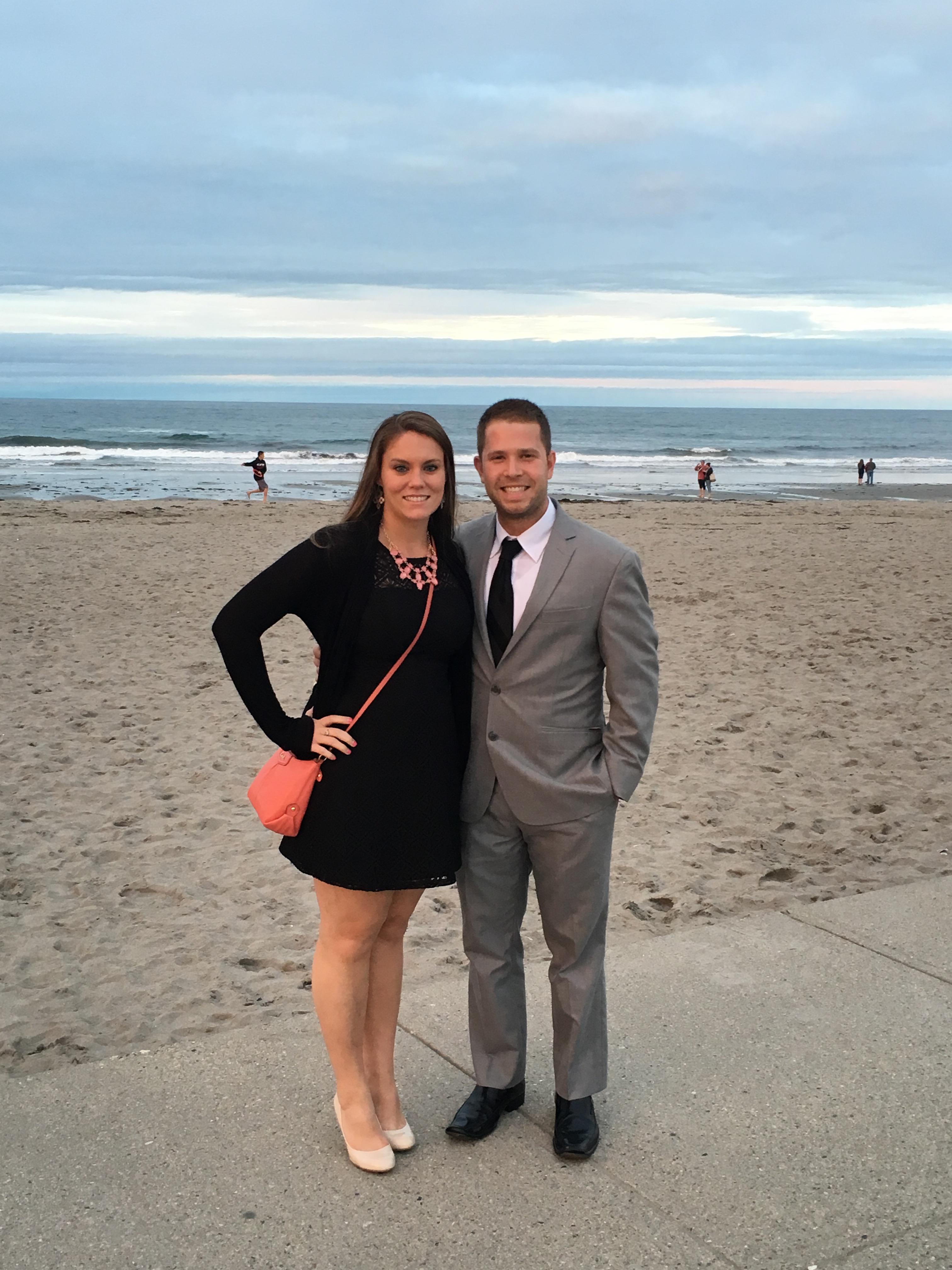 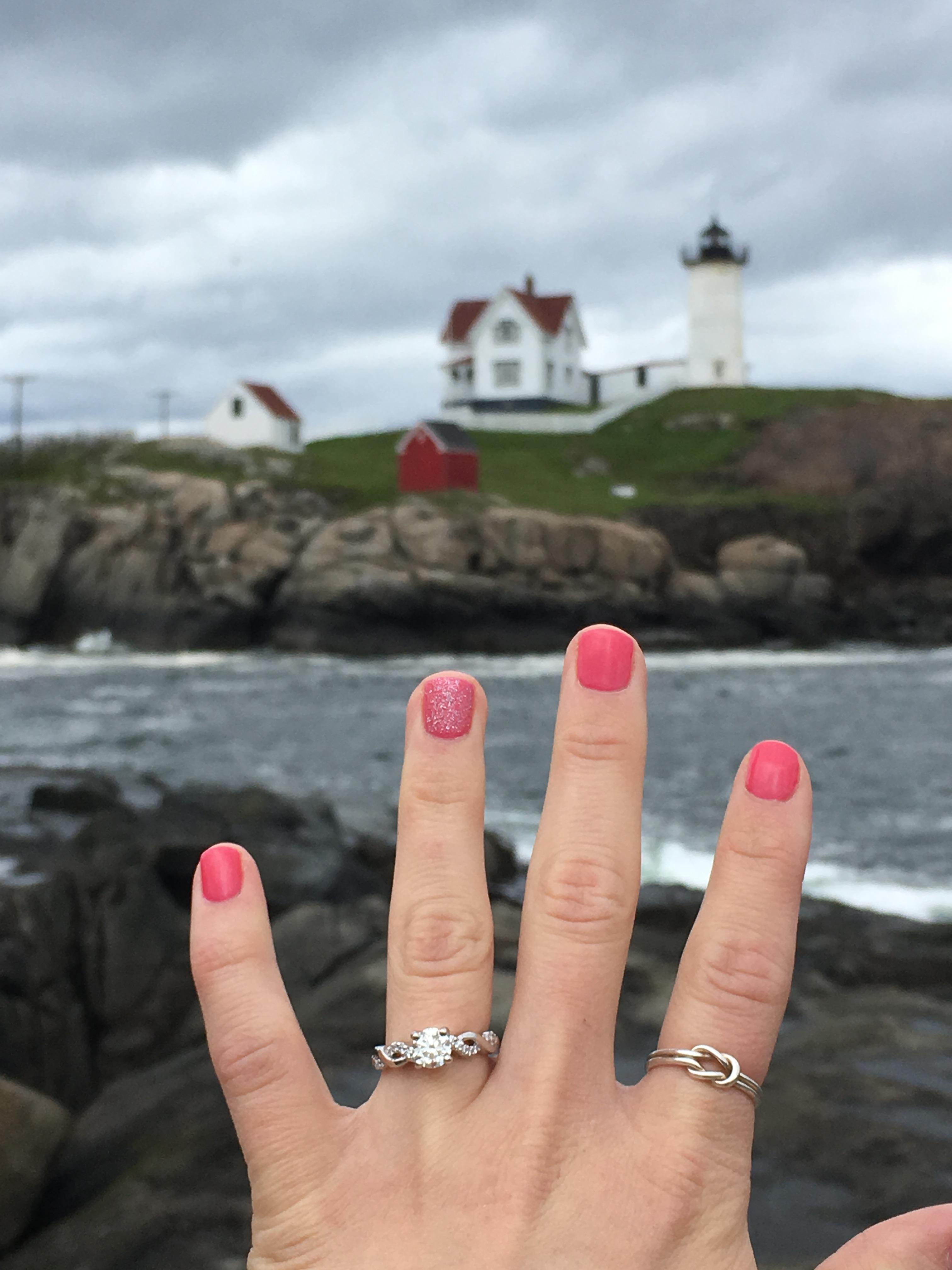 "It is exactly what I wanted. A solitaire with a twisted band and diamonds on one side."