High school sweethearts and a memorable walk through the Boston Public Gardens! Read on to see how Domenic surprised Lauren with her stunning, new ring. On behalf of the entire Long's team, congratulations and best of luck.

"Lauren and I are high school sweethearts - although it wasn't exactly "love at first sight" (on her part - though I can't blame her, I didn't always have the best sense of style). Her best friend and one of my buddies from high school were dating at the time, and we were set up on a blind date as something fun to do on a Friday night during our senior year. Long story short, we spoke loosely for a few months, and then started seeing each other pretty regularly. Before you knew it, we were a "thing," and we've been in love ever since." 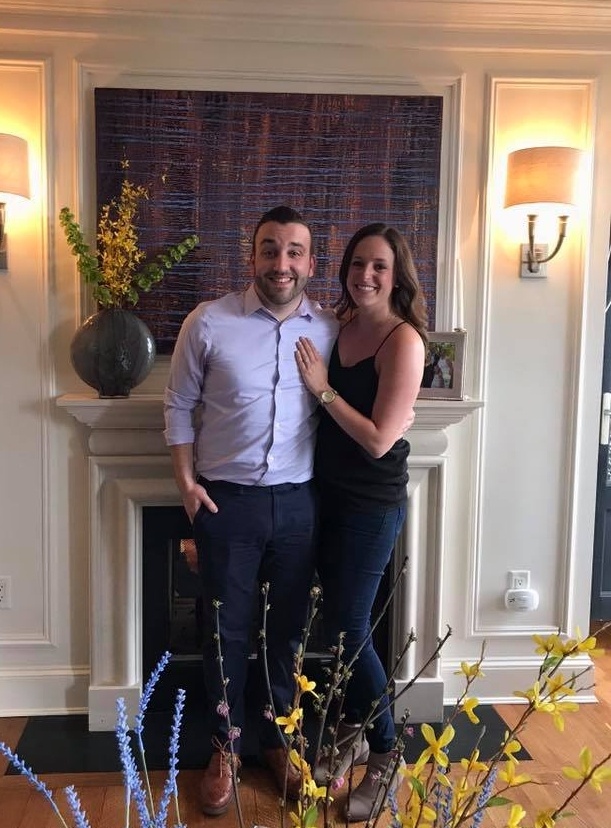 "I asked her parents the day before Easter Sunday, while she was out of the house at her friend's baby shower. Immediately after getting their blessing, I met up with Lauren's sister and drove to Long's in Peabody to pick out (and order) the ring. We made a pretty quick decision (with some help), and it definitely didn't hurt that I paid pretty close attention to the types of rings she's posted on her Pinterest page for the last ten years.

Over the next couple of weeks, I enlisted her closest childhood friends, her sister, her parents, my sister and my mother to help assemble the SECOND surprise - getting about 50 of our closest friends and family to wait nearby at an apartment on Beacon Street to celebrate with us afterwards. On proposal day, Lauren and I had brunch at MET in Back Bay (though my appetite was definitely absent), and I had her best friend (who introduced us about ten years ago) call Lauren to invite us out for post-brunch drinks at #9 Park, the restaurant her boyfriend works at as a chef. Conveniently, #9 Park is a brisk stroll through the Public Gardens, so all that was left was to get her halfway across that bridge and propose. 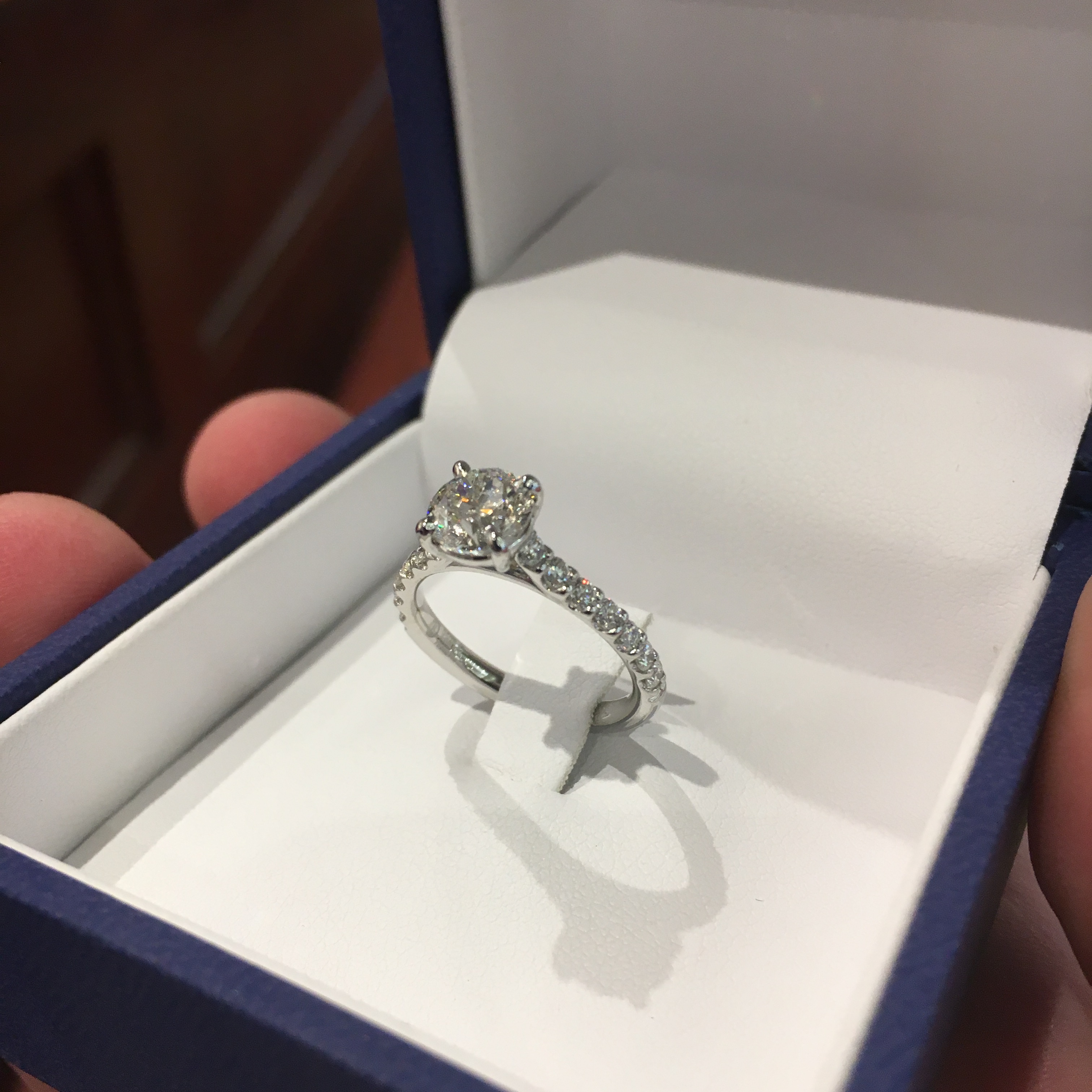 Everything went exactly as planned, and the whole thing was captured by a photographer I hired to hang out nearby. We also had our pictures snapped by dozens of applauding tourists, which was a nice little added perk. When she started frantically calling friends and family (most of whom were already nearby waiting at the surprise party), her friend who owns the apartment suggested that we swing by quickly to pick up a small gift they had waiting for us. Little did she know...

We went up to the apartment, and all of our friends and family jumped out in surprise - she had absolutely no idea. The plan could not have been executed more perfectly, and I'm so grateful to everyone involved (especially the team at Long's in Peabody, who somehow managed to pull off getting the ring ordered and set in time) for making this day so special!"

"She could probably describe it way better than me, but it's a platinum setting with a round diamond and much smaller diamonds around the band. It's absolutely gorgeous, and it compliments her (and her hand) perfectly - if I do say so myself."