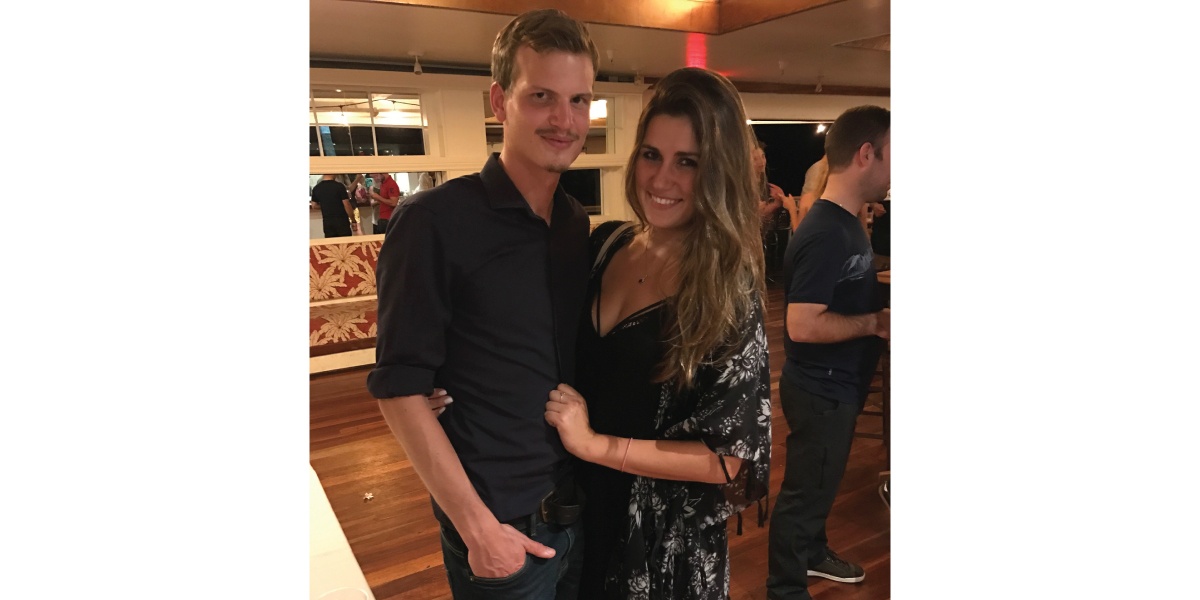 These two found love in paradise! Read on to see how Toby (and their pup Kona!) surprised Laura with her gorgeous, new ring. On behalf of the entire Long's team, congratulations and best of luck.

"We met on a beach in Hawaii. We were both living on the big island of Hawaii and had mutual friends, but somehow never crossed paths. After about six months of just missing each other, we were both invited to a barbecue on the beach. I knew one person on the beach and was feeling a little out of place until Toby gave me his towel to sit on. We started talking and the more we did, the more we realized how similar we are. Neither of us were looking for anything serious, but as time went on we started to realize that we were pretty perfect for each other!" 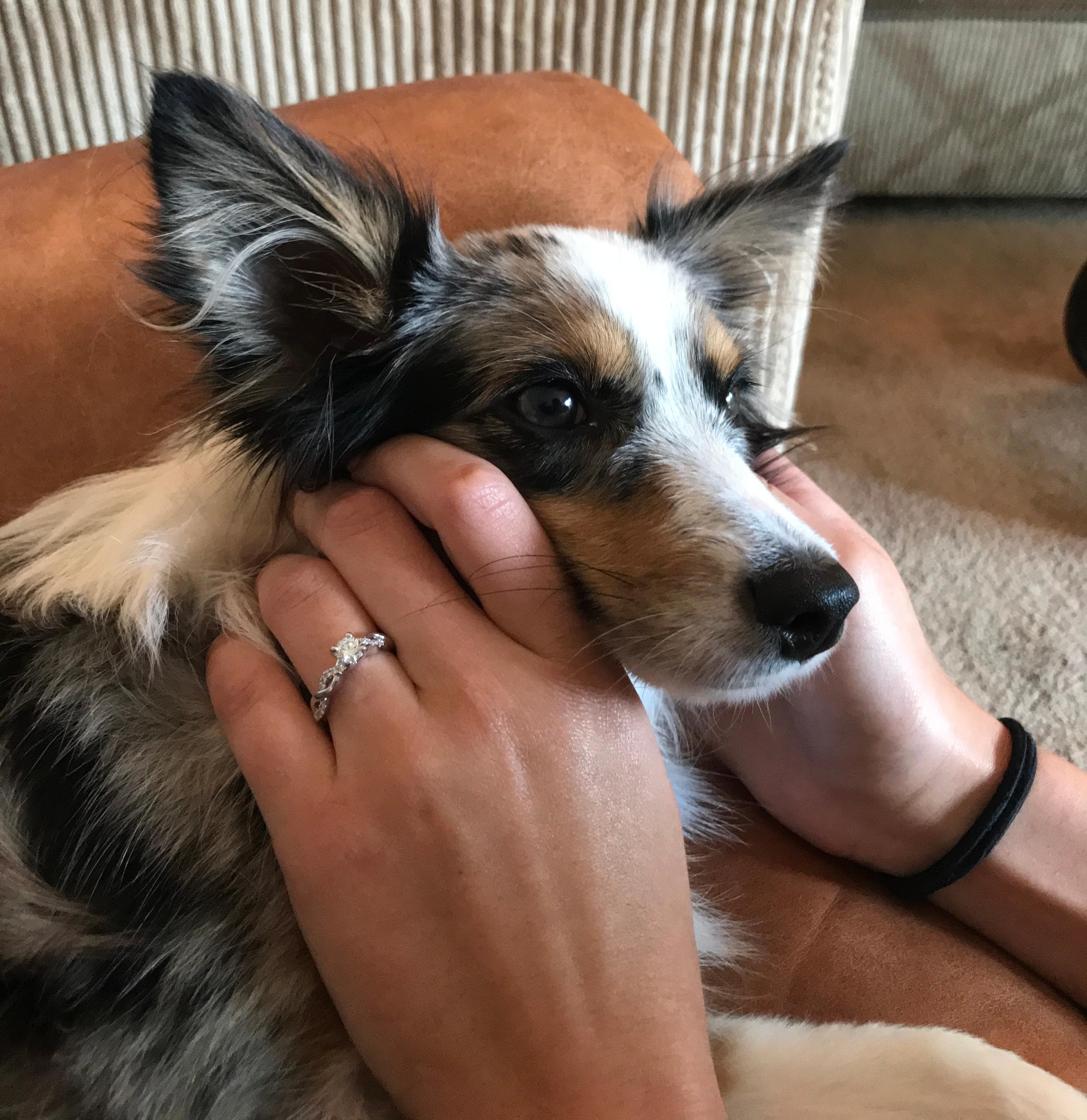 "Toby and I have a little miniature Australian Shepherd together named Kona-Bean, and our favorite part of the day is coming home to him jumping around, happy to see us. On September 22, I went off to work in the morning and when my session ended, headed back home, calling Toby quickly to tell him my ETA. When I arrived, he had candles lit in the apartment, had our favorite Jack Johnson song on and Kona was, of course, jumping around. However instead of being in the other room like ususal, Toby was kneeling down next to Kona. At first I thought he was joking, but then he started telling me that he and Kona love me and regardless of location, or complications, they want to spend the rest of their lives with me. He ended his speech asking me if I would marry him. I, of course, said yes, and we have been busy sharing the news and planning our California wedding ever since!"

"It's an Artcarved 18k white gold diamond ring with a twist design and a round, brilliant cut diamond in the center."