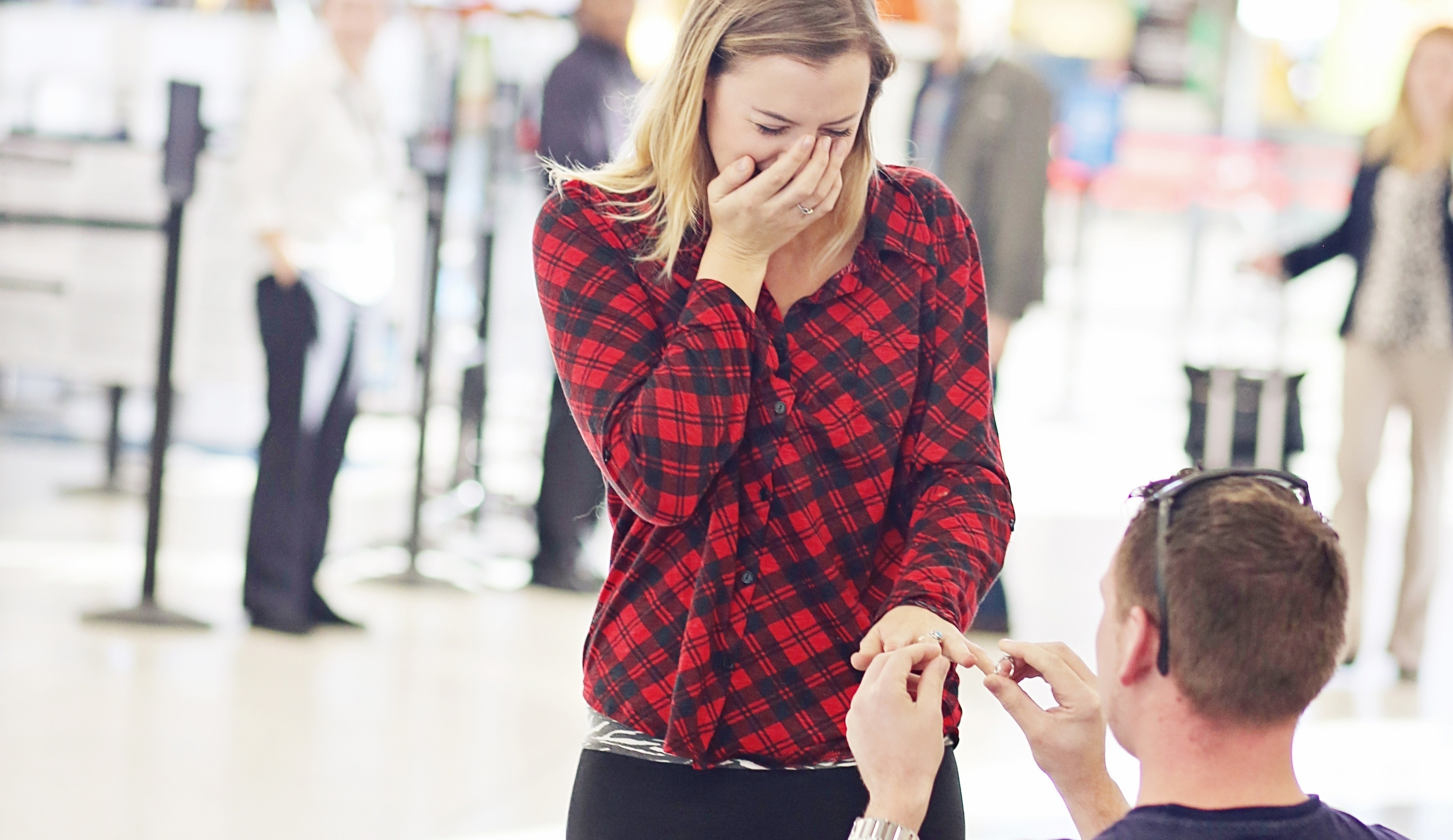 At Long's, we will always go above and beyond to help make memories that'll last a lifetime. Creating special moments is what makes our jobs so enjoyable and fun! That's why, when Trevor approached us with an idea to help him pull of the perfect Logan Airport proposal, we didn't hesitate to offer our assistance.

With our resident photographer, Judd traveled to Logan to be Trevor's go-to man with the ring. Read all about how the events unfolded on that day and all of the surprises that went into making this proposal truly magical:

"All I knew about this particular Monday was that I was going to work and a man named "Judd" was going to sit at one of my tables. He was going to subtly slip me a watch that I intended to give to my boyfriend for our anniversary that coming Thursday during our trip to NYC. This had all been arranged by my manager who is good friends with him and said he was willing to deliver it discreetly. How perfect?! The fact that they both were going out of their way to make this happen made it that much more special.

Now, imagine my surprise, when rather than arriving to work as planned, we had conveniently ended up at the airport after a series of missed exits. Trevor explained, "We were never going to work today! In two hours we are flying to NYC instead of driving there tomorrow. I packed your bag for you, but don't worry, whatever I forgot I'll buy for you when we get there."

My love... is so unbelievable!! He is always full of epic surprises, but this one was up there with the best. I called my sister and my mom, so excited to be getting on a plane just for the sake of flying somewhere! 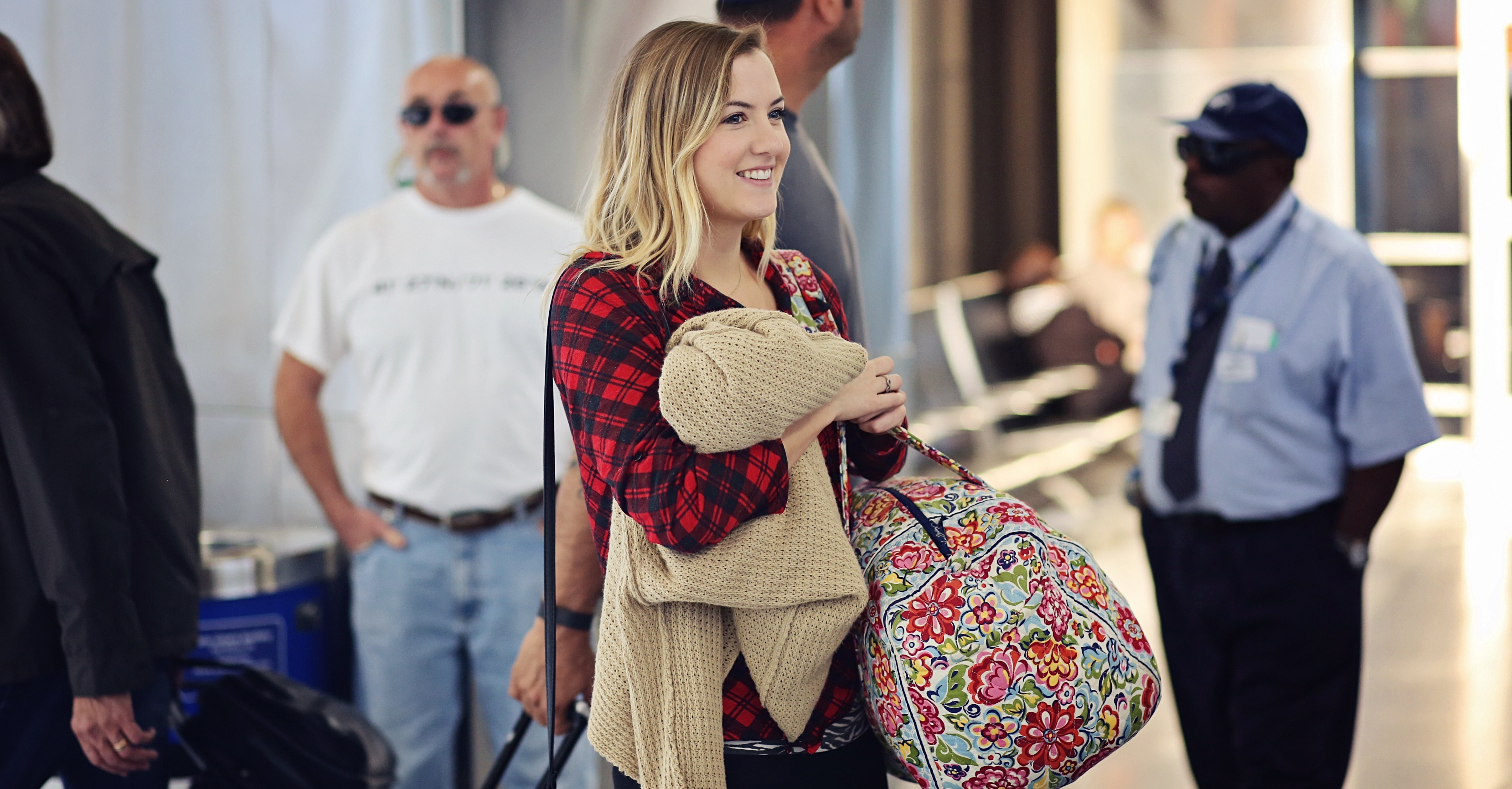 In true "us" fashion, the second we entered the airport we were on the prowl for a restroom. Trevor lead the way through the buzzing Jet Blue terminal with a mission until we stopped suddenly right in the middle. He dropped my hand and walked over to a sharp dressed man with a smile the size of the sun on his face. The man shook his hand as if they knew each other but it was no ordinary hand shake. A tiny blue box discreetly slipped from one hand to the other and I thought to myself, "only one thing goes in boxes that small and perfect."

Trevor took the bags off of my shoulder, and put the sweater I was holding on right on top. I can't even describe the look on his face properly but before the question was even asked I already knew that was the face I was going to smile back at for the rest our lives. Then I looked down at the most perfect object I had ever seen and watched as it found its home on my finger. I'll be honest it was such a whirlwind surprise that all I know for sure is I promised to be his wife and snug him everyday, forever.

After a long and electric embrace he dropped his next surprise... We are going to Disney World!! New York was just a ploy to lure me into the airport and explain the bags. 5 days in Orlando and a fiancé?! It all felt like the best dream.

Luckily! A photographer was also standing with the man who had the ring and was taking incredible photos of the entire experience so not a moment will ever be missed. So incredibly grateful for these photos (and so are our mothers, extra thank you.)

Turns out the best part of this story, seriously, it gets better, is that the mysterious man with the ring is in fact, Judd! The same man who I was supposed to meet at work and one of the owners of Long's Jewelers. As this was hitting me, he pulled out what I like to call phase two of the engagement. He handed me a giant wooden box stamped with the bold label Shinola, and said, "would you like to give him your surprise now?"

I opened the box, dropped down on one knee and gave my fiancé his own version of an engagement ring. Of course, he said yes! His Shinola is an incredible statement piece, not only in style, but the way that he received it speaks for itself. We can't thank Judd enough for going above and beyond in every single way to create one of the most incredible memories we will cherish throughout our life. Long's was so instrumental in every aspect of our engagement story and we will never forget their dedication to creating forever moments like this. Cheers to a lifetime full of surprises and Thank you thank you thank you!!!!!!

Ps. When we got home from Florida my sister surprised us with an engagement kitty! We named him Maverick and he is the real icing on our engagement cake." 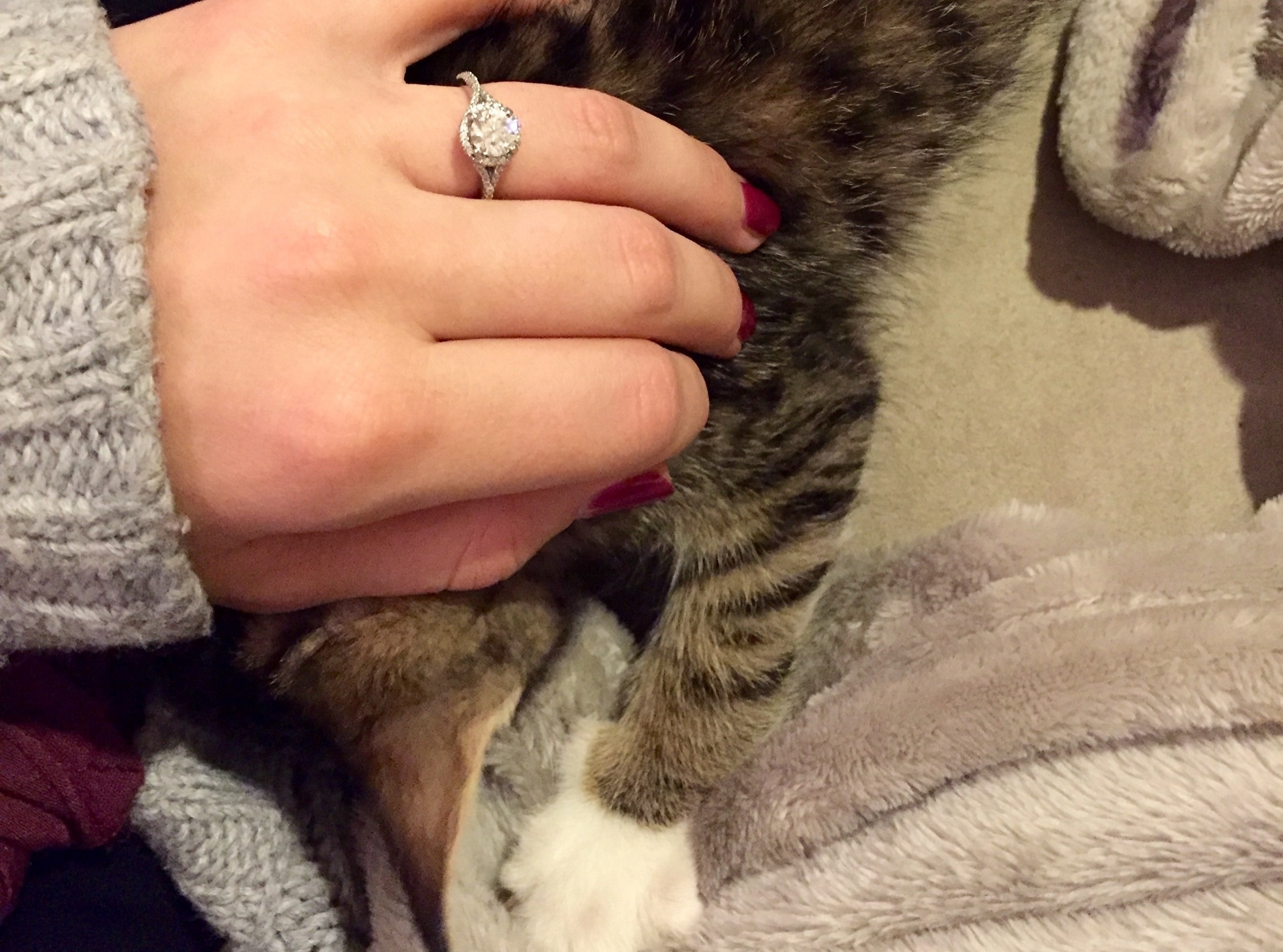