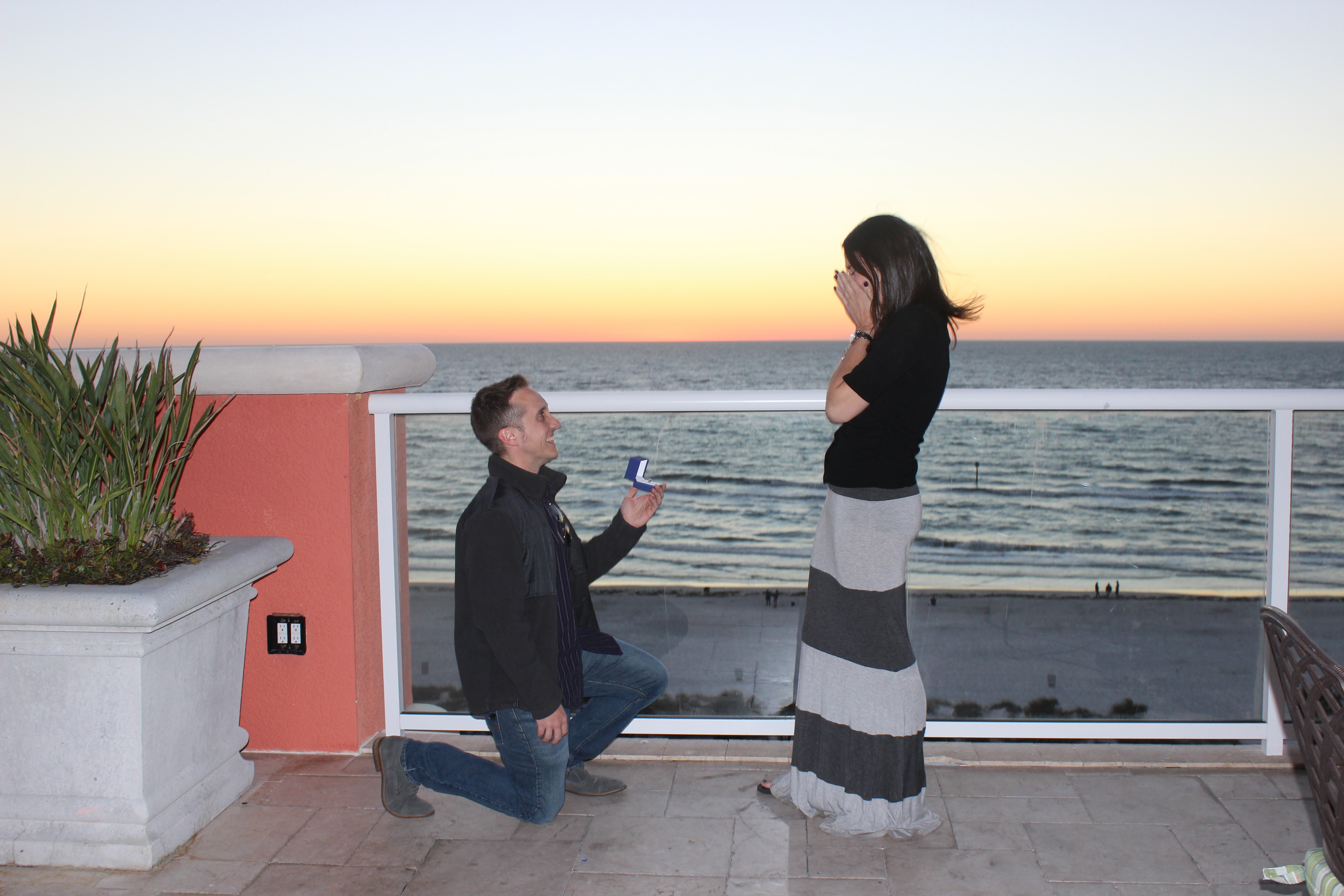 This couple's story is proof that you can still find "the one" at a bar! Read on to see how Rusty surprised Julia with a romantic proposal on their vacation in Florida. On behalf of the entire Long's team, congratulations and best of luck.

"At a bar of all places, one night when we were both out with friends. We ended up at the same place by chance after Rusty's original plans for the night fell through, and I decided to meet up with friends last-minute after having met family for dinner when I had initially planned to just go home. We locked eyes and struck up a conversation, and the rest, as they say, is history! He called me the next day, and our first official date was that night (where we shared a bottle of wine on an empty stomach because we were both too nervous to eat!)"


How did he propose? 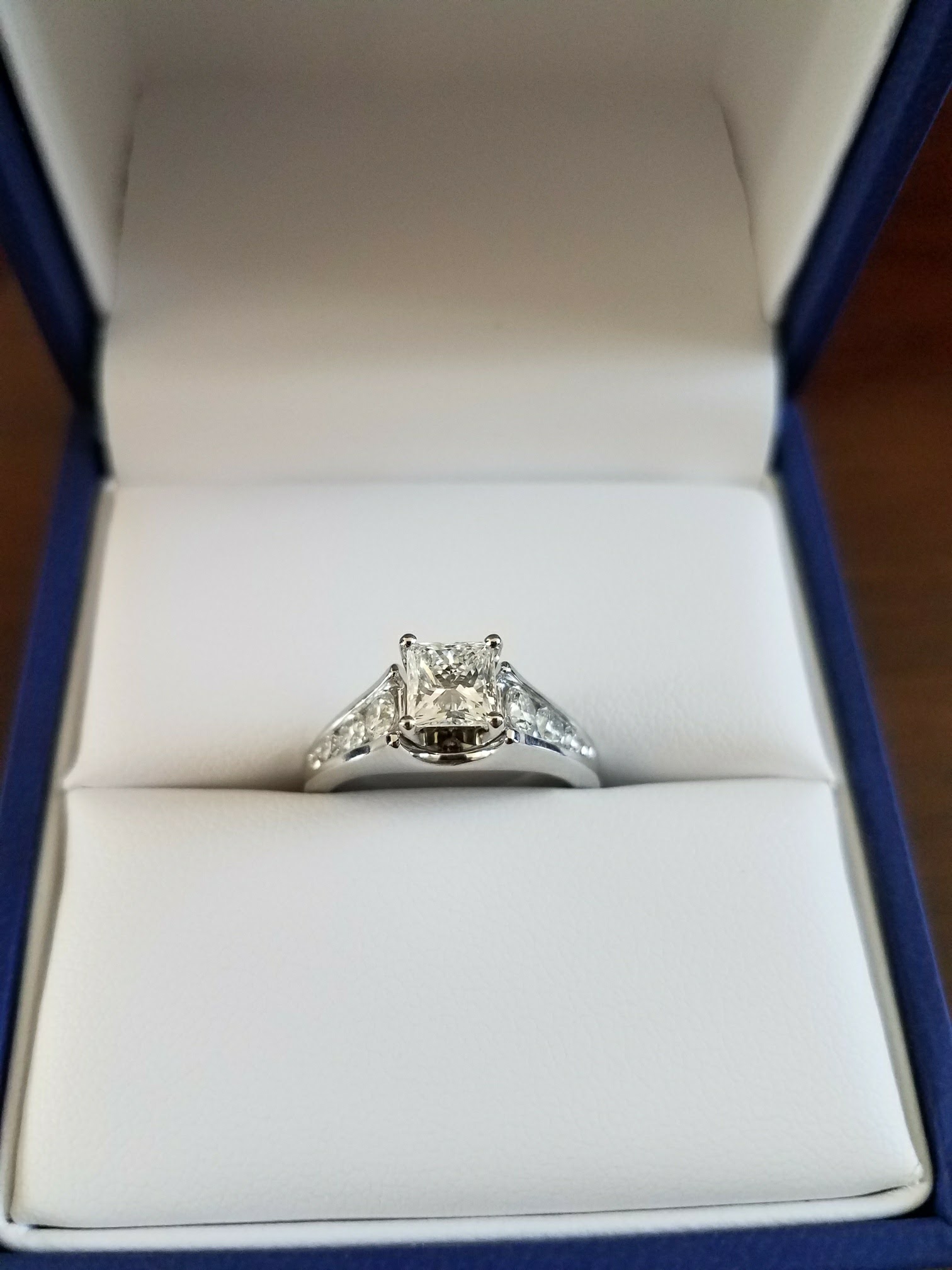 "We were on vacation in Florida and it was my 30th birthday. We had planned to watch the sunset at a rooftop deck atop a hotel on the beach - a spot that held a place in our hearts from a previous trip there in 2015, where we shared a special memory. We arrived just in time to watch the sun setting over the beautiful ocean horizon. Shortly after, Rusty asked if I wanted to have someone take our picture, as we had done this two years prior at the same spot. We walked over to someone with my camera and asked if she could get a photo or two. As we were standing there posing and smiling, Rusty started talking to me and my initial thought was, can this wait until after the pictures are done?! The woman who was taking our photo was having some trouble with the camera and kept coming over to us to ask how to use it and to make sure the couple of pictures she had taken came out okay. Every time she walked away, Rusty would resume talking to me and I soon realized that he was proposing (and the nice woman taking the pictures had no idea what was going on and that she was interrupting!) Most of what he said is a blur and as soon as he took the ring box out of his pocket, things really got fuzzy and I started crying uncontrollably. I didn't even look at the ring at first because I had my face in my hands...finally he said, "Should we put this on and make sure it fits?" And that was when I finally saw the beautiful ring (which, to his relief, fit perfectly). It was all so emotional and overwhelming. I had to ask him afterwards if he had gotten down on one knee and if I had actually said yes, because I couldn't even remember! Thankfully, the woman we had given my camera to continued snapping photos throughout the proposal once she realized what was going on, and she got some amazing shots!

We called a few close family members shortly after to share the happy news and then enjoyed the night together, celebrating with dinner and Prosecco. I was so excited that night I couldn't sleep and kept getting up to look at my ring in the light of the bathroom because it was just so surreal. It's hard to describe the joy I felt and still feel...it was the happiest moment of my life thus far." 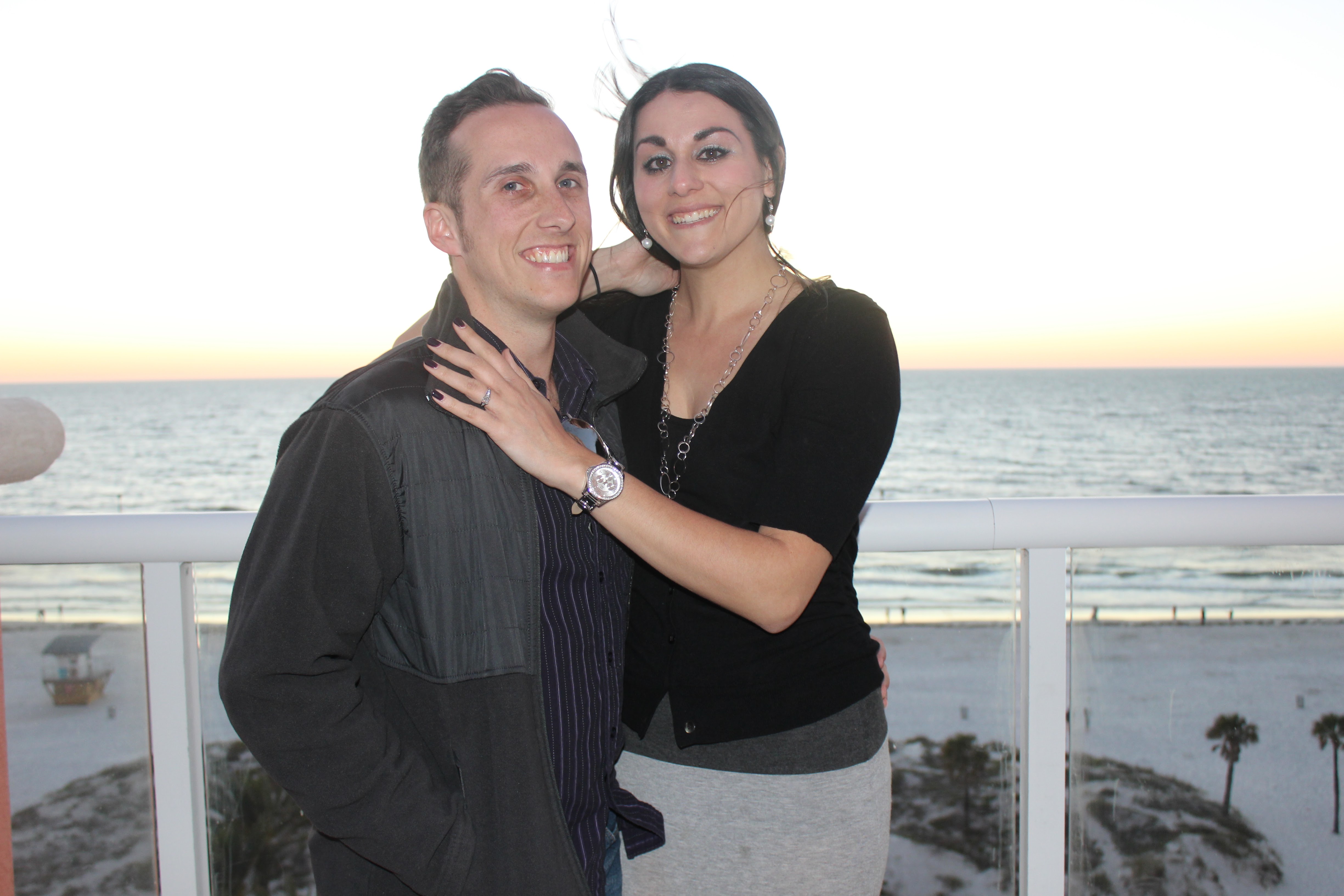 "It's beautiful! Rusty said he saw the center diamond and couldn't stop thinking about it, so he then went back and picked out the setting. He had looked at other rings and nothing else compared. It's a princess cut center diamond with four smaller round diamonds set in channels on either side, in a platinum setting. It's extra special because he knew I liked princess cut but he liked round, so he incorporated both!"