Disney World really is the happiest place one earth! Read on to see how Sean surprised Jillian with her beautiful, new ring while on vacation in Florida. On behalf of the entire Long's team, congratulations and best of luck. 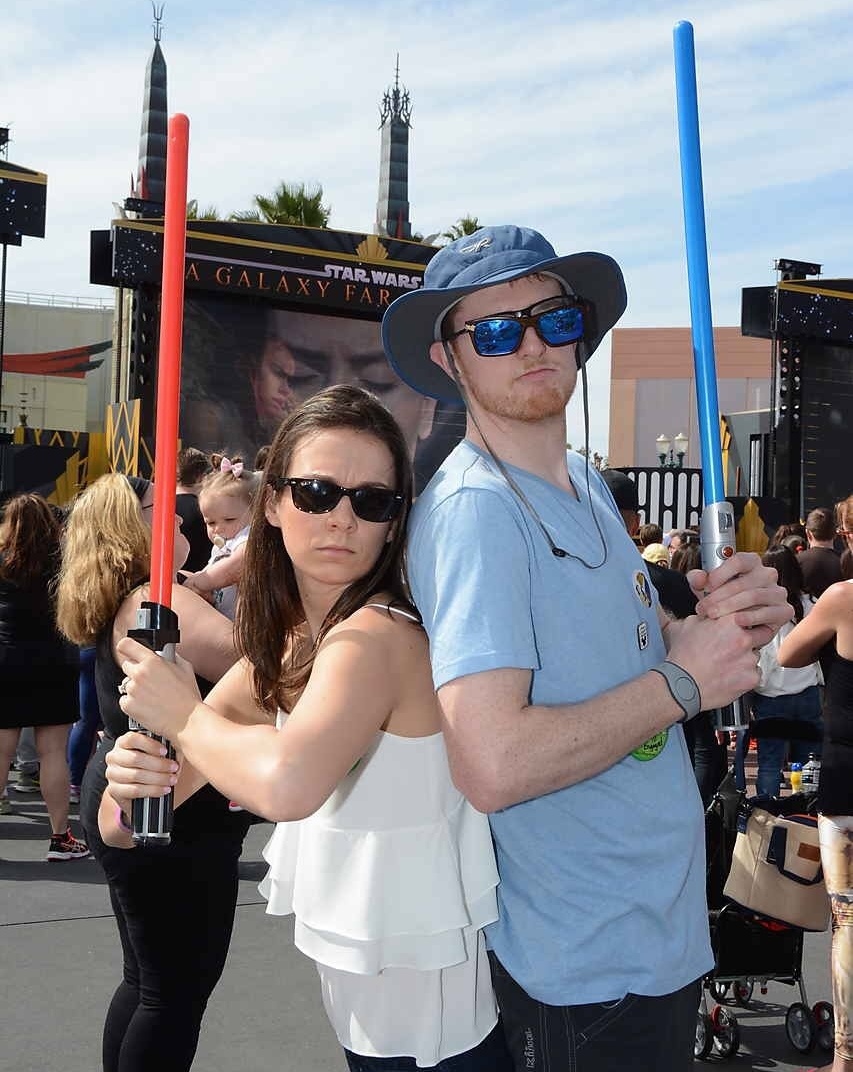 "We met at work. He was a nursing assistant, about to graduate with his bachelor's degree in nursing. I was working as a nurse and transitioning from med-surg to critical care nursing."

"Sean surprised me with a trip to Walt Disney World for my 30th birthday in September. The trip was planned for the beginning of February. It was the longest five months of my life! Originally he had not planned on proposing at Disney. He was going to wait until the spring, and bring me on a hike to the spot where he first told me he loved me. However, when he talked to one of his best friends about where to find the perfect diamond, his friend mentioned Long's Jewelers. Sean first went “just to touch,” or so he thought. The third diamond he saw caused a “flood of emotions!” The only words he could think to say were “it’s beautiful." He bought the ring that day and hid it from me for over two weeks. He even managed to pack it in our shared bags on our flight down to Disney.

Our first day of the trip, we stopped for some pictures in front of Cinderella’s Castle. Sean made me take my sunglasses off prior to our pictures. As we stood in front of the camera I began complaining about how sunny it was and how I couldn’t keep my eyes open. He pulled me into his arms and said “Jillian, I love you and I want you to be my wife.” He got down on one knee and proposed in front of a large Disney crowd. I was so surprised, and said “Yes, of course I will!” We received a round of applause from hundreds of strangers, and were even recognized later in the day by a few groups of people who witnessed the proposal. It was a magical experience, and I couldn’t have asked for a better proposal or a more beautiful diamond!" 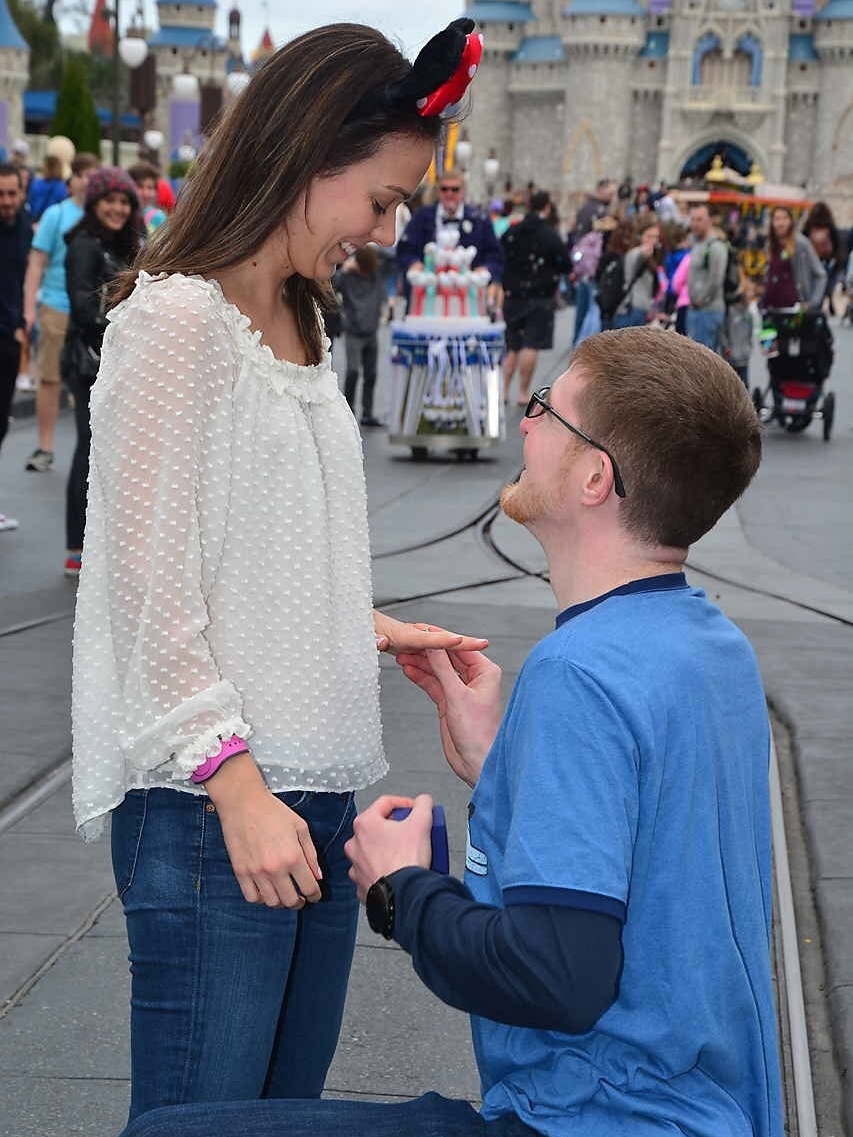 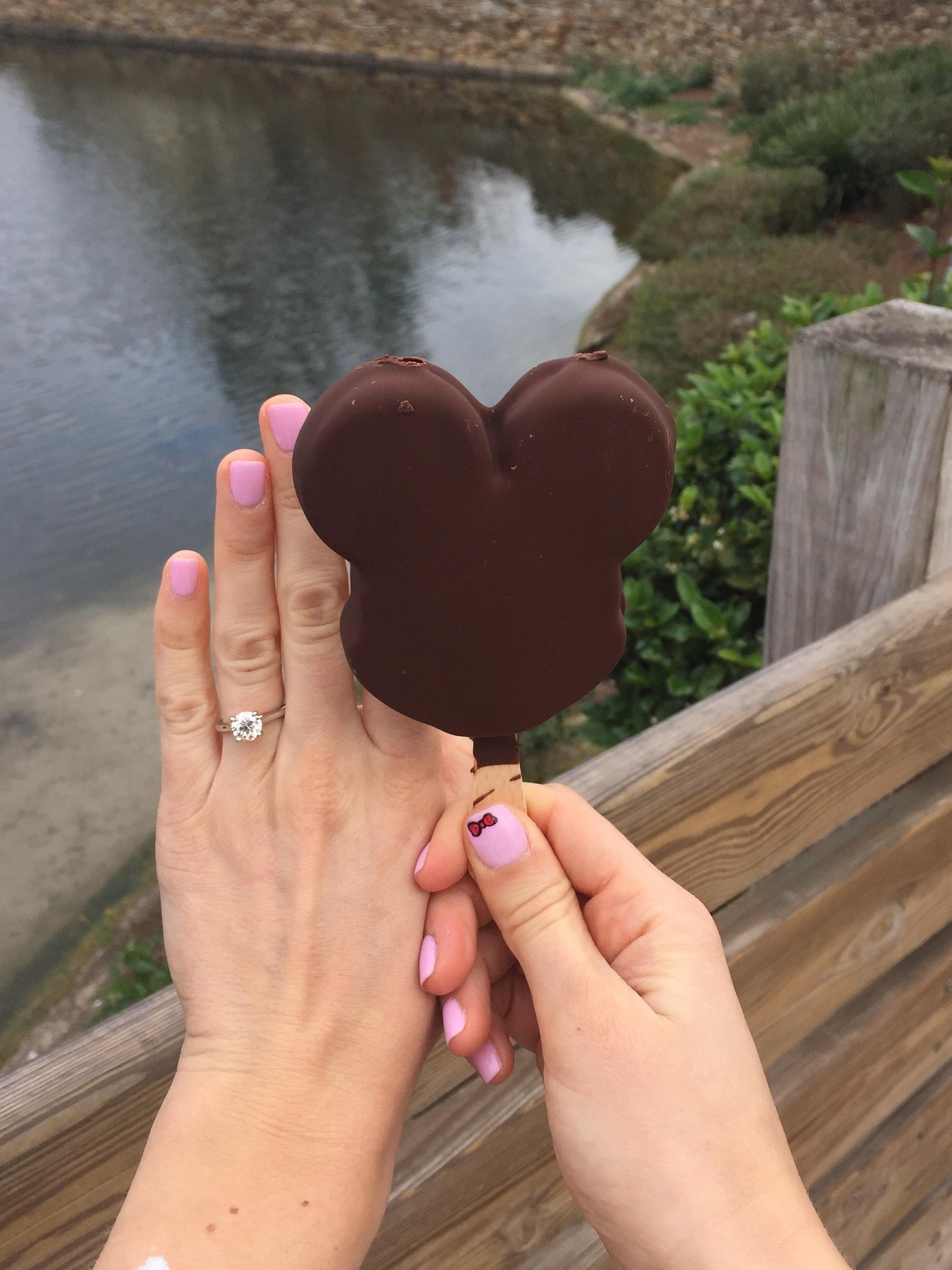 "It is a perfectly cut, round, solitaire diamond set in platinum. It sparkles beautifully even in the dimmest light."