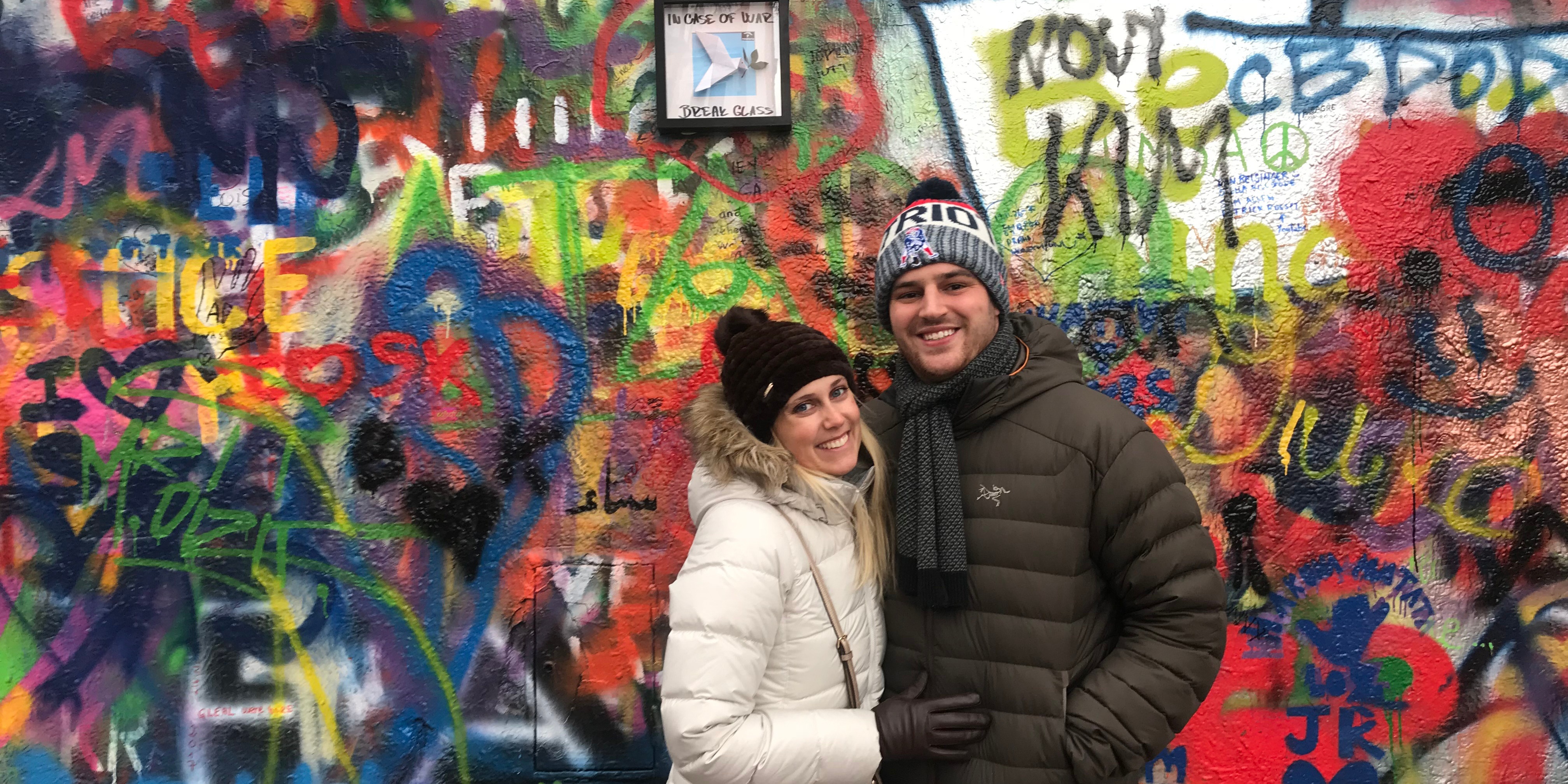 Loving this sweet, private proposal! Read on to see how Matt surprised Jana with her beautiful, new ring while in the Czech Republic. On behalf of the entire Long's team, congratulations and best of luck.

"We met in 2014. It was my first summer in the USA. I worked as a lifeguard and Matt was my supervisor. We didn’t really talk much, but almost a year later he messaged me saying, “Hey, how are you?” I quickly responded, and we have talked every single day since." 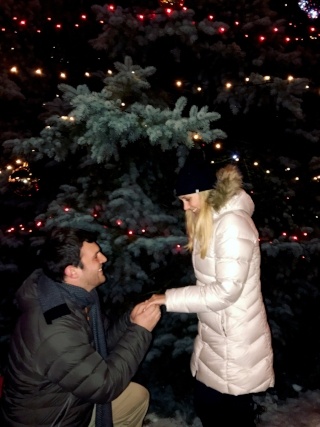 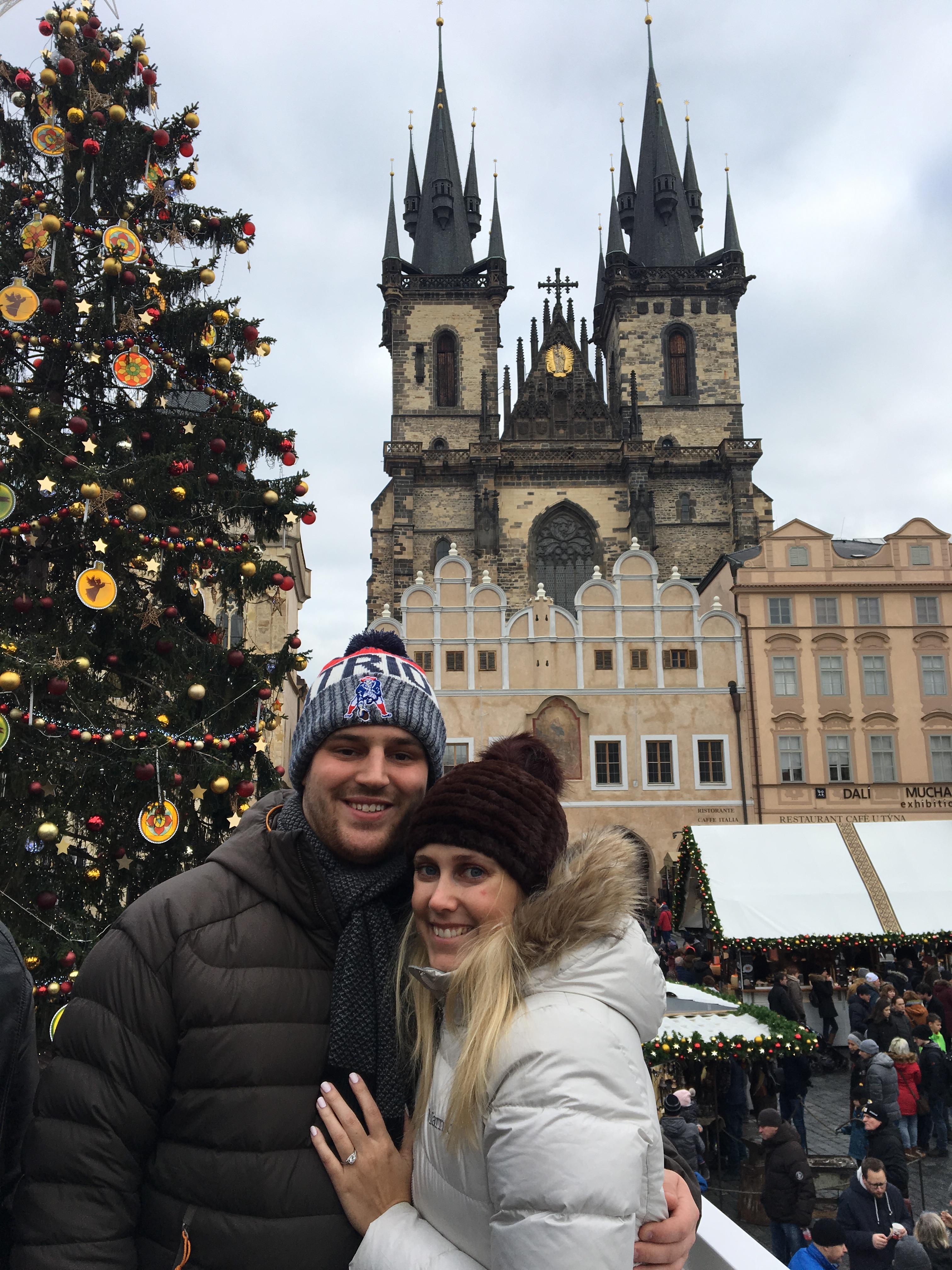 "I am from Europe, but currently living in the States so Matt planned a big surprise with my family. Unfortunately he gave me so many hints that I just knew the proposal was coming. So instead of a big surprise in front of my family, he decided to do something more low key. We spent the night together at my aunt’s bar. When we got back to the hotel after midnight I went to brush my teeth. When I got back from the bathroom, Matt was standing there looking at me. He started with the words, “I love you so much...” I was smiling and couldn't stop the tears coming into my eyes. Then Matt was on his knee, asking me to marry him. I was still crying and trying to say “yes,” but ended up having to nod as an answer instead. It was such an amazing feeling because it was just me and him and the rest of the world didn’t exist at that monent." 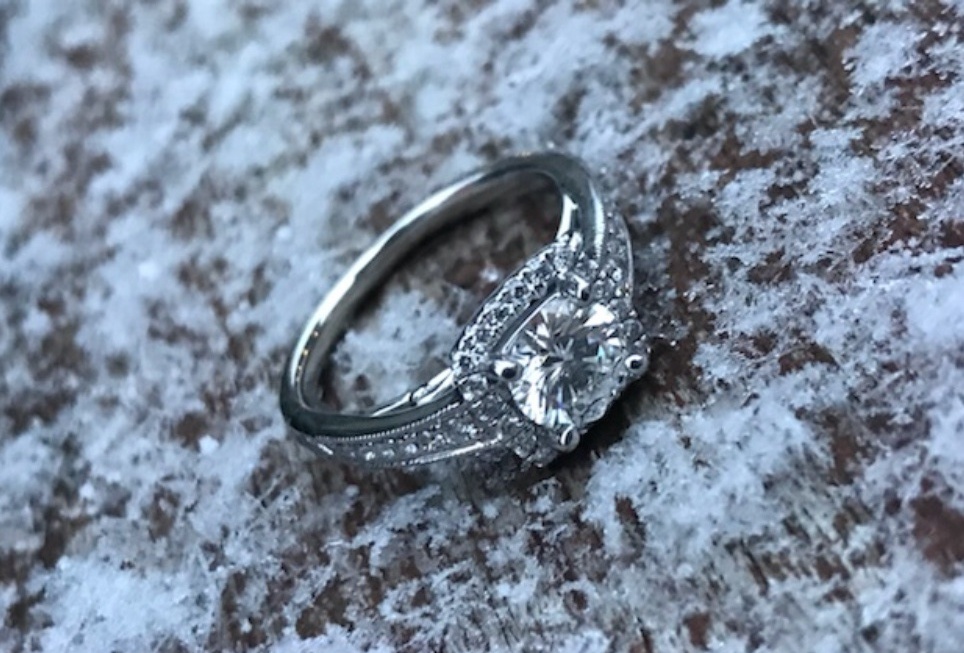 "In the words of my little cousin , “It looks like it is for Cinderella!” The ring is very pure and perfectly fits my style and personality. It makes me love Matt even more because I know he knows me so well."