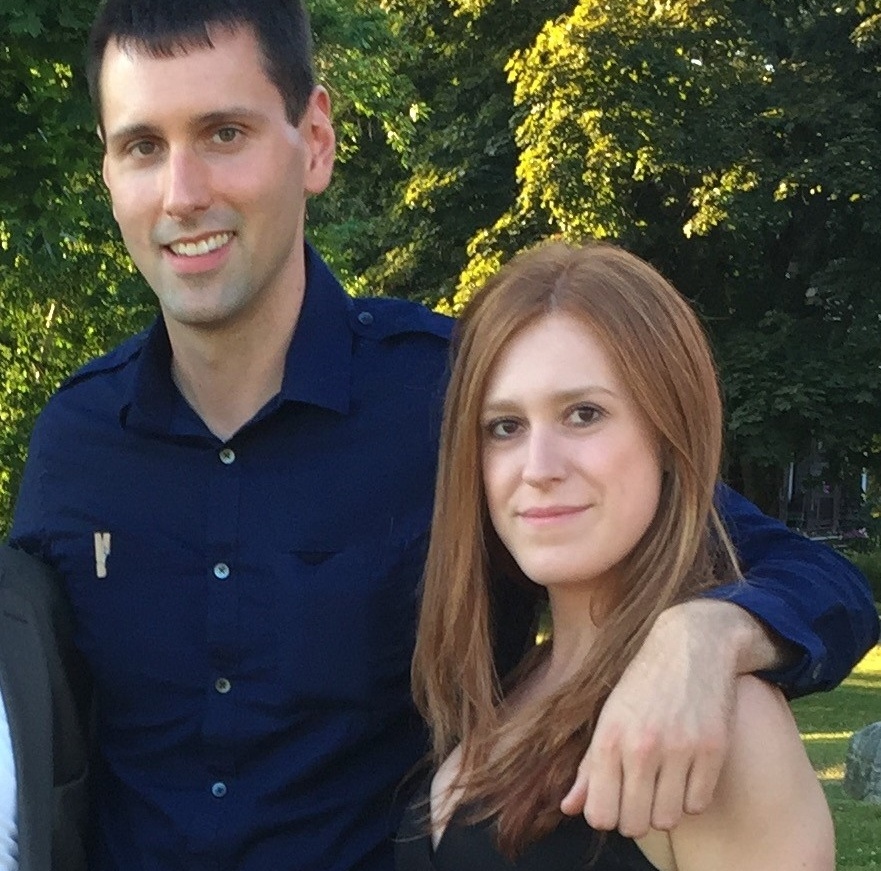 Congratulations to Heather and Nick, and welcome to the Long's family! We loved hearing all the details of their engagement and are head over heels for her beautiful halo engagement ring. Read all about the big day, as described by Heather:

"We met through my best friend who worked with him at Circuit City. All three of us went to the movies the first time we hung out and he would throw popcorn at me just trying to be playful. After that we would hang out with each other every day since, for seven years."

What happened on the day of your proposal?

"Well first off I love Coldplay. Anytime Coldplay comes around this area we go and see them. So the day was July 30th, I had short day at work so I came home, took a nap and we were off to the show. It took us two hours to get to the stadium, and we listened to some of my favorite songs on the way.

When we arrived at Patriot's Place we wanted to grab food and drinks that was another 2 hour wait so we just stood by the bar chatting about which songs I was looking forward to the most. I had looked at the set list from previous shows and broke the news Yellow was the second song in, not knowing at the time that's when he originally planned on popping the question.

We got to the field and found out they had run out of light up wristbands I managed to get the last one they were handing out on that side. So while we were in line waiting for beer the kind lady behind us gave Nick hers and snagged one from a person who had three in his back pocket. We then thanked her by buying her a beer. When we arrived to our seats the show was about to begin. I noticed the woman sitting next to us wristband wasn't working, the tab had gotten stuck so I look over to Nick take his off and handed it to her. She was so happy, I could tell she was a big fan like myself and the bracelet is all part of the experience. Nick didn't mind since we've already been to a Coldplay show that used the light up wristbands.

During the show I would squeeze Nicks hand tightly during the songs I got excited for and we would share a kiss. The show was ending and the band was taking their bows. 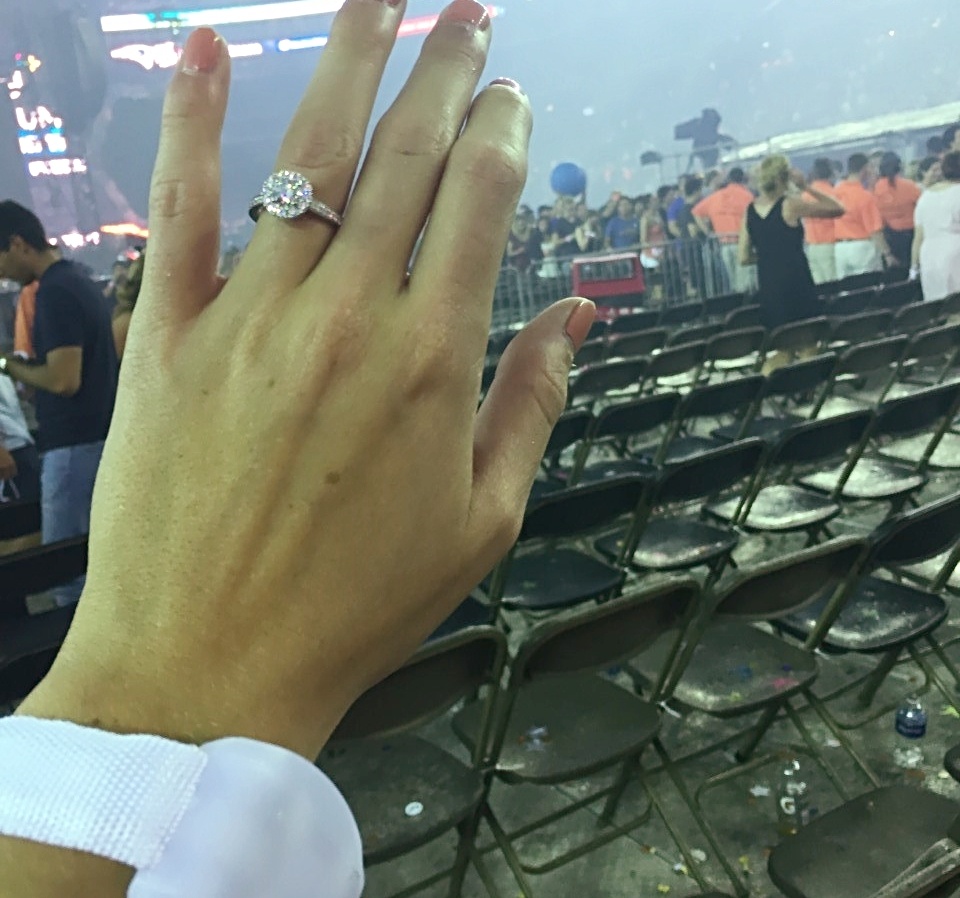 Nicks asks the girl who we gave the wristband to, to take our picture and at that moment I knew something was up. I look over to him and he has his hand in his pocket and gets down on one knee and asks me to marry him. I was so overjoyed with excitement, the girl snapped some pictures of us and then I gave her a big hug. Then Nick and I enjoyed our moment together and we made our way off the field only to wait in the parking lot for another two hours. Totally worth me running on three hours of sleep for my next day at work and celebrating with family. <3"

Love the Long's ring! What is it exactly?

"Round, Halo, platinum and sparkly. It's perfect."