How did you meet?
Through a mutual friend.

Describe the proposal in detail:
In partnership with my fiancee's family, we rigged the annual Secret Santa New Year's Eve tradition, so that I would be her Secret Santa. My gift would be the ultimate gift: I would ask for her hand in marriage, and obviously the ring. I wrapped up the ring inside a huge box with a whole bunch of random objects including candy, Dove soap and a much needed selfie-stick to serve as distractions from the ring box. Although I was technically her Secret Santa, I had asked her uncle to serve as her Secret Santa, in hopes of throwing her off even more. After 30 minutes of gift exchange amongst family members and friends, the moment had finally arrived. As the moment began to unravel, and all of the cell phones in the room began to record this special moment, my fiancee became more and more suspicious of the elements in the big box. When she finally got to the small gift wrapped box in the center of the larger box, she knew what was inside and immediately began to cry. At that point, the secret had been revealed. As she finished unwrapping the box where the ring was placed, I walked over, I took the box from her hand, got down on one knee and the rest is history. Of course, she said yes!

Describe the engagement ring:
The engagement ring has a platinum setting with a halo and round center diamond stone. Its sides are embroidered with smaller diamond stones, while the center stone is .76 karats, which collectively amount to 1.14 carats. The ring is extremely beautiful and delicate - a perfect match for my fiancee! 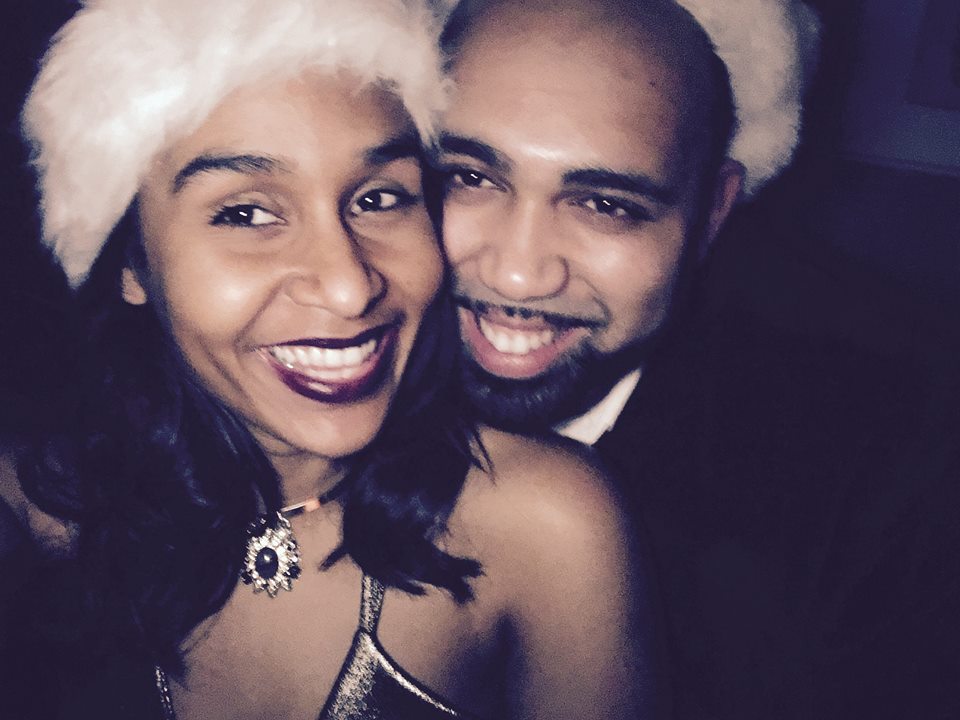