A perfect summertime proposal! Read on to see how Tim surprised Amanda with her beautiful, new ring on Cape Cod. On behalf of the entire Long's team, congratulations and best of luck. 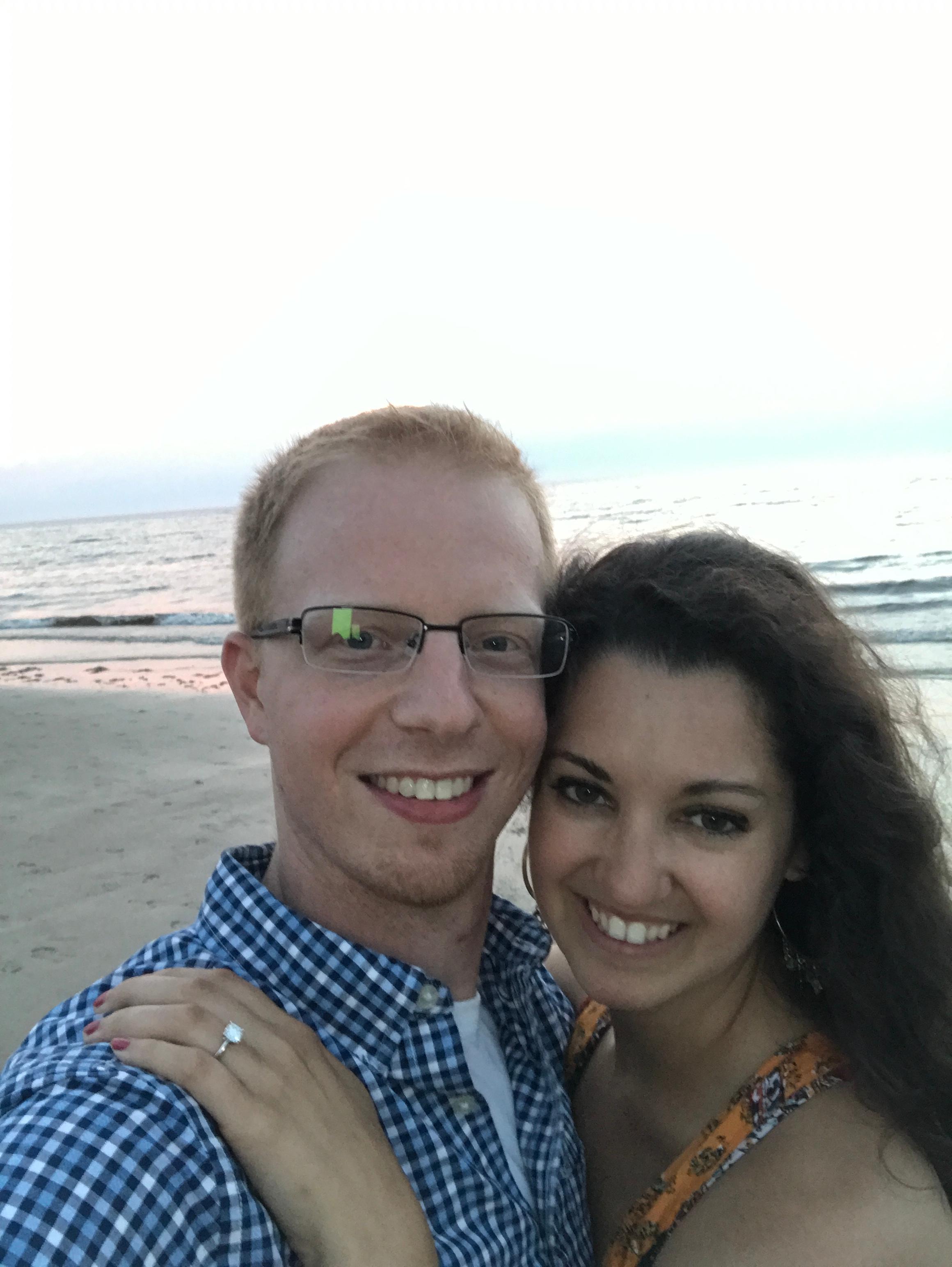 "Six years ago in college! We are both from the east coast, and met at Purdue in the Midwest. The number one thing we bonded over wasn't our common home location, but the fact that we are both Bruins fans! We refused to tell people we were dating in college because we didn't want to fall for each other, but it was inevitable!"

"Every year, Tim and I go to Cape Cod for a week in the summertime. This year was the best vacation yet: the year he proposed! The first night we were on the Cape, I was nagged Tim about going down to the beach to watch the sunset. Ten minutes before sunset, he said "Okay, you want to go to the beach? Give me just one second." He ran into the bedroom to "get something"(little did I know it was a box from Long's Jewelers). We started walking to "our beach" as we like to call it, a private beach on the shore of Dennis. As we're walking, staring at the sunset, he started getting super romantic telling me how much he loves me. He kept walking slowly so I felt like he was going to propose, but second guessed myself because it had been my idea to walk the beach in the first place. Eventually, I had talked myself out of him proposing, but then he stopped, told me how beautiful I looked, and said "So I bought you something..." I gasped! Then he said, "I want to spend the rest of my life with you. Will you marry me?" He got down on one knee in the sand just as the sun was setting. Of course I said yes! It was everything a little girl from the east coast could ever dream her proposal to be: absolutely perfect."

"Everything I have always wanted! Cushion cut, solitaire, plain band. Classic and timeless!" 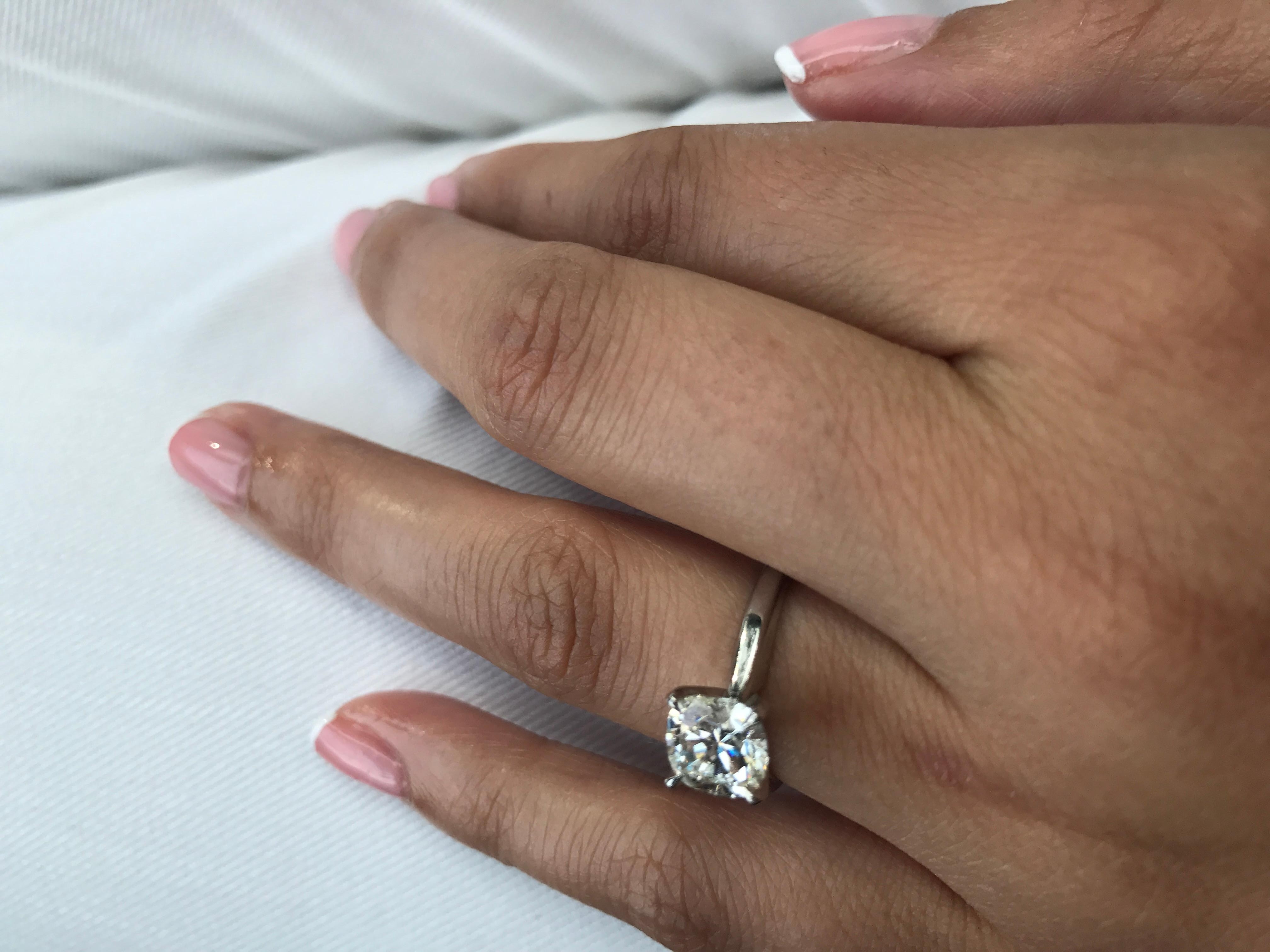