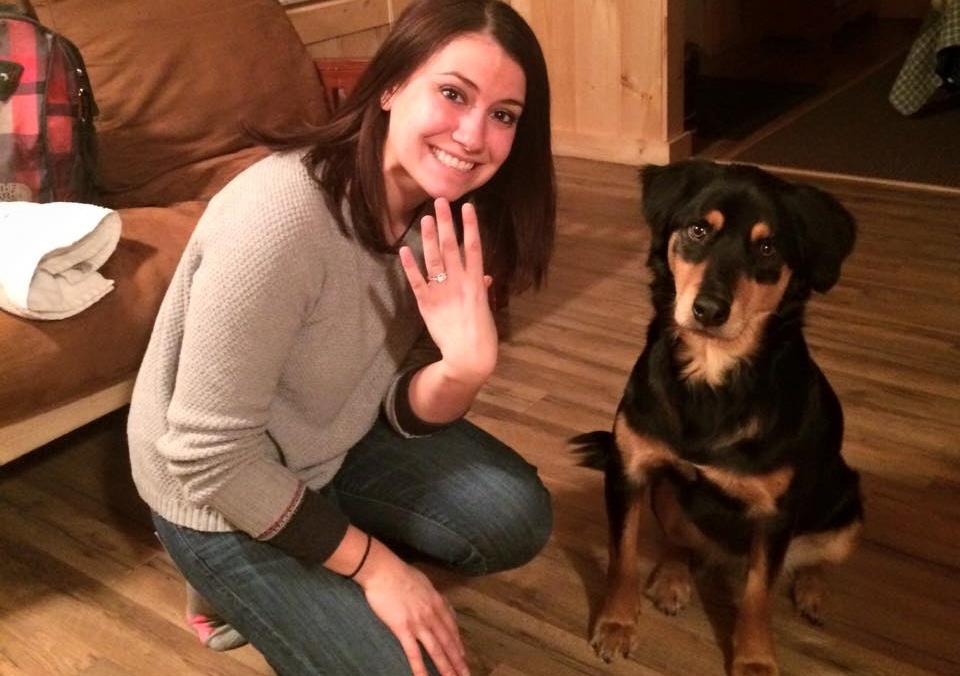 A special thank you to Aliza and John for sharing this adorable proposal story! Not to mention, her Long's engagement ring is absolutely stunning. Congratulations to a wonderful couple from all of us here at Long's. Read all about the proposal, as told by Aliza:

"We met through mutual friends while vacationing down the cape- years later we re-met at one of our favorite pubs in Salem where he 'dared' me to go sailing with him the next day- (which I did) and we became best friends and in love after that sail." 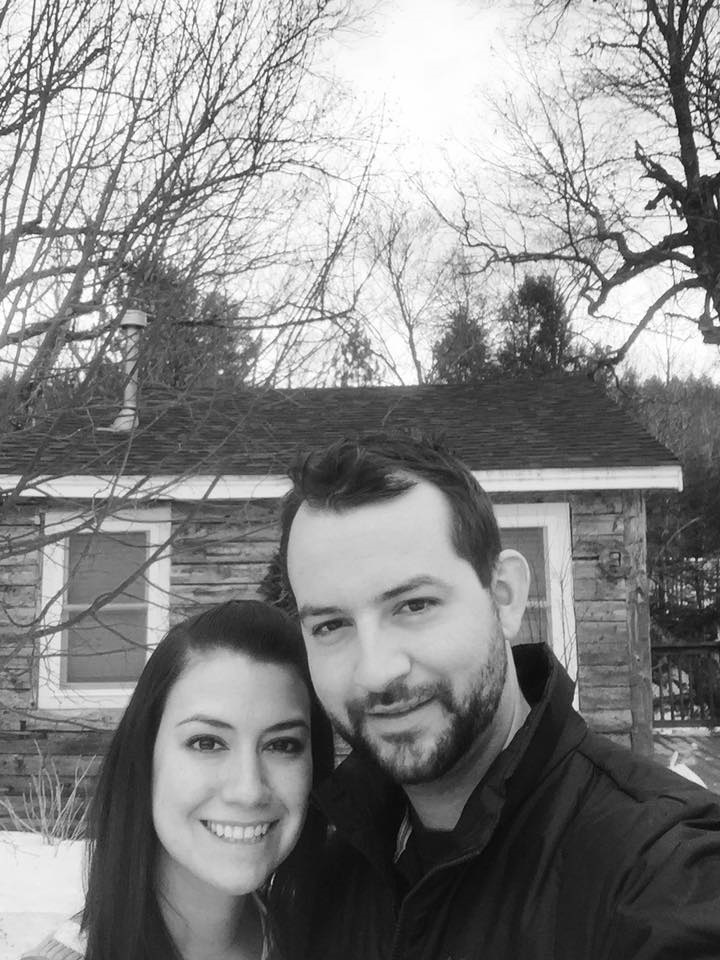 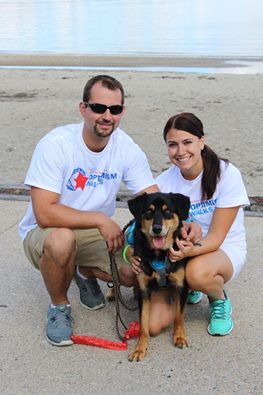 "John and I had been dating for about 6 years. We bought a house about a year ago and our first fur baby (our dog) Gertie. We planned our annual Valentine's Day trip to the Pemi Cabins a week early as I was scheduled to work at the hospital on Valentine's Day this year. We planned to go up on Friday the 5th, and despite the massive snow storm we got on that Friday, we were going up no matter what for our trip which included our four legged baby Gertie.

After finally arriving and settling into our cabin with a glass of one of my favorite red wines, I noticed our pup sitting with pride and eloquence. So as a proud mom does, I took about ten pictures, failing to notice the sparkly diamond tied with black para-cord around her neck. After about ten pictures, I noticed what looked like a feather (actually was the end of the rope). My actual words were "what the heck is on Gertie a feather or something?" and I continued to take a few more pictures.

After reviewing the photos and seeing the feather again I finally went over to take it off her it was then I noticed my beautiful engagement ring on our pup. The only response that came to mind was "YOU WANNA MARRY ME?!" and John sitting quietly observing this whole event from the cabin's table replied "Yes, what do you say?" I exclaimed "YES I wanna marry you!" That was that, we were at-last engaged."